Towards evidence-based general practice in rural and remote Australia: an overview of key issues and a model for practice 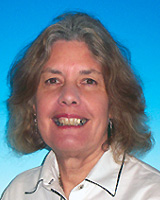 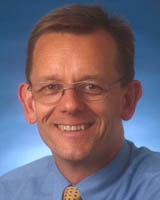 Taylor J, Wilkinson D, Blue I.  Towards evidence-based general practice in rural and remote Australia: an overview of key issues and a model for practice. Rural and Remote Health 2001; 1: 106. https://doi.org/10.22605/RRH106

© Judy Taylor, David Wilkinson, Ian Blue 2001 A licence to publish this material has been given to Deakin University, deakin.edu.au

What is evidence-based medicine?

There is a clear consensus in the literature that evidence-based medicine can be defined as the 'conscientious, explicit and judicious use of the best available evidence in making decisions about the care of individual patients'3. It is important to dwell briefly on the components of this definition as it allows us to reflect on what evidence-based medicine is, and is not. First, the activity should be conscientious, meaning that that it needs to done with care and with structure; it is not a haphazard activity. Second, it is explicit, being precise and clearly expressed, leaving nothing to implication. Third, evidence-based medicine is judicious, literally 'based upon good judgement'.

The detractors of evidence-based medicine often claim that it is 'medicine by numbers' or 'cook book medicine', simply a set of rules of what to do and when. However, the definition given above indicates this is not so as judgement, involving making critical distinctions and achieving a balanced viewpoint, must be applied.

Next, the definition talks about using the 'best available evidence'. Best evidence is, in principle, undoubtedly derived from properly conducted randomised controlled trials. But, when such evidence is not available, as is often the case in general practice - then evidence derived from other study types should be considered. This is done noting the levels of evidence and their sources, and hence influencing the strength of recommendations that flow from them.

Is evidence a constraint or an opportunity in general practice? Should all recommendations given to patients however simple, be supported by high quality evidence from properly conducted randomised trials4? There is broad acceptance among general practitioners that there is value in an evidence-based approach to medicine and that clinical practice guidelines are useful in some settings5-9. However there is a gap between holding such positive views and consistently using an evidence-based approach in clinical practice. Barriers to using evidence in general practice have been identified as shown in the list below6,8-10.

Barriers to the use of evidence in general practice

The following barriers have been identified:

There are other factors that make rural general practice distinctive. Rural and remote GPs are generally geographically isolated from each other and from academic settings. They may practice from several locations and accessing continuing medical events may be difficult2.

While the barriers identified above apply in urban and rural locations it is proposed that rural and remote GPs may experience additional barriers to delivering best practice to their patients and communities.

Rural GPs require a broad base of evidence because of the complexity and range of their work and it is often more difficult to access this information in rural areas. Unreliable and costly Internet access is still a factor and working from several locations may mean that the evidence is not always at hand. In rural areas, because of the isolation from centres of evidence-based practice it may be difficult to build a culture that supports this practice. In addition rural GPs must consider factors such as the distance the patient must travel to the surgery, the patient's lifestyle, and the availability of services.

While the barriers mentioned above may influence the application of evidence the paradigm of evidence-based practice itself may be perceived in such a way that it in itself produces a barrier. The foundation of the best available evidence is always the basis of evidence-based practice. However rural general practitioners may find it helpful to have explicit recognition of the importance of integrating clinical experience, patient needs and preferences and factors about the rural context, with the foundation of the best evidence.

Therefore a model has been developed that suggests best practice occurs when there is a fusion of knowledge derived from the best available evidence, clinical experience, and knowledge of the patient's lifestyle and preferences. All this is considered in the rural context.

In addition there are other factors that must be attended to if there is to be an increase in the uptake of evidence-based practice.

There must be an environment that supports and maintains best practice. This environment may be developed through credible opinion leaders practicing and promoting evidence-based practice in rural and remote areas1. Structural issues such as management systems supporting evidence-based practice must be addressed and practitioners must be able to quickly access evidence1. Currently 75% GPs in large rural centres and 67.5% in small rural centres use computers in their practices16. An important skill for GPs to learn then is where to look for evidence that is easily accessible, relevant, and in a summarised form.

In rural and remote locations, it was shown that a lack of clinical leadership, inadequate information technology and a lack of management expertise have hindered change1. There is also the time honoured and accepted way of doing things. However some communities and their practitioners may be ready for - and even demand - change. An example of this is in North Queensland, Australia, where the drive for change came from an Aboriginal community's level of concern at the prevalence of Type 2 diabetes1. Perhaps one way of ensuring greater use of evidence-based medicine is to work with rural communities to ensure that there is a growing demand for it.

To ensure equity in the delivery of health care to rural Australia the uptake of evidence-based practice must be increased. This uptake requires implementation strategies that acknowledge the differences between metropolitan and country general practice and the real barriers faced by rural GPs.

Some barriers facing rural GPs are specific to their location, and include geographic isolation from a culture of evidence-based practice and time constraints. Barriers that are shared with metropolitan practitioners include gaps in available evidence, the complexity of consultations, and the role of technology. Rural GPs may be more likely to change their practice if they understand that best practice is actually a fusion of evidence-based medicine, clinical experience and patient preferences in the rural context and may be assisted by using the model described.

This study was undertaken with a grant from the Commonwealth Department of Health and Aged Care through the Rural Health Support, Education and Training (RHSET) Program. The authors acknowledge Dr Danielle Mazza, National Director QA&CE Program RACGP and Dr Sarah Russell Project Officer in undertaking a literature review on the implementation of clinical practice guidelines in general practice

This PDF has been produced for your convenience. Always refer to the live site https://www.rrh.org.au/journal/article/106 for the Version of Record.