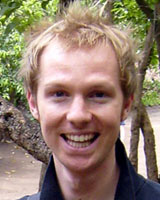 © Peter Hulme 2009 A licence to publish this material has been given to ARHEN, arhen.org.au

The World Health Organisation estimates there are approximately 3 million cases of needlestick injury (NSI) in healthcare workers (HCW) each year, with 90% of these occurring in developing countries1. Student nurses are thought to be at high risk of NSI due to poor technique, inexperience and poor use of universal precautions2. There has been little research into the incidence of NSI in African HCW.

Anonymous questionnaires were given to all students in years 1 to 3 at Kuluva School of Comprehensive Nursing in Arua District in Uganda.

The mechanisms of injury in the cases of NSI were variable see (Table 2).

Five (25%) of the NSI occurred in students not wearing gloves. There was no uptake of PEP where it was indicated, despite availability.

Needlestick injury is a common problem encountered by student nurses and may lead to HIV, or hepatitis B or C infection3. In 16 (80%) of the NSI cases the cause was the students' poor technique or practice. The other four cases occurred in the operating theatre and were accidentally caused by the surgeon performing the operation. All these cases could potentially have been prevented by better technique, concentration and education.

Post-exposure prophylaxis (PEP) has been shown to reduce the risk of HIV transmission4 but in this study PEP was not used by any students despite it being clearly indicated. The reasons for not taking PEP may include perceived stigma or fear of taking antiretroviral drugs, the lack of a formal reporting system, inexperience and poor awareness of the risk of disease transmission.

Nine cases of NSI occurred with patients of unknown serostatus, and suggested the students were not ascertaining the HIV status of their patients. Reasons for this could be that the student was too afraid or embarrassed to ask; afraid of letting the in-charge nurses know what had happened; ignorant of the risk; or because the patient refused permission to test their blood. The importance of determining the serostatus of the patient should be emphasised to students because it will permit appropriate use of PEP and discourage inappropriate use.

Needlestick injuries are a common occupational hazard for student nurses due to poor technique and human error. Almost all cases are preventable. Good education with an emphasis on universal precautions, combined with the safe disposal of sharps and the appropriate use of PEP must remain at the forefront of the battle to reduce the incidence of NSI, and the risk of the transmission of blood-borne diseases in developing countries.

2. Ofili A, Sogbesan S. Knowledge and practice of universal precautions among student nurses at a Nigerian teaching hospital. Africa Journal of Nursing and Midwifery 2003; 5(2): 39-43.

This PDF has been produced for your convenience. Always refer to the live site https://www.rrh.org.au/journal/article/1185 for the Version of Record.