Economic importance of the health-care sector in a rural economy 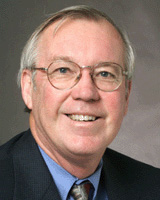 © Gerald Doeksen, Val Schott 2003 A licence to publish this material has been given to Deakin University, deakin.edu.au


High quality service infrastructure is an essential component of a society's growth and development. If facilities and services deteriorate and/or become inadequate, economic growth is deterred and quality of life of those in that society is adversely affected. A viable health sector is a major component of a community's infrastructure, and attracting new firms to provide jobs and economic growth can be extremely difficult without quality medical services. The health sector at community level is not generally perceived as a large employer; however, in many rural communities, the hospital is the second largest employer1 (the largest employer is often the school system).

However, as in rural communities the world over, US rural communities are struggling to provide primary health-care services, and more changes are occurring to the delivery of health care than ever before. Rural hospital and physician networks are being created. Managed care is being introduced into US rural communities. In addition, fiscal problems with Medicare (the US Federal health entitlement program for elderly, disabled and kidney dialysis patients) and Medicaid (the US joint Federal- and State-funded health entitlement program for low-income and needy people) may impose additional financial stress.

Atoka County is a rural county located in south-eastern Oklahoma, USA. The census of the year 2000 found the population of the county to be 13 879, or approximately 5 people per km2. Like most rural counties, it has one population center, in this case the city of Atoka, which serves as the county seat. The only hospital in the county is located in Atoka. The year 2000 census population for Atoka was 2988; other county communities have less than 500 people. Approximately 10 000 people reside in the county's rural areas. The year 2000 average per capita income was significantly lower that the state average per capita income level (US$14 887 and US$23 350, respectively) which is typical of rural counties. Atoka County is well known for its hunting and fishing. Approximately 50% of its 2564 km2 is forested and includes several mountain streams and man-made lakes.

A case study approach, was used based on the rural city of Atoka.

To enable community development specialists to measure the secondary benefits of the health sector on a rural community, a computer spreadsheet was developed that used county 'IMPLAN' multipliers2. MicroIMPLAN estimates five sets of multipliers that correspond to three measures of regional economic activity2. These measures are:

IMPLAN can construct an input-output model for any region in the USA by using available state-county-level data. The complete methodology, which includes an aggregate version, a disaggregate version, and a dynamic version, is presented in a guidebook2,3. The applications of the model and its data requirements are discussed in another publication4. Adequate data for impact analysis, although not as readily available in some international regions, are obtainable to duplicate this analysis from local data sources such as records of employment, population census and industry business pattern data. A brief review of input-output analysis follows in order to clarify the results of IMPLAN analysis.

Input-output (I/O) analysis5 was designed to analyze transactions among the industries in an economy. Detailed I/O analysis is not a benefit-cost analysis but captures the indirect and induced interrelated circular behavior of the economy. For example, an increase in the demand for health services requires more equipment, more labor, and more supplies; which, in turn, requires more labor to produce the supplies. By simultaneously accounting for structural interaction between sectors and industries, I/O analysis gives expression to the general economic equilibrium of a system. The analysis departs from reality because of linear and fixed coefficients and lack of opportunity for substitution among inputs and outputs. The analysis also assumes that average and marginal I/O coefficients are equal. Nonetheless, the framework has been widely accepted and used.

I/O analysis is useful when carefully executed and interpreted in defining the structure of a region and the interdependencies among industries, and in forecasting economic outcomes. The I/O model coefficients describe the structural interdependence of an economy. From these coefficients, various predictive devices can be computed, which can be useful in analyzing economic changes in a region. Multipliers indicate the relationships between some observed change in the economy and the total change in economic activity created throughout the economy.

The total impact of a change in an economy consists of direct, indirect, and induced changes. Direct impacts are the changes in the activities of the focus industry or firm, such as the employment and income associated with the health sector. The secondary impacts are the additional changes due to the direct activities of the health sector businesses and employee spending. Secondary benefits include the indirect changes to employment and income generated in other business and the induced changes in local household spending.

The direct economic activity of the health sector in Atoka County is presented (Table 1). This sector is typical of many rural areas, with one hospital, two physicians' offices, two dental offices, two nursing homes (residential aged care facilities operated separately from the hospital), and two pharmacies. It should be noted that many rural Atoka communities (in common with most small rural US communities) have a large number of elderly people because ranchers and farmers often live their retirement years in the towns. Thus, nursing and protective care facilities are an important component of the health sector. The total employment of the health sector (539 full time equivalent) accounts for more than 11% of the total non-farm employment in Atoka County with an estimated annual payroll of US$10 355 317.

Secondary impacts of health sector on the economy of Atoka County, Oklahoma

Employment and income multipliers for the area have been calculated using the IMPLAN model and are shown in Table 2. To measure total impact, a Type III multiplier is used to compare total effects (direct, indirect and induced) with the direct effects generated by a change in final demand. IMPLAN estimates Type III-induced effects based on the changes in employment and population to minimize the overestimation that occurs with a linear consumption function2. The Type III employment multiplier for the hospital component was 1.70. This indicates that for each job created in that sector, 0.70 additional jobs were created throughout the area due to business (indirect) and household (induced) spending.

Table 2: Economic impact of the health sector on employment and income in Atoka County, OK, USA

The Type III income multiplier for the hospital sector was 1.47 (Table 2), which indicates that for each dollar created in that sector an additional $0.47 is created throughout the area due to business (indirect) and household (induced) spending. The Type III income multipliers for the other four health sector components are also shown (Table 2). Applying the income multipliers to the income (employee compensation and proprietors income) for each of the five health sector components yielded an estimate of each component's income impact on Atoka County.

Income was shown to have an impact on retail sales in the case study where the projected ratio between county retail sales (direct and secondary) and income generated by the health sector and its employees was predicted to yield a total of US$6 370 068 in retail income. The allied sales tax collection may have been underestimated because comparatively-low paid health-care employees were deemed likely to spend a larger proportion of their income locally.

This study has demonstrated the economic importance of the rural-health sector by quantifying its impacts on employment and payroll. Similar to other Oklahoma analyses, the health sector directly employed more than 10% of the non-farm labor force and, after secondary impacts were included, the impact was approximately 20%. The use of the IMPLAN model does not allow estimation of opportunity cost of comparative investment in other sectors. It does however provide a methodology to quantify the economic impacts of health services, particularly when the possible closure of the hospital becomes an issue. Not only can the use of this type of analysis estimate the employment and income impacts, decision-makers can also estimate the impact of the health sector on sales tax revenue. This is especially critical in rural counties that rely heavily on sales tax revenue to fund operations, maintenance and improvements.

Studies have supported the importance of a quality health sector in rural communities for industrial development and for retaining existing businesses and industries6-8. Health care industries are important to attracting retirees to a rural community. In several studies health services were documented as primary concerns for selection of retirement locations for the elderly 9-11.

Clearly, economic analysis is only one tool for evaluating the importance of the health-care sector to a rural community. The relationships that exist between quality health care, economic activity, industry attraction and quality of life for senior members of the rural community require further study, using different approaches.

When applied to other rural locations, the IMPLAN model is likely to produce different Type III - multiplyers. However, this study has shown that rural health services provide benefits additional to improvements in health outcomes. Because the health sector may contribute significantly to job and income generation, particularly in rural communities, it is imperative that rural communities have quality health services that local decision-makers work to evaluate, maintain and possibly expand.

This paper was presented at the 5th Wonca World Conference on Rural Health, Melbourne, Australia, July 2002.

This PDF has been produced for your convenience. Always refer to the live site https://www.rrh.org.au/journal/article/135 for the Version of Record.