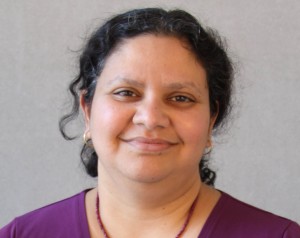 Early detection of breast cancer by screening mammography aims to increase treatment options and decrease mortality. Recent studies have shown inconsistent results in their investigations of the possible association between travel distance to mammography and stage of breast cancer at diagnosis. Objective: The purpose of the study was to investigate whether geographic access to mammography screening is associated with the stage at breast cancer diagnosis.
Methods: Using the state's population-based cancer registry, all female residents of New Hampshire aged ≥40 years who were diagnosed with breast cancer during 1998-2004 were identified. The factors associated with early stage (stages 0 to 2) or later stage (stages 3 and 4) diagnosis of breast cancer were compared, with emphasis on the distance a woman lived from the closest mammography screening facility, and residence in rural and urban locations.
Results: A total of 5966 New Hampshire women were diagnosed with breast cancer during 1998-2004. Their mean driving distance to the nearest mammography facility was 8.85km (range 0-44.26; 5.5 miles, range 0-27.5), with a mean estimated travel time of 8.9 min (range 0.0-42.2). The distribution of travel distance (and travel time) was substantially skewed to the right: 56% of patients lived within 8 km (5 miles) of a mammography facility, and 65% had a travel time of less than 10 min. There was no significant association between later stage of breast cancer and travel time to the nearest mammography facility. Using 3 categories of rural/urban residence based on Rural Urban Commuting Area classification, no significant association between rural residence and stage of diagnosis was found. New Hampshire women were more likely to be diagnosed with breast cancer at later stages if they lacked private health insurance (p<0.001), were not married (p<0.001), were older (p<0.001), and there was a borderline association with diagnosis during non-winter months (p=0.074).
Conclusions: Most women living in New Hampshire have good geographical access to mammography, and no indication was found that travel time or travel distance to mammography significantly affected stage at breast cancer diagnosis. Health insurance, age and marital status were the major factors associated with later stage breast cancer. The study contributes to an ongoing debate over geographic access to screening mammography in different states, which have given contradictory results. These inconsistencies in the rural health literature highlight a need to understand the complexity of defining rural and urban residence; to characterize more precisely the issues that contribute to good preventive care in different rural communities; and to appreciate the efforts already made in some rural states to provide good geographic access to preventive care. In New Hampshire, specific subgroups such as the uninsured and the elderly remain at greatest risk of being diagnosed with later stage breast cancer and may benefit from targeted interventions to improve early detection.

Breast cancer is the most common female cancer in the USA, making up approximately 26% of newly diagnosed cancers1. In 2008, an estimated 182 460 new cases of invasive breast cancer will be diagnosed and 40 480 deaths will result from this disease among US women1. If breast cancer is detected early, whether by screening mammography or breast examination, women have better treatment opportunities and improved survival1-4. The American Cancer Society (ACS) recommends an annual screening mammogram for women from age 40 years and older1; the National Cancer Institute (NCI) and the US Preventive Services Task Force recommend screening mammography every 1 to 2 years for the same age group5,6. In practice, 20-30% of women aged 50-64 years do not undergo mammography screening7, and even fewer adhere to the recommended intervals. Rakowski et al. found that among women aged 55-79 years, 51% had not returned for a repeat screening mammogram at the 12 month interval, and 36% had not returned within 24 months8. Clinical breast exams (CBE) and breast self exams (BSE) are recommended for women in their early 20s; however, research has shown that they play a small role in finding breast cancer9. For women at increased risk for breast cancer, for example due to a strong family history, the ACS recommends annual screening using magnetic resonance imaging (MRI) in addition to mammograms9.

Previous research indicates that many factors can influence a woman's likelihood of maintaining a regular schedule of mammogram screening for breast cancer: rural or urban residence10,11; convenience of accessing the mammogram including transportation12; distance from the nearest permanent and mobile mammography facility13; age14; race/ethnicity14; median county income11; years of education11; and confusion about the cost of the mammogram15. Stage at diagnosis has been associated with many factors including race16; obesity17; history of mammography17,18; method of tumor detection17; insurance status17,19; distance from residence to nearest hospital20; residence in rural areas21-23; residence in a nursing home24; and residence in areas of low socio-economic status17,25,26.

In a previous study, the present authors found that treatment choices among women with early stage breast cancer in the predominantly rural27 and seasonally cold28 state of New Hampshire were associated with travel distance to the nearest radiation treatment facility, and that women who chose lumpectomy were less likely to receive post-operative radiation therapy if diagnosed during winter months29. In the present study, it was hypothesized that geographic and seasonal factors affect the stage at which breast cancer is diagnosed. To determine if there are geographic barriers in cold, rural regions that may affect access to screening mammography, the present study assessed factors relating to accessibility, including travel time from patients' residences to the nearest mammography facility; rural or urban residence; season at time of diagnosis; and health insurance status were assessed. In addition, the effect of rural residence on stage at diagnosis was assessed.

The study population was identified from the population-based New Hampshire State Cancer Registry (NHSCR). This statewide cancer surveillance program collects information on residents of New Hampshire diagnosed with and/or treated for in situ and invasive cancers by hospitals, physicians or other health care providers in the state. The registry also receives data for its residents who are diagnosed or treated elsewhere, primarily Massachusetts, Vermont, Maine, Florida, New York, and other states with cancer registries. Data quality and completeness meet the standards of the North American Association of Central Cancer Registries30.

The study population consisted of all female residents of New Hampshire with no prior history of cancer who were diagnosed between 1 January 1998 and 31 December 2004 with breast cancer histology codes 8500-8543 defined by ICD-O-2 for cases diagnosed from 1998-2000 and ICD-O-3 for cases diagnosed in years 2001-2004 (n=6305). Women diagnosed only at autopsy or identified only through death certificates were not included because of the unreliability of the diagnosis from this source. Because the American Cancer Society recommends annual mammography screening from age 401, women under this age were excluded (n=302).

The NHSCR collects stage at diagnosis classified according to the American Joint Commission on Cancer (AJCC) TNM Staging System. Each case in the dataset had either a pathologic or clinical AJCC stage group, which were pooled into combined stage groupings consisting of stages 0 (carcinoma in situ) to 4: If a patient had surgical excision with lymph node dissection, it meets the criteria for pathological staging. If surgery was not performed or if the surgery did not included a lymph node dissection, then stage is based on clinical findings. Where cases were staged both ways, pathological staging took precedence. When 37 women with unknown stage at diagnosis were excluded, 5966 patients remained. The rationale for including stages from 0 to 4 was that in situ and stage 1 cancers may be more likely to be identified through mammographic screening than by symptomatic disease31.

All facilities certified to provide mammography services in New Hampshire (46) were identified, and the adjacent states of Maine (60), Massachusetts (181) and Vermont (26) during the years 1998-2004 from the US Food and Drug Administration (FDA), Center for Devices and Radiological Health32. Each facility's address was geocoded to the exact street location listed in the FDA file using ArcGIS 9.2 (Environmental Research Systems Institute [ESRI]; Redlands, CA). The addresses of patients were geocoded by TeleAtlas (Lebanon, NH ) to an exact street address (n=5457; 91.5%), or to the zip code geographic centroid if only a post office box or rural route address was provided (n=509; 8.5%). Using the Network Analyst extension in ArcGIS and data from ESRI on street networks and posted speed limits, driving distance and driving time from the patients' residence to the nearest mammography facility was calculated. It was not possible to account for variation in speed due to traffic congestion or weather. For analyses, the focus was on travel time rather than distance, to reflect the variation in commute times between urban and rural areas.

Rural residence was considered as a secondary factor that might be associated with stage at diagnosis, while understanding the potential overlap between this variable and driving time to mammography facilities. To classify residence as rural or urban, the Rural Urban Commuting Area (RUCA) classification scheme was used. The RUCA system addresses some of the pitfalls of the county-based systems by creating categories at the US Census tract level and the ZIP code level. The classification system considers commuting patterns to larger metropolitan or large town area in designating categories within the system. The system has a total of 33 categories, which are commonly grouped together to form classifications of urban, large rural, and small rural33.

Primary care supply was defined as the number of primary care (including obstetric and gynecology) providers (physicians, doctors of osteopathic medicine and physician assistants) in a given primary care service area (PCSA) per 1000 women aged 40 years and older34. Primary care supply was measured for each PCSA in New Hampshire (n=46, median size in km2 = 18.5, interquartile range [IQR] 8.85-44.26; in miles2 = 11.5, IQR 5.5-27.2) and assigned to the zip code tabulation area (ZCTA) of residence for individuals at the time of diagnosis. The PCSAs were developed by aggregating ZCTAs to reflect Medicare patient utilization of primary care providers34. They are based on 1999 and 2001 Medicare claims, 2000 US Census demographics, and 2000-2001 American Medical Association and American Osteopathic Association physician data. Nurse practitioner data are not included in these sources and were unavailable.

Descriptive analyses and tabulations for all variables was performed using chi-square analyses and 2-sided t-tests to compare predictor variables for each stage at diagnosis. Multivariate logistic regression models described factors that predict whether women were diagnosed with earlier stage (0-1) or later stage cancers (2-4). For multivariate logistic regression models, cases with unknown marital status were removed (n=133). The initial model included all categorical variables. However, travel time distribution showed an expected right-tailed skew; so this variable was log transformed before inclusion in subsequent models. This transformation had little effect on the results so travel time is also reported as a continuous variable. The Statistical Package for the Social Sciences (SPSS) v15 for Windows (SPSS Inc; Chicago, IL, USA; www.spss.com
This PDF has been produced for your convenience. Always refer to the live site https://www.rrh.org.au/journal/article/1361 for the Version of Record.