Health handicaps and advantages of the rural population in Hungary 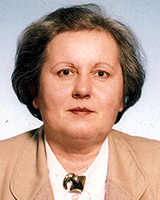 © Ágnes Simek 2010 A licence to publish this material has been given to James Cook University, jcu.edu.au

In many countries rural health is an accepted part of the healthcare system and an independent discipline1. In Hungary, rural health has been an important part of the healthcare system from the 19th Century2. From the 1980s there have been reports of common problems in rural health internationally, such as accessibility3, socio-economic inequalities4 and the influence of cultural background on access to services5. However, in Hungary there have been no data collected concerning healthcare services in rural areas. The purpose of a survey in the year 2000 was, therefore, to establish a valid database with the aim of improving healthcare equality between the rural and urban populations in Hungary.

Data were collected from those living in a rural area, and also from an urban population control group. In total, 871 rural and 983 urban patients completed a questionnaire of 64 questions, providing epidemiological data that included details of education, social background, access to health care, screening and prevention services, curative and continual care, and patient education.

Many factors contributing to the rural health disadvantage were indentified, among them poor roads and a lack of easy and affordable communication. However, the rural population was found to have some advantages. Urban participants were more likely to report having insufficient personal contact with their physician (19.2% vs 6.5% rural) and with the practice nurse (5.9 % vs 3.6% rural). In addition, more than 84% of rural health services were 'definitive' (ie the patient needed no further medical intervention after primary care services), while this was so for 76% of urban services.

The collected data were made available to Hungarian health policy decision-makers. As a result Micro-Region Health Coalitions were established with government support with the aim of equalizing healthcare facilities between rural and urban areas. In addition, formal Health Plans were made for screening and prevention to be available locally in rural communities, including health promotion such as education and motivational programs.

Some other important developments followed, with the establishment of rural health institutions such as the Hungarian Scientific Association of Rural Health6, and the formation of a Rural Health Group within the College of Family Medicine. Rural health care has now been included in the curricula of all medical schools in Hungary.

In conclusion, these reforms are a work in progress, and scientific societies, medical colleges and university departments must continue to collect relevant data and liaise with policy-makers in order to make further improvements in equality for rural residents in Hungary. It is only with the cooperation of a variety of stakeholders (eg social affairs, education, media and religious institutions) that it will be possible to equalize the disadvantages of the rural population in health care.

5. Couzos S, Thiele DD. The 'International Covenant on Economic, Social and Cultural Rights' and the right to health: is Australia meeting its obligations to Aboriginal peoples? Medical Journal of Australia 2007; 186(10): 522-524.

6. Simek Á. A Magyar Faluegészségügyi Tudományos Társaság javaslatai. Medicus Anonymus 2006; 14(9): 5-6.
This PDF has been produced for your convenience. Always refer to the live site https://www.rrh.org.au/journal/article/1473 for the Version of Record.