Writing it down: an introduction 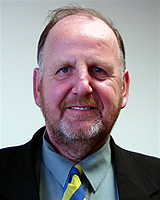 © John C Murdoch 2010 A licence to publish this material has been given to James Cook University, jcu.edu.au

In Australia, we are fortunate that the Department of Health and Ageing has implemented the Rural Health Strategy which has provided funding to Universities for the establishment of Rural Clinical Schools. This strategy was designed to encourage medical students to take up a career in rural practice by enabling them to undertake extended clinical training placements in rural locations. When the founding Directors met with the Department, we were at first told that we could not do research, and that we were only there for teaching. This approach was impossible for academic institutions to implement and eventually we persuaded them to fund research with some very positive outcomes for the health of rural and remote communities.

An old adage in the academic world about research is that 'if it hasn't been published, it hasn't been done'. Many things 'get done' in rural and remote medicine but they are usually carried out away from the eyes and ears of others, reminding one of the old poem:


Full many a gem of purest ray serene

Full many a flower is born to blush unseen,

And waste its sweetness on the desert air. (Thomas Gray: Elegy written in a Country Churchyard)

Another problem is creating a research culture which encourages the development of research. One of the ways we have tried to do this is through our Annual Scientific Meeting. We learn from international speakers and encourage Australian rural and remote researchers to present their work to their peers. The idea for this meeting came from a rural generalist in Geraldton WA, Dr Kim Pedlow, and the first meeting was held there in August 2007.

The first meeting was held in collaboration with the MidWest GP Network and the invited keynote speakers were Professor Richard Lilford from UK, Associate Professor Bruce Chater from Queensland and the late Dr Pat Farry from New Zealand. In 2008, the meeting was held in Kalgoorlie in association with the Goldfields Esperance GP Network and the keynotes were Dr John Dent from the UK, Professor Max Price from South Africa and Dr David Baines from Alaska. While there had been those who said that 'you can't have a Scientific Meeting in the country', the registrations have been in excess of 140 in each year.

One of the aims for the 2009 Meeting in Bunbury was that we would endeavour to publish at least some of the keynote addresses and papers presented. We are delighted that Rural and Remote Health has agreed to publish these as a supplement to the journal.

This PDF has been produced for your convenience. Always refer to the live site https://www.rrh.org.au/journal/article/1563 for the Version of Record.