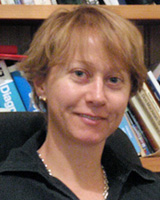 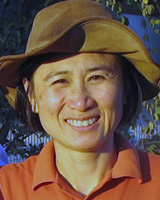 © Rochelle Watkins, Donna Mak, Crystal Connelly 2011 A licence to publish this material has been given to James Cook University, jcu.edu.au

The high rates of sexually transmitted infections (STIs) and blood borne viruses (BBVs) found among prison populations has been linked to participation in high risk sexual and injecting practices, as well as the inadequate use of harm reduction measures while in prison1. The control of STIs and BBVs among prisoners requires the early detection and treatment of infections and comprehensive strategies to promote risk reducing behaviours.

The identification of high risk groups for STIs and BBVs among prisoner populations is not well documented, despite the established need for improved STI and BBV prevention programs2,3. Recent estimates of STI and BBV risk behaviour among prison entrants in Western Australia describe a 90% male and 88% metropolitan-based sample4. National data suggest that some prisoner subpopulations remain underserved by current programs, and highlight the need for the development of culturally appropriate prevention and education strategies for BBVs among Aboriginal drug users4.

A review of interventions for HIV prevention found that their effectiveness is dependent on gender, age, and ethnicity5. An improved understanding of risk behaviour in prison populations may help to target preventive interventions in this high risk group, because intervention development must be based on the characteristics of the target audience5. Although limited in scope, data that are routinely collected from prisoners at the time of their incarceration in Western Australia provide an important opportunity to assess reported risk behaviours among sociodemographic subgroups, such as prisoners admitted to regional prisons, that have not been well described. This study aimed to describe self-reported engagement in high risk practices among Western Australian prisoners on admission to prison and assess their association with sociodemographic characteristics and STI and BBV test results.

At the time of this audit, prisoners in Western Australia resided in 15 correctional facilities, with 6 adult-only facilities located in regional areas6 (no regional correctional facilities exist for juvenile prisoners in Western Australia). All new prison entrants are required to undergo a health assessment and be offered STI and BBV testing within 28 days of admission7,8. Testing for STIs and BBVs is not compulsory. The initial health assessment process was revised during 2005 to include the routine collection of information on engagement in high-risk behaviours, including unprotected sex during the previous 12 months and ever having shared needles, swabs or water. This information is used to provide appropriate risk behaviour counselling.

Quota sampling of data from an electronic database which records all criminal offenders in Western Australia was used to enrol prisoners who were admitted after 1 January 2005, and discharged between 1 January 2007 and 31 December 2007 (inclusive). Quota sampling aimed to allow analysis of reported risk behaviours by age, gender and prison location. Discharged prisoners were sampled because prisoners' paper medical records are scanned into a centralised electronic database within 4 months of discharge.

The study target sample size (200 male and 200 female adult metropolitan prisoners; 200 male and 100 female adult regional prisoners; and 100 male and 100 female juvenile prisoners) represented over 8% of adult prisoner admissions and over 11% of juvenile prisoner admissions in Western Australia per year during the study period. Eligible prisoners were sampled consecutively in reverse chronological order based on date of discharge, commencing from 31 December 2007 to maximise the time between the eligible admission and discharge dates, and minimise selection bias associated with the duration of imprisonment.

The electronic databases were used to collect demographic data (date of birth, sex, Aboriginality, date and location of admission and discharge), reported risk behaviours (unprotected sex in the previous 12 months and ever shared needles, swabs or water), and the performance and results of STI and BBV testing for the sampled prison admission. Department of Corrective Services staff conducted the audit with the approval of the Department's Director of Health Services. Data were recorded on standardised data collection forms and entered into a password protected database. As the audit's primary purpose was to evaluate and improve the quality of health care delivered to prisoners and posed no additional risks or burdens to participants, it complied with requirements for a quality assurance study as defined by the National Health and Medical Research Council9 and received confirmation of exemption from ethical review by the Chair of the Human Research Ethics Committee at Curtin University.

Sample descriptive statistics were generated, including 95% confidence intervals (CI) for risk behaviour prevalence estimates. The χ2 test of independence was used to test for associations between reported behaviour, sociodemographic characteristics, and the results of STI and BBV testing.

A total of 112 juvenile females, 122 juvenile males, 302 adult females and 410 adult males were sampled. Of these 946 prisoners' records audited, 27 had no initial health assessment record, 67 completed an old version of the initial health assessment which did not collect comparable information on risk behaviours, and 17 had missing responses for both behavioural risk factors assessed and were excluded from the analysis. Therefore, a total of 835 prisoners were included in this analysis, including 606 adults who ranged in age from 18 to 66 years and 229 juveniles who ranged in age from 12 to just under 18 years.

Table 1: Sample characteristics and the prevalence (valid %) of risk behaviours by location of prison admission among adult prisoners

Table 2: Sample characteristics and the prevalence (valid %) of risk behaviours among juvenile prisoners

A high prevalence of reported risk behaviours for the transmission of STIs and BBVs was found among prisoners, as has been reported previously1,4,10. Prisoners who reported high risk injecting practices were also significantly more likely to report high risk sexual behaviours. High reported rates of engagement in risk behaviours among prisoners are consistent with the high rates of STIs and BBVs observed in prisoner populations3,4,11. The present findings reinforce the need to improve harm minimisation interventions in prisons12, and to ensure that these interventions effectively reach high risk subgroups.

The findings demonstrate considerable variation in risk behaviours among sociodemographic subgroups. High rates of reported risk behaviour among females correspond with high rates of BBVs among females1,11,13, which have been reported elsewhere11,13-15. Our finding of a higher prevalence of reported unsafe injecting practices among individuals admitted to metropolitan prisons when compared with individuals admitted to regional prisons is consistent with reported geographical differences in hepatitis C rates among Aboriginal prisoners11,15,16. Furthermore, Aboriginal prisoners in regional prisons were significantly less likely to report unsafe injecting practices than non-Aboriginal prisoners.

Cultural differences may explain the observed variation between regional and metropolitan Aboriginal prisoner populations. Further ethnographic research among rural prisoners is required to improve our understanding of these differences and identify potentially transferrable factors that could be used to further reduce the risk of STIs and BBVs among Aboriginal prisoners in both regional and metropolitan prisons. These findings also highlight the need to ensure preventive services are culturally appropriate and eliminate inconsistencies in the application of harm minimisation strategies in Australian prisons12. Alongside culturally appropriate education and prevention, prisoners need to be able to access the full range of proven harm minimisation strategies in prison, including needle and syringe exchange, opiate replacement and the provision of cleaning equipment17. Despite repeated calls for the introduction of needle exchange programs and improved harm minimisation interventions in Western Australian prisons, substantial barriers to their adoption, including safety concerns and legislative, policy and operational issues have prevented their implementation to date. Delivery of screening and treatment programs using skilled Aboriginal staff who are not affiliated with the correctional system could significantly benefit prisoner health18 particularly in rural areas where most prisoners are Aboriginal and access to health care outside the prison environment may be poor.

The proportion of metropolitan adult prisoners who reported ever sharing injecting equipment in this audit approximated the proportion of Australian injecting drug users who reported sharing injecting equipment in the preceding month19 and was considerably lower than the 2007 National Prison Entrants Survey estimate4. The confidentiality of information collected for the National Prison Entrants Survey may facilitate increased disclosure. Self-completed questionnaires may also elicit greater disclosure of risk behaviours19 than the assisted reporting environment of the initial health assessment. Due to the relatively recent implementation of the risk behaviour screening questions, prisoners sampled in this audit had a shorter average duration of imprisonment than the overall prisoner population, and this may also explain the differences in findings between studies.

Census data indicate that over half of prisoners in Western Australia in 2007 had a prior imprisonment20. Exclusion of data from previous admissions may contribute to an underestimation of the association between reported risk behaviours and STIs and BBVs in this audit, particularly for chronic infections where repeated testing may be less likely21. Improved linkage of historical health data within the prison system would facilitate a more comprehensive evaluation of prison health service processes and outcomes.

This study was limited to auditing routinely collected data via scanned electronic copies of paper medical records, and as such is vulnerable to variations in administration of the behavioural screening questions and in the reporting of behaviour. Few prisoners were missing initial health assessment records, and we believe it is unlikely that there would be any substantial bias associated with missing records. The exclusion of prisoners from this audit due to the continued use of the old version of the health screening questionnaire highlights the need to ensure updated health assessment processes are implemented effectively. As a result of this audit, additional staff training has been conducted to improve data quality and ensure that staff who administer health risk behaviour screening have a clear and consistent understanding of the questions used.

The authors acknowledge the support of Ralph Chapman and Holly Beasley in providing information about and organizing access to the required data. Also thanked are Kerry MacKenzie and Elizabeth Herron for their assistance in data collection. Rochelle Watkins was supported by a NHMRC Capacity Building Grant in Population Health #358424.

1. Hellard ME, Hocking JS, Crofts N. The prevalence and the risk behaviours associated with the transmission of hepatitis C virus in Australian correctional facilities. Epidemiology and Infection 2004; 132(3): 409-415.

5. Albarracin D, Gillette JC, Earl AN, Glasman LR, Durantini MR, Ho MH. A test of major assumptions about behavior change: a comprehensive look at the effects of passive and active HIV-prevention interventions since the beginning of the epidemic. Psychological Bulletin 2005; 131(6): 856-897.

This PDF has been produced for your convenience. Always refer to the live site https://www.rrh.org.au/journal/article/1621 for the Version of Record.