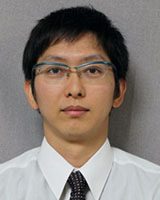 © Toshihide Sato, Toru Iga, Kentaro Nagashima, Shigeki Matsubara 2011 A licence to publish this material has been given to James Cook University, jcu.edu.au

The cases of two patients with decompression sickness (DS) are described to add to the discussion about whether centralization, especially when accompanied by air-medical transport, is always justifiable in island emergency medicine. One patient received hyperbaric oxygen (HBO) treatment on another island after island-to-island transfer by boat; the other received HBO treatment on a ship that was anchored, by chance, close to the island where he became ill. Both cases had a good outcome. Island-to-island transport and within-island treatment, rather than island-to-urban-center transport, was effective, indicating that treatment centralization may not be the most effective protocol all cases. A DS treatment strategy is proposed for use in this geographic area; however, DS occurring on remote islands highlights the wider issue of the centralization of health services.

Medical resources are finite, especially in rural medicine where primary care physicians may assess the severity of a patient's condition and, if necessary, stabilize the patient and arrange for urgent transport to a place where medical resources are concentrated. This system of health care is referred to as centralization. Because air-medical transport provides rapid patient transfer it has been incorporated into emergency medicine1. The centralization of health services is often associated with air-medical transport, and this seems to be a trend in Japan, especially in remote island medicine.

Centralization is typical in obstetrics and pediatrics in Japan. It was recently adopted by The Japan Ministry of Health, Labor and Welfare due to a decrease in the number of active obstetricians and pediatricians2. Internationally, large-scale studies have shown the advantages of centralization in terms of patient outcomes and cost reduction in trauma medicine3, pediatric intensive care4, and perinatal medicine5. However, a recent report questioned whether centralization is always the best strategy, suggesting that its benefits may not always outweigh the risks involved in patient transport6.

While these studies were mainly based on registered databases, clinicians' experience of individual cases are important when considering the medical system in a specific area, especially a rural area. The present study describes 2 patients with decompression sickness (DS) that occurred on remote islands in Japan (the Izu and Ogasawara Islands), which add evidence to the case against of medical centralization.

A 46-year-old professional diver visited a primary care physician on Toshima Island, 140 km from Tokyo, complaining of vertigo and right upper extremity numbness after diving. The physician diagnosed DS, which requires immediate hyperbaric oxygen (HBO) therapy. Air-medical transport to an urban center hospital was requested for this patient but refused. In one mainland center all HBO specialists were absent at a scientific meeting, while the doctors at another hospital had no experience in treating the disorder. In addition, if a patient with DS is obliged to travel at low pressure as is common with air-medical transport (and always the case in the Tokyo area), their condition may deteriorate. Therefore arrangements were made to transfer this patient by fishing boat, rather than air, to the adjacent Kozu Island which was equipped with HBO equipment. A primary care physician on Kozu then performed HBO therapy with the telephone assistance of a hyperbaric specialist. The patient was then transferred by ship to an urban center where he underwent further HBO therapy. His DS resolved without sequelae.

A 46-year-old professional diver visited a primary care physician on Ogasawara Island, approximately 1000 km from Tokyo. He complained of urinary and fecal incontinence, and motor weakness in his lower extremities after diving, leading to a diagnosis of DS. Incontinence in DS indicates severe disease that requires immediate HBO; in this case air-medical transport to an urban center hospital would have taken approximately 8 hours. Fortunately, a Japanese Maritime Self-Defense Force ship equipped with HBO equipment was anchored off the island. After HBO therapy on the ship, the patient was transferred to an urban center in a light aircraft at the lowest possible altitude. Following a further course of HBO at the urban center his symptoms improved and he was left with only slight urinary incontinence.

Island-to-island transfer (Case 1) and within-island HBO (Case 2) rather than island-to-urban transfer was effective, suggesting that centralization does not always provide the best outcome, especially in the case of decompression sickness which requires immediate HBO, with delays risking neurological sequelae and even death7,8.

In other acute and/or severe illnesses that require immediate treatment, depending on local geography and weather, air-medical transport usually reduces transport time9. Thus, centralization associated an air-medical transport strategy has become common. However, in the situation of DS occurring on a remote island, three specific aspects of patient care may modify the usefulness of the strategy.

The first consideration, illustrated by Case 1, is that island physicians are accustomed to dealing with DS10, whereas this cannot be assumed for physicians in urban centers, even among emergency medicine specialists. Second, the potentially detrimental effect of air-medical transport in DS must be considered, where the low pressure in an aircraft may increase the risk of air embolism8. Although this may not be so for flights not exceeding 152 m8, travel at this altitude may not be possible due to weather conditions or aviation laws (as in Japan). The third aspect is the manageability of HBO therapy for an island physician, with preference for support by a hyperbaric expert, as in Case 1. These three points together with the present case experience suggest the benefits of treating DS within island/s or island groups, rather than within a centralist island-to-urban transport model. If this is so, how should HBO best be deployed?

According to the Japanese Society of Hyperbaric and Undersea Medicine (JSHUM), Japan has 623 institutes with HBO apparatus, of which 173 are certified by the Society11; however, neither the Japan Ministry of Health, Labour and Welfare nor JSHUM has a database of the number of DS patients, their treatment and method of transfer.

In order to obtain statistical evidence, the authors retrieved all medical records of HBO treatment from January 2006 to December 2010 at Kozu National Health Insurance Clinic (the only medical institute on Kozu). Of Kozu's 1882 population12, 29 patients with DS received HBO during the 5 year period studied. Kozu HBO treatment is well organized and, as expected, almost all DS patients on the island were treated in situ rather than being transferred to an urban center. During this period, Kozu received only one DS patient from another island (Case 1). Thus, the incidence of DS requiring HBO in Kozu is estimated to be 5.6 per year (3/1000 population/year).

The Izu-Ogasawara Islands belong to the Tokyo Metropolitan Government; however, Oshima residents can reach the mainland in 2 hours by boat, and so are excluded from the proposed 'Izu-Ogasawara strategy'. Because the Izu (excluding Oshima) and Ogasawara Islands have a combined population of 19 33912, the approximate expected incidence of DS in this area is 58 per year. Aogashima has the smallest population of 201 and an expected 0.6 per year incidence of DS, so it is not practical to locate HBO equipment there. Considering the expected incidence of DS and the distance between islands, the authors propose an HBO deployment model, the 'Izu-Ogasawara HBO deployment strategy' (Fig1).

It is proposed to classify all islands (excluding Oshima) into 3 groups (A, B, and C), so that none is less than 2 hours by boat from HBO equipment within their group (Fig1). All islands have their own physician GP/s. Solid (black) stars in the figure indicate islands already equipped for HBO therapy. The equipment on one (Kozu) is in active working order, while the others (Niijima and Hachijo) are not. It is recommended that all HBO equipment should be made operational, and that one of the formerly inactive sets of HBO apparatus be relocated to Ogasawara (Group C) in working order.

Figure 1: Schematic diagram of the Izu and Ogasawara Islands and the proposed 'Izu-Ogasawara HBO deployment strategy'. Group A consists of 5 islands (Toshima, Niijima, Kozu, Miyake, Mikura); 'B' has 2 islands (Hachijo and Aogashima), and 'C' consists of the Ogasawara island group. Some islands have hyperbaric oxygen (HBO) apparatus (

), which is active at Kozu but inactive at Niijima and Hachijo. The white star (

) indicates the optimal place for relocated HBO apparatus. The numbers in parentheses indicate the total population of each island group.

The study does have some limitations. Decompression sickness was studied on one island only (Kozu). It was assumed that professional diving is performed in approximately the same manner throughout the islands, and that the 'pleasure diving' population is proportional to island residents; however, this is speculative and thus the incidence of DS may differ among islands. The cost-effectiveness and long-term outcome of grouping the islands as suggested is yet to be determined. However, considering the limitations of the lack of an existing database, the system proposed appears to be the best possible solution to the issue of HBO treatment for DS in this remote location.

Because the proposed HBO deployment strategy can only be tentative until reliable data are available, a nationwide DS database should be established to record how often DS occurs, and how patients are treated and transported. Education in treating DS and managing HBO therapy should be mandatory for all island physicians in Japan, which will enhance their skills when dealing with these seriously ill patients.

In presenting the 2 cases, new light has been shed on the clinically/socio-medically important issue of centralization. It is also hoped that the lessons learned here may contribute to the discussion of centralization versus decentralization for diseases other than DS in rural and remote medicine.

The authors thank the Clinical Research Support Team Jichi (CRST) for their advice. Also thanked is Tokyo Jichi Medical University Graduates Team for their untiring and long-lasting efforts for island medicine, which made this manuscript possible.

This PDF has been produced for your convenience. Always refer to the live site https://www.rrh.org.au/journal/article/1711 for the Version of Record.