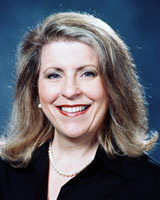 © Mary Rogers, Peter Creed, Judy Searle 2011 A licence to publish this material has been given to James Cook University, jcu.edu.au

The Australian Federal Government is committed to easing the shortage of doctors in rural and regional areas and, in conjunction with state governments, supports initiatives that promote rural training placements, supported medical school places, and incentives that attract doctors to areas of need. Since July 2010, city doctors have been offered up to AU$120,000 to move to regional and remote areas, and rural doctors have access to incentive payments of up to $47,000 to remain in a rural area. In addition to these incentives, the Australian Government Department of Health and Ageing also provides a generous locum subsidy to help provide relief for rural GPs1. However, in recent years the acute shortage of doctors in rural and remote Australia has necessitated the recruitment of overseas trained doctors to work in these areas2, as well as locums from New Zealand to fill gaps short term3.

A recent study reported that while some junior doctors were not prepared to move to a regional or remote area to live, they were willing to spend short periods of time working in these areas4. Determining the level of commitment that medical students and doctors are prepared to make towards working in an area of need has important implications for medical educators and workforce planners. No studies were found that provide this information, so to remedy this gap the present study reports on the preparedness of medical students and junior doctors to commit to working in areas of need.

Participants were 760 medical students from 11 Australian medical schools, and 264 doctors in postgraduate years 1 to 3 (PGY1-PGY3), aged between 18 and 57 years (mean 25.46, SD 5.35), who volunteered to participate in a web-based survey in 2010. Sixty-three percent were women and the sample was predominantly Caucasian. Participants were recruited to the study between 2007 and 2009 as part of a longitudinal study examining the predictive factors that impact on medical graduates' workforce decisions. Based on participation in the larger cohort study, the response rate in 2010 was 79%.

The survey included demographic questions (age, sex), and measures of career attitudes and intentions. The focus of this report centres on the responses to the question: 'What regular commitment would you be prepared to make each year in an area of need or workforce shortage (eg rural area) when you are fully qualified?' Response categories for this question were:

Ethics approval was provided by the Ethics Committee of Griffith University, Queensland.

Table 1: Preparedness to commit to working in areas of need by stage of training

Government policies and incentives, as well as the much publicised awareness of workforce shortages in Australia, may be having an effect on this current generation of students and junior doctors' preparedness to offer their services in areas of workforce shortage. Medical educators should encourage students and junior doctors to take up short-term placements/opportunities and to maintain links with rural communities. Practice opportunities that offer varying lengths of commitment as well as incentives to participate in Rural GP Locum Programs should be advertised widely so that junior doctors are aware of them and can apply for these positions.

The project was funded by the Australian Research Council. The authors alone are responsible for the content and writing of this article.

2. Australian Government Department of Health and Ageing. Report on the Audit of Health Workforce in Rural and Regional Australia, April 2008. Canberra, ACT: Commonwealth of Australia, 2008.

4. Rogers ME, Searle J, Creed PA. Why are junior doctors not wanting to work in a rural location and what would induce them to do so? Australian Journal of Rural Health 2010; 18: 181-186.

This PDF has been produced for your convenience. Always refer to the live site https://www.rrh.org.au/journal/article/1775 for the Version of Record.