Compliance, culture, and the health of Indigenous people 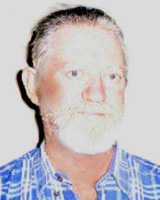 © Frederic McConnel 2003 A licence to publish this material has been given to Deakin University, deakin.edu.au

From the medical literature of the 70's to recent research, compliance has been named as an issue in the management of chronic disease, particularly in Indigenous contexts. Compliance can also be thought of as a universal problem that has different names in different contexts. In this paper compliance is described as a measure, with a numerator and a denominator, and progress towards better compliance is discussed in terms of manipulation of each element. The numerator is adherence, which has proven resistant to significant improvement, and the denominator is the advice and treatment, based on Western scientific medicine. Reduced to its most elemental terms, compliance compares the beliefs of patients with those of Western medicine. Proposed solutions to improve compliance have included moving to 'concordance' by reaching shared understanding of treatment goals, or forgetting compliance altogether and concentrating on institutional and organisational change to better align services with expectations of the population of interest. Indigenous Australian health care has been particularly beset with treatment failure as a result of 'poor compliance'. This paper suggests that compliance per se is not the problem. Rather, the extent to which it is apparent is a measure of dissonance between the belief systems. This gap between the culture of Western medicine and Indigenous culture should not be narrowed by the extinction of Indigenous belief, but by the development of a shared knowledge which includes Indigenous health beliefs and practices.

'Compliance' in health: defining the issue

Compliance is a term with continued popular currency used to describe the uptake, or otherwise, of medical services and advice. Practitioners and researchers see improving compliance, or adherence as the more politically correct would say, in terms of better treatment regimes, and better patient education generally and in health1. Research in the UK more than 30 years ago indicated that only about 50% of patients with chronic diseases took prescribed medications in therapeutic doses2. The term 'non-compliance' was introduced to discuss this problem in a non-judgemental way. That term is now viewed by many in health as representing a value laden and outmoded concept with overtones of unequal power relationships3.

In my personal experience of 35 years in remote Indigenous health practice, practitioners in Aboriginal health in Australia's north see compliance as a major factor in the continuing appalling state of health of Indigenous Australians, a reality of daily life. Available studies of Aboriginal health in the Northern Territory (NT) of Australia put the figure much lower than Sackett and Snow's2 50%, although Kemp et al achieved 54% compliance with antibiotic treatment for children with otitis media with an intensive program in a research setting4. In the face of such evidence, most have accepted that the failure of medication usage is a problem leading to continued or worsening Indigenous health outcomes5. Discussion has gone beyond adherence to concordance - from a negotiated treatment regimen to reaching a common understanding of treatment4. Problems in compliance have been attributed to institutional practices and attitudes6, and improvement is seen as coming from changing institutional attitudes and behaviour7. Improved health outcomes are sought by increasing personal and community autonomy in the health system, or by patients taking more responsibility for their own health and health-determining behaviour. However, advocacy for heightened cultural awareness by treating clinicians in the NT suggests an alternative view.

Compliance as a generalisable concept

The concept of compliance, as applied to individuals or to populations, is not confined to medicine or to health but is a universal phenomenon, variously named among the disciplines. In the Australian Indigenous context, school attendance rates and retention rates are seen as underlying causes of disastrous outcomes in education8. Rates of offending, incarceration and recidivism are excessive in Australian Indigenous populations9. Similar measures can be drawn from our experience with use and deterioration of Aboriginal community hardware, and with success or failure of Aboriginal community governance. In education, substitute 'compliance' for 'attendance and retention rates', and the problem becomes the gap between Western pedagogy and Indigenous concepts of education. In the criminal justice system, the rates may be seen as measures of the gap which Trudgeon describes between systems of Western law, and Aboriginal customary Law10. Non-compliance with Western democratic processes may underlie the problems in community governance. Concordance (reaching common understanding) may capture some of this concept at an individual level, but the 'belief system' concept exposes a more basic and profound gulf to be crossed.

Compliance as a measure of difference

I suggest that compliance per se is not the problem but rather a measure of the problem that stems from the difference between cultures and belief systems. Strong compliance with Western medical advice occurs where there is strong cultural affinity between patient, or population, and the culture of Western medicine. From a Western perspective, strong compliance as healthy behaviour occurs when the scientific concepts of cause and effect, and statistical relationships including predictability, are shared. Poor compliance occurs when a culture (or subculture such as drug addicts) is dissonant with the treating Western medical culture. Unhealthy behaviours persist to a greater degree in sections of the community that do not share, or place low priority on, concepts of cause and effect, and statistical predictability.

Compliance can be expressed as a fraction, with a numerator and a denominator. Progress towards compliance can then be discussed in terms of manipulation of each element. The numerator is adherence, which has proven resistant to significant improvement, and the denominator is the advice and treatment. In the Indigenous Australian health context, the numerator is adherence by people in one culture or belief system with advice given, or rules imposed. The denominator is the advice given or rules imposed based on another culture or belief system, in this case Western scientific medicine.

The culture of Western medicine

Ogawa defined Western modern science as '...a collective rational perceiving of reality, which is shared and authorized by the scientific community' (p.589)11. For many scientists, valid knowledge is identified only with science12. Ogawa defines this ideology as scientism13. Scientism has two major attributes: unconditional belief in science, a view mainly held and authorised by scientists which they unconsciously force the general public in any cultural setting to accept and share; and uncritical conviction of valuing application of science into life-world settings, originating in the Western traditional value system. Ultimately, scientism is a worldview or 'religion' of its own, and Western medicine a sub-culture within that ideology14.

Western health professionals would generally concede that health activity in hospitals, clinics and the community, is science based, or underpinned by the scientific knowledge and the evidence base of Western medicine. Less well acknowledged is that Western medicine has a culture, a recognisable set of beliefs, actions, and attitudes. The culture of Western medicine includes a scientific view of health, illness and disease. Beyond that, it embodies a belief in the overwhelming centrality of health, and a belief that all people are deeply health aware. This Western medical culture or belief system distinguishes its practitioners from other professionals, from other groups in Western society and from other societies.

Improving compliance has long been seen as a way of improving outcomes. Many practitioners in the Northern Territory hold this belief7,15 and promote suitable, if unproven, processes5. Comment and research over the years has been around adherence (the numerator). Where the discussion has turned to the denominator, it has largely been directed at institutional behaviour such as cultural safety, and organisations which would better accommodate the needs of people from another belief system, such as Indigenous Medical Services. Authors such as Humphery and Weeramanthri7 and Marinker3 would see continuing to measure compliance as a distraction, but practitioners in Indigenous health such as Kruske, Ruben, and Brewster15 seem to think that measurement, and improvement, are appropriate and important.

If compliance is considered a fraction, it should be able to be changed by manipulating either the numerator or the denominator.

From a health services perspective, the numerator is in the hands of front line practitioners. In my experience, dedicated health professionals in Aboriginal health produce isolated and transitory successes - often by contradiction of the policy of the day, rather than by compliance with it. Trudgeon is convinced that, in Arnhem Land Aboriginal people at least, the ability to communicate effectively using the patient's own language, including intellectual language is, and can be effective10. The examples he gives have another dimension - working from the basis of Indigenous knowledge to develop a shared understanding of the problem at hand, albeit within a Western scientific framework. This is an educational feat of no mean proportion, and his examples were time-consuming beyond the reality of day-to-day practice. Trudgeon's more recent comments on education (ABC [Australian] Radio National 23, February 2003) would take this process out of the patient encounter and into the broader community, with perhaps a greater prospect of success. Up to now, changing the numerator (adherence) has been the focus of research and practice, without notable success.

Alternatively, the denominator can be changed: compliance with what? At this time, there is no question that compliance is required with Western scientific medicine. If this is to remain unchanged, Indigenous people will have to be converted to scientism for compliance to improve significantly. This is not only not possible, but it is so dismissive of an alternative worldview as to be thought of as cultural violence or oppression (but it is what practitioners try to do every day).

To change the denominator we cannot abandon our Western medical teaching, but a shared understanding can be built which accommodates both cultures' belief systems - a synthesis of knowledge systems derived from dissonant worldviews. I have no examples of this from my own experience in health but Trudgeon's examples have been mentioned. There is, however, at least 15 years of theory, research and writing from intercultural science education which includes this synthesis of knowledge, and which may be applicable if the concept of generalisability of compliance is accepted11,13,16-22.

From this synthesis can flow organisational, institutional, professional and personal changes that may modify the denominator, reduce barriers to compliance and create more attainable expectations. This process will demand cultural awareness, not just of Aboriginal culture, but of the hegemony of Western culture - of the religion of scientism.

Compliance, or adherance to advice, can be expressed as a rate. Similar measures exist in disciplines other than health, by other names. In health, the numerator of the rate is adherence, and the denominator is determined from Western medical culture. In the bid to improve health outcomes for Indigenous people, improving compliance is seen as a goal. Improving adherence in any cultural setting has proven difficult. Perhaps changing the denominator offers a greater prospect for success, using theory and teachings from another discipline, to develop a shared understanding of health derived from a fusion of worldviews.

13. Ogawa M. Science as the culture of scientists: How to deal with scientism? In proceedings, National Association for Research in Science Teaching, Boston, USA, 1999. Available from: http://www.ouhk.edu.hk/cridal/misc/ogawa.htm (accessed April 2003).

21. Jegede OJ. Collateral learning and the eco-cultural paradigm in science and mathematics education in Africa. Studies in Science Education 1995; 25: 97-137.

This PDF has been produced for your convenience. Always refer to the live site https://www.rrh.org.au/journal/article/190 for the Version of Record.