Audit report from Greenland on nurses' tasks and perceived competency 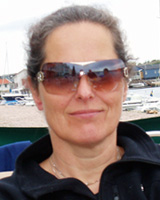 2 Agency for Health and Protection, Government of Greenland, Nuuk, Greenland

© Jørgen Nexøe, Ella Skifte, Birgit Niclasen, Anders Munck 2012 A licence to publish this material has been given to James Cook University, jcu.edu.au

Introduction: Despite all efforts, recruitment of healthcare personnel has become increasingly difficult in Greenland as in other remote areas. The aim of this observational study was to describe the extent of health care delivered by nurses in Greenland's healthcare system. Reasons for encounter, diagnostic procedures, treatments and need for a physician's assistance, as well as the nurses' self-perceived competency, were also analysed.
Methods: A total of 42 nurses registered all patient encounters for 10 days in late autumn 2006 in 14 out of 16 healthcare districts in Greenland.
Results: Nurses treated 1117 encounters (60%) singlehandedly. The nurses felt competent in what they were doing in 1415 encounters (76%). In 525 encounters (31%), a physician's advice was sought. Either the physician was asked to come or the physician's advice was obtained by telephone. In four cases the nurses did not feel completely competent, but did not seek advice from the physician on call. Feeling competent did not depend on length of experience in Greenland.
Conclusion: In Greenland, nurses independently receive, diagnose and treat a substantial number of primary healthcare patients. The nurses take care of the patients and perform a number of clinical and laboratory procedures with great confidence. There has been speculation that part of the difficulty in recruiting doctors and healthcare personnel in remote areas may be due to uneasiness about professional responsibilities and, to some extent, lack of confidence. At least among the registering nurses in this study, this did not seem to be a problem.

Greenland is an autonomous country within the Kingdom of Denmark. The population is 56 000. The 17 towns with approximately 47 000 inhabitants each has a hospital. About 9000 people live in villages or other small settlements. Nuuk, the capital, has approximately 15 000 inhabitants. There are no roads outside the towns; transport between towns is by sea or air, and by snowmobiles and dog sledges in the winter in areas north of the polar circle. Distances are vast; for example, the distance from the northernmost to the southernmost point is 2670 km.

The 17 towns vary in size from 500 to 15 000 inhabitants; each has a hospital or, rather, a healthcare centre with one or more physicians, nurses and other healthcare personnel appropriate for the population. Each healthcare centre is responsible for primary healthcare. In addition, the healthcare centres have facilities for surgery and a number of inpatient beds. Queen Ingrid's Hospital, located in Nuuk, is the national hospital and has numerous specialist physicians affiliated with it.

The major challenges for the healthcare system in Greenland are limited financial resources, the infrastructure of Greenland, increased public demand for treatments, and the increasing difficulty of recruiting healthcare professionals, including physicians, nurses and other certified healthcare workers. These challenges are being addressed through a public health programme focusing on health promotion and through educational initiatives; for example, a specialised training program to qualify nurses to work without the direct supervision of a physician1. Despite all efforts, recruitment of healthcare personnel has become increasingly difficult in Greenland as in other remote areas. It has therefore been necessary to some extent to delegate tasks from physicians to nurses. The Arctic nurse is expected to cope with an extensive field of work, including independent diagnosis and treatment of patients, antenatal care and stabilisation of acutely ill patients until they can be attended to by a physician. Even though expectations of nurses in Greenland are high, there is little knowledge of what the nurses actually do.

The aim of this study was to describe the extent of the health care delivered by nurses in Greenland's healthcare system. Further, the reasons for encounters, diagnostic procedures, treatments and the need for a physician's assistance were analysed. Finally, we aimed to evaluate the nurses' self-perceived competency.

The initial ideas for this project were generated at a seminar for head nurses in Greenland. At the seminar it was established that a survey on tasks and competency of nurses in Greenland was needed. The survey was conducted in 15 out of 17 healthcare districts according to the Audit Project Odense (APO) method that is described in detail elsewhere2. The healthcare districts Sisimiut and Qaanaaq did not participate for practical reasons. A total of 42 nurses registered all patient encounters for 10 days in late autumn 2006. Registration charts and other registration material were developed by APO, who were also responsible for data collection, data processing and analyses (Fig1). For all participating nurses, data were collected on age, gender, whether educated in Denmark or Greenland, and levels of experience in the clinical and laboratory procedures listed in the registration chart (Fig1). Registration forms were distributed to the districts by the Ministry of Health. EpiData software v2, 2000-2008 (www.epidata.dk) was used for data entry and data documentation. Descriptive statistics were generated using STATA v10 (Stata Corp; College Station, TX, USA).

Figure 1: Chart for registration of nurses' tasks and perceived competency (reproduced with the permission of Audit Project Odense)

Forty-two nurses with a median age of 50 years (interquartile range 40-59 years) registered all of their encounters for 10 days. Of the nurses, only seven were male. The majority of the participating nurses had many years of experience with Greenland's healthcare system. However, 10 nurses had less than 1 year of experience. A total of 1861 encounters were registered. The exact hour of encounter was registered in 1610 cases (information was missing in 251 cases). The majority of these encounters, 1386 (86%) cases, took place between 08.00 and 16.00 hours. In the 10-day registration period, the median number of patients seen by the nurses was 37 (interquartile range 17-67 patients). The patients had a median age of 38 years (interquartile range 18-51 years) and 60% were female.

In 289 cases (16%), the reason for encounter was ear, nose and throat (ENT) symptoms. Skin problems, headache and musculoskeletal problems accounted for 218 (12%) and 211 (11%) encounters, respectively. Injuries and antenatal care each accounted for another 10% of consultations.

Duration of encounters was registered in 1789 cases (72 missing). In 1185 (66%) of these cases, consultation lasted for 15 min or less. Encounters due to mental problems and injuries were more time-consuming. In 530 cases (29%), procedures involved conversational therapy including guidance and counselling on health or social matters. In 229 (12%), 264 (14%), 204 (11%) and 204 (11%) cases, the nurses measured blood pressure or body temperature, or performed otoscopy or stethoscopy, respectively.

Table 1: Visit type according to whether nurses felt competent compared with visits where they felt their knowledge or skills were inadequate

Table 2: Visit type according to whether doctors were called or not

The nurses in Greenland's healthcare system encounter a broad variety of non-referred patients. The nurses in this study independently took care of approximately two-thirds of allotted encounters. When in need of advice, they most often sought it from physicians and seldom from nursing colleagues. In most encounters, the nurses felt confident and competent. Not seeking advice when in need occurred only very seldom. Feeling confident and competent did not appear to be dependent on the duration of experience in Greenland's healthcare system. Remarkably, the least experienced nurses on average saw a few more patients than the more experienced. As the median age was rather high, all nurses in the study were likely to have been very experienced whether or not they had gained their experience in Greenland.

There has been speculation that part of the difficulty of recruiting doctors and healthcare personnel in Greenland and other remote areas may be due to their uneasiness about professional responsibilities3 and, to some extent, lack of confidence4. At least among the registering nurses in this study, this did not seem to be a problem.

It is a weakness of this study that data were collected by self-report only. We did not gather information on the number of nurses on duty in the registration period. Hence, we do not know how many nurses could actually have participated in the registration. Also we did not gather information on how many days during the registration period the nurses actually were on duty. Further, it is likely that a small number of encounters, for various reasons, were not registered. This is an obvious weakness of the study which may, however, be rectified in future studies as since this study took place, all district health centres in Greenland have been upgraded to electronic patient records. Thus, data in a follow up study could be extracted electronically. However, this study has painted a broad picture of self-confident nurses autonomously receiving, diagnosing and treating a substantial number of primary healthcare patients.

An increased involvement of nurses in primary healthcare management may be a solution to the lack of physicians in Greenland. However, attitudes towards this among patients, nurses, physicians and health policy makers have not been examined. This should be done in future studies.

The authors thank the participating nurses for their enthusiasm and careful registration.

This PDF has been produced for your convenience. Always refer to the live site https://www.rrh.org.au/journal/article/1909 for the Version of Record.