How do retired paramedics fit into remote, rural emergency departments? 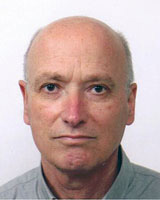 © Arie Eisenman 2013 A licence to publish this material has been given to James Cook University, jcu.edu.au

The reluctance of physicians to stay in remote and rural hospitals has resulted in a shortage of doctors in these settings, and therefore a decline in the quality of care and an intolerable overload on functioning doctors. However, mature paramedics find it difficult to comply with the demands of ambulance work and look for easier tasks that suit their age. The two problems may have a common solution if senior paramedics are incorporated into in-hospital work. Paramedics' skills, education and experience enable them to become useful physician assistants who may relieve much of the doctors' burden, allowing physicians in remote hospitals to concentrate on genuine medical duties. However, the objection of doctors' and nurses' professional organizations constitute a substantial obstacle to this solution.

Israel has experienced a shortage of physicians in its peripheral locations and in remote hospitals (RHs) ever since its creation in 1948. The fall of the Iron Curtain and the post-1989 Jewish immigration wave from the former USSR increased the Israeli population by over 12% and stunned the health care system1. Some relief came from 13 000 immigrant physicians who settled throughout the country and bolstered the medical staff in peripheral hospitals for many years. However, the recent global shortage of physicians has attracted many of them toward more rewarding positions in the central part of Israel and abroad2-4. Hence, with 25 542 doctors in Israel now, the ratio of doctors for every 1000 people is threatened to fall from 3.36 to 3.09 by 2015 and to 2.69 by 20255.

Small RHs are the most affected by this trend and find themselves too short staffed to allow proper functioning3. Physicians in RHs must now work more shifts, fulfill more duties, and attend an ever-growing number of patients, while their urban counterparts enjoy a lower burden and a better quality of life as part of a larger staff. RHs struggle in vain to retain physicians because of scarce budgetary resources. When potential candidates realize that, despite the difficult burden compared with urban hospitals, there are no special financial benefits involved they withdraw from considering employment at a RH6. Nevertheless, the restricted staff at RHs can perform well. The Get with the Guidelines-Coronary Artery Disease Program (GWTG-CAD) quality improvement initiative in the USA, which copes with a similar problem, showed that coronary patients treated at RHs receive similar quality of care and have similar outcomes as those at urban centers7, but at the expense of longer waiting times and shorter encounters with the physician6. An ever-growing waiting time and shortened doctor-patient encounters cause patients to become dissatisfied and irritated, often leading to friction and hostility between patients and overworked staff8. The hospital's reputation is damaged, and frustration propels the remaining physicians to quit in favor of the more relaxed atmosphere of an urban hospital9.

It is clear that a creative solution is urgently needed, One possible solution is to ease doctors' workload by allowing them to focus on genuine medical decisions and activities while delegating the remaining tasks (yet to be defined) to physician assistants (PA). This type of solution is not new. It has been implemented successfully in the US and the UK, as well as in other countries10,11. It began in the US with the engagement of Vietnam War veteran medics and continued with qualified university graduate PAs through the establishment of dedicated university programs10,12. Israel, too showed interest in the idea. Although there are no university-qualified PAs in Israel yet, a growing number of hospitals now offer PA positions to medical students13. In addition, paramedics already act in out-of-hospital scenes as physicians' extenders controlled by a remote physician, a model that has proven to be tremendously successful. Indeed, in some frontline units deprived of military physicians, the Israeli army even employs paramedics as physician substitutes14. Why can't overloaded RHs, short of physicians, take some of the technical burden from ED physicians and let experienced paramedics play the role of physician aids? To work, this concept out requires the establishment of a new organizational model that defines who is eligible to become an assistant, what functions he/she may fill, and how and by whom this person is to be trained.

Historically, nurses have always been the traditional partners of physicians, establishing their position in the hospital's organizational pyramid as the task-performing authority, while physicians who headed the pyramid were the policy makers15. In recent years, however, in an attempt to better define their professional status, nurses have proclaimed the independence of their profession and their reluctance to continue to be considered as assistants to physicians16. Contemporary nurses undertake other roles while delivering nursing care, such as counselor, patient advocate, researcher, and teacher17. In the US, nurse practitioners do undertake some of the physicians' traditional tasks, but they still insist on maintaining their independence rather than merely obeying doctors' orders11,18. Although the Ministry of Health in Israel values the role of an independent nurse practitioner who is somewhat similar to a PA, the Israel Medical Association totally rejects this practice19. One alternative is the practice of employing medical students as PAs. However, although this may help students to gain experience, it increases rather than reduces the burden on attending physicians who must train the students. Physicians must therefore look elsewhere for assistants if they are to reduce their workload.

Paramedics in Israel are eager to discover new challenges in their profession, and are willing to fill the PA vacancy. They have the relevant skills to perform physical examinations, to assess patients correctly, and to report accurately to remote medical authorities. They are also trained to fill medical reports and forms, to evaluate various scores, and to perform emergency medical and trauma procedures. Already, they are legally allowed to perform alone under official written guidelines or with physicians' personal observation2,4,20,21, and most recently they were allowed, under certain circumstances, to declare death. In addition, since the recent creation of a specialized program in emergency medicine for paramedics in Beersheba University, a growing number of paramedics are now university graduates4. Recent studies suggest that within a few years paramedics will outnumber the positions offered in out-of-hospital employment, making them available to join in-hospital care2,4. Older paramedics who find it difficult to cope with the physical demands of an ambulance job may become interested in an in-hospital PA position. In addition, the engagement of paramedics as PAs is financially tempting for hospital management since wage of a paramedic in Israel is substantially lower than that of a physician or a nurse (6600 NIS instead of 13 000 to18 000 NIS/month)19.

What are the possible functions paramedics can fulfill in the ED or in a hospital ward?

A paramedic in Israel operates according to the '2004 First-Aid Law' and under the authorization of the Director General of the Ministry of Health to perform lifesaving urgent maneuvers, such as administering drugs by all routes including sedation and narcotics; applying pacemakers and monitors, tracheal intubation, DC defibrillation, and chest drainage for pneumothoraxes; and treating injuries with splinting and bandaging. In-hospital, the duties a PA is trained for and potentially could fulfill may be:

As mentioned, nurses have become less interested in fulfilling many of these roles and, at least in Israel, have entrusted them back to physicians. Given the relatively small number of physicians in the ED, there are two possible models for the implementation of paramedic help:

In both models, the paramedics can perform routine technical work while the physician acts as a supervisor or consultant who deals only with complex cases and real emergencies.

Limitations: The entire change can have a favorable impact on the reputation, atmosphere, and budget of a hospital. Nevertheless, there are some limitations worth mentioning, mainly the objections launched by nurses' and physicians' professional unions18. Nurses in Israel worry that adding another role into the traditional physician-nurse-patient triangle may hurt their current status. But, as nurses insist on not being perceived as a physician's aid and prefer to build up their profession on a separate nursing track, this leaves the original task of assisting physicians open16. The Israel Medical Association is reluctant because it is afraid that substituting physicians with paramedics will threaten their privileged authority18. However, neither union has come up with a useful alternative for solving the shortage problem. Similar conflicts have been resolved in other countries. In both the US and the UK, the authorities did finally manage to convince the unions of the necessity of finding a satisfactory solution for everyone's benefit11. Let us hope that in Israel, too, the health authorities will have the courage to overcome these objections. Good will from all is necessary, and even crucial. A good start may be to launch a limited experimental pilot trial in one or more hospitals to convince nurses and physicians that such a solution may contribute to improving healthcare in remote hospitals without threatening any of the existing healthcare professions.

A model incorporating paramedics into the role of PA in the ED may largely solve the dilemmas such as the lack of physicians and of financial resources faced by RHs in Israel and in other countries facing similar challenges.

This PDF has been produced for your convenience. Always refer to the live site https://www.rrh.org.au/journal/article/2057 for the Version of Record.