When will we ever learn? A case in support of a new relationship with remote-living Australians 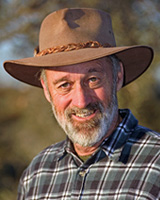 © Peter Toyne 2012 A licence to publish this material has been given to James Cook University, jcu.edu.au

The rollout plans for the National Broadband Network (NBN), in regard to the interests of remotely-based Australians, show that little has been learnt, by those making policy and program decisions, about the realities of remote and Indigenous life. Remote-living Australians have the most to gain, and the most to lose from the outcomes of such an important change in the way the nation interacts. The model through which advanced telecommunications services are offered to them therefore presents a critical test of the fairness and inclusiveness of the NBN policies. Failure to alleviate the debilitating effects of isolation will also threaten the nation's ability to fully occupy its own landmass into the future.

NBNCo intends to offer broadband services to the remote areas, initially through an Interim Satellite service, and subsequently by a permanent service following the launch of two new satellites in 2015. Government organizations such as schools, clinics and council offices are not to be included as they are deemed to have access via state and territory government arrangements. The recipients of the services are therefore 'households' who can subscribe, via a retail service provider, at rates capped at $2500 over the first 3 years for a 1 or 6 Mbps service. Terminal equipment will be provided by NBNCo.

So what is wrong with these arrangements?

The problem is that remote Indigenous and non-Indigenous communities don't operate in the way envisaged by this model. The resources and activities of government telecommunications in such communities seldom link to the strong elements of the overall community aspirations, but rather take a narrower agency and institutional focus. In many communities - Indigenous, mining, tourist towns - community members mediate most of their affairs at the community, rather than the household, level.

The model adopted by NBNCo for their remote services means that government telecommunications arrangements will continue to be fragmented and incapable of delivering the full potential of the technologies in alleviating isolation and improving service delivery outcomes. Equally, the uptake of household broadband services will be at best muted as such decision-making entities don't generally exist. A model which relies on competition within the market fails in remote areas where there is often only one or no service providers.

Is there a better way?

Given half a chance, remote communities can be very good at defining their aspirations and pursuing them in partnership with government and the private sector. With regard to telecommunications uptake, projects such as the Tanami Network and Outback Digital Network in the 1990's demonstrated beyond doubt that communities are capable of developing and applying a sophisticated program of telecommunications use, and taking this into partnership with public and private sector institutions.

The diverse social and economic benefits which arose out of such usage was thoroughly recorded and analysed in the 1993 DEET report 'Flourishing but Fragile'1, and this report included a viable national business case for this partnership approach to the provision of telecommunications services, prepared by Ernst and Young. The business case identified the need for a critical mass of remote participating sites to leverage a change in the operational arrangements of government agencies and private sector organizations in order to make it viable.

Successful and commercially-viable activities were demonstrated in such diverse domains as health delivery and distance education of remote-based health personnel, distance delivery of secondary and tertiary courses, social links to prisoners and hospital patients, marketing of artwork, advocacy of local aspirations to politicians, public servants and business people, and distance-linked participation in numerous public forums where an effective community voice could be presented.

So what could NBNCo do?

With the finalization of the satellite services some 4 years away , there is still time to undertake serious work in developing a partnership with remote communities, state and territory governments, and private sector organizations in which to embed the provision of remote broadband services.

A good starting point for them would be the National Film and Sound Archives , which holds a detailed history of the earlier projects along with most of the documentation. The remote communities got very close to a truly national initiative in this earlier work, all that is needed is for the agenda to be revisited with the addition of national sponsorship and vision.

Paradoxically, the best chance of making a remote broadband service commercially viable is to abandon the conventional commercial model in favour of one which embeds the commercial arrangements in a wider social and cultural framework.

Australia is in danger of losing its remote population due to disrespectful and neglectful policies. We could be condemning ourselves to a future era where we have to mount an expedition in order to establish an activity in the remote regions of our country. Equally we cannot afford to lose the connectedness, which is exemplified in our remote communities, as an example for community relations elsewhere. In the rest of the country we seem to rediscover the need for this connectedness only after major disasters.

Remote Australians have demonstrated the enormous power and potential of telecommunications in supporting community life. Isn't it about time we adopted their model instead of yet again imposing one drawn from the rulebook of conventional commercial operations.

This PDF has been produced for your convenience. Always refer to the live site https://www.rrh.org.au/journal/article/2115 for the Version of Record.