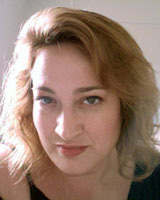 Context: People living in rural or remote Brazil, as in other sub-tropical or tropical nations, are vulnerable to infections that would not normally occur in urban areas or wealthier nations. Brazil is a geographically extensive nation, historically marked by vast socioeconomic inequalities. Approximately 16% of the population live in rural areas.
Issue: This clinical case report demonstrates the vulnerability of rural residents who are underserved by Brazil's 'universal' public healthcare system, despite social and economic challenges that increase their risk for disease. Myiasis (especially oral myiasis) is a rare health condition in humans caused by fly larvae. Oral myiasis usually appears in periodontal pockets and open wounds, such as after dental extractions. It is associated with poverty, lack of access to health care, and very poor overall health status. While myiasis has a worldwide distribution, it is particularly associated with the tropical and sub-tropical regions of North and South America.
Lessons learned: This article describes a rare case of myiasis in the upper lip of a rural male patient. The case report demonstrate that rural and remote residents can be socially excluded from the benefits of technology and biomedicine, making them vulnerable to rare infections.

This clinical case report from rural Brazil documents a severe case of oral myiasis in a 52 year old male. This rare infection resulted from a combination of factors that made the patient susceptible. In Brazil, there are great differences in income, education, and access to health care between Brazil's rural and urban populations, where the per capita income of those in rural areas is half that of urban dwellers. In Brazil 8% (rural) and 24% (urban) of adults between the ages of 40 and 60 years have at least 11 years of formal education, and 14% (rural) and 36% (urban) of the population has private health insurance1. The term 'structural violence' has been used by medical anthropologists2-4 to show how social organization, political economy, and biology can interact to cause and perpetuate disparities in access, development and economic status which foster the spread of disease. Structural violence affects populations differently so it is essential to recognize where macro-structural forces manifest in the suffering of specific populations. This case study demonstrates the way biological, ecological, social, and economic factors related to rural residence collectively resulted in this uncommon case of oral myiasis.

Myiasis is a parasitic infection that affects the organs and tissue of humans and livestock when fly larvae invade live or necrotic tissue5,6. The incidence of myiasis is higher in rural areas (where the fly is more common), and most commonly occurs in domestic animals and house pets. It has been linked to low socioeconomic status and overall vulnerability to disease in humans, with those affected likely to be very young or very old, sick or debilitated, and have very poor personal hygiene. Alcoholism, homelessness, low socioeconomic status, and predisposing pathologies such as epilepsy and epidermal carcinoma have all been associated with the disease, which occurs primarily in the tropical regions of underdeveloped countries5-8.

A diagnosis of myiasis is based on a clinical evaluation and confirmed by laboratory tests that identify the larvae. Treatment consists of total removal of the larvae and the administration of oral antiparasitic agents such as ivermectin9-11.

A myiasis infection can be a very serious condition, for instance C. hominivorax can deposit 400 eggs on an open wound5. Necrobiophagous flies (which feed on necrotic tissue) produce secondary myiasis. This is the most common type found in humans and usually affects patients with lesions in necrotic cavities. Myiasis can also be classified according to the site of infestation: cutaneous or tegumentary, cavitated or deep, and visceral; the first two of these are most likely to be implicated in maxillofacial infections5,9,13,15-18.

Oral myiasis cases have been reported most frequently in epileptic patients with lacerated lips after a convulsion, in children with lip alterations or a thumb sucking habit, in patients with advanced periodontal disease, at dental extractions sites, in patients with neoplasia of the oral mucosa, and in patients with a predisposition to maintaining an open mouth. The larvae can lodge in the palate or the gingival tissue where it produces ulcerative lesions that may go unnoticed or produce inflammation10,12,16,19,20.

Myiasis is usually treated with debridement or scission, which consists of manual removal, sometimes with a topical asphyxiating medication that forces the larvae to emerge. The most efficient and safest systemic pharmacologic therapy in humans is ivermectin, which acts by disabing the parasite's nervous system9,11,13-18. Recommended standard treatments also include the use of profuse and deep irrigation with home disinfectants, other antibiotics or larvicides and antiparasitics to ensure complete elimination of the infectious agents. The risk of poisoning or cancer associated with the use of creolina (readily available in Brazil) as an irrigating agent prevents its use as the treatment of choice14,17,21-26.

A 52 year old, dark-skinned male weighing 45 kg was admitted to a hospital in Montes Claros, Minas Gerais, Brazil via the emergency room. Montes Claros is a mid-sized city in the interior of Brazil that serves as the center for medical treatment to a large surrounding rural population. The patient lived in a rural area and had been admitted to the same hospital with a diagnosis of Alzheimer's disease 5 years earlier. He had not received specialized medical treatment for Alzheimer's since that time. Patients who suffer from Alzheimer's disease are generally dependent on assistance from family members to maintain their overall health, including oral hygiene27.

The emergency room diagnosis was a severe case of myiasis infestation. Clinical examination revealed edema of the upper lip with a small opening (required for the larvae to breathe). The patient reported the sensation of things moving inside the swollen area. After local anesthesia at the site of infection, an incision was made in the upper lip (Fig1) and the larvae were removed surgically (Fig2). Two 6 mg ivermectin tablets were prescribed. Following the procedure the patient was hospitalized for medical care to address his underlying poor health (primarily severe under-nutrition). The larvae were subsequently submitted for parasitology testing which reported them to be D. hominis.

It is important to detect this condition in its early stages7,8; however, this was not possible for our patient. In Brazil, treatment to arrest the progression of Alzheimer's disease is not readily accessible in rural areas, and it is difficult to recruit public healthcare physicians to rural posts28. Even with higher remuneration than for urban positions it is difficult to keep rural health posts staffed, and in order to see medical specialists such as neurologists, rural residents must be transported to urban centers. However, such transport is often limited due to rural socioeconomic constraints. Access to education and health knowledge are limited in rural areas, and the self-care limitations of Alzheimer's disease also significantly contributed to the vulnerability of this patient. In this case report, the sum of a number of patient factors led to a unique case of myiasis in the upper lip9-11.

The nutritional, physical and mental health conditions in rural regions of Latin American countries such as Brazil predispose the population to pathologies not normally observed elsewhere14,23. In such a situation the risk factors for disease can increase exponentially1-4. Myiasis is an example of this mechanism, for it is associated with extreme poverty or cases of incapacitating mental conditions where self-care is limited, making individuals vulnerable to a disease very uncommon in human populations18,21,25,26. This disease is more prevalent in rural populations, demonstrating that structural violence contributes to the financial and social exclusion of such populations. When risk factors combine to produce unfavorable results5,6, one of these factors in Brazil is living in a rural or remote location.

23. Sharma A, Hedge A. Primary oral myiasis due to Chrysomya bezziana treated with Ivermectin. A case report. Journal of Clinical Pediatric Dentistry 2010; 34(3): 259-261.

This PDF has been produced for your convenience. Always refer to the live site https://www.rrh.org.au/journal/article/2188 for the Version of Record.