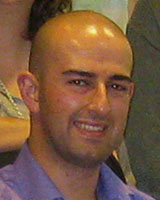 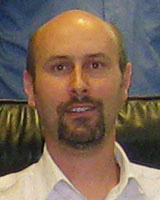 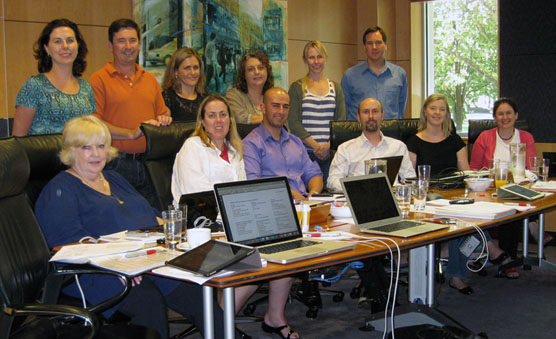 The 50th annual National Scientific Conference of the Australian Society for Medical Research was held in Cairns, Queensland, 13-16 November 2011. The theme, 'Indigenous Health: ACTION on Prevention' highlighted the direct action being undertaken by health and medical researchers, as well as allied health professionals, to improve long-term health outcomes for Indigenous Australians.

The statistics concerning Indigenous health are well documented. The life expectancy of Indigenous Australians is more than 11 years lower than the national average. In some Australian states and territories, the infant mortality rates are more than double that of non-Indigenous Australians1. Disproportionately high rates of cardiovascular disease, diabetes, kidney disease, communicable diseases and eye, mental and psychosocial disorders continue to affect Indigenous people2. Furthermore, risk factors for chronic disease, including alcohol abuse and tobacco smoking, are significantly more prevalent among Indigenous people2. Despite the breadth of research characterising the epidemiology of the disease burden among Indigenous Australians, there has been a distinct deficiency in successful intervention programs.

The 50th annual National Scientific Conference of the Australian Society for Medical Research was held in Cairns, Australia, 13-16 November 2011. The theme, 'Indigenous Health: ACTION on Prevention' highlighted the direct action being undertaken by health and medical researchers, as well as allied health professionals, to improve long-term health outcomes for Indigenous Australians. In a welcoming environment, researchers and postgraduate students from around Australia gave outstanding presentations, detailing the proactive research they have been undertaking in partnership with Indigenous people.

The general theme of 'better research methods' was highlighted by Professor Rob Sanson-Fisher, who discussed the importance of moving away from descriptive studies, and focussing on how to best implement and assess the efficacy of evidence-based interventions. It is widely acknowledged that there is a glut of 'descriptive research' when it comes to Indigenous health, and throughout the conference, it was highlighted how simple measures can lead to transformational outcomes. Professor Sanson-Fisher described alternative research designs that could be used to evaluate the effectiveness of programs intended to improve health outcomes.

The adoption of primary and preventative healthcare strategies remains the gold standard for improving health outcomes of Indigenous Australians. Michelle Adair discussed how targeted 'Working with Medicines' training workshops with Aboriginal health workers led to improved knowledge and increased confidence when interacting with clients and patients on the quality use of medicines.

Health service provision for women and children in Far North Queensland (FNQ) faces major geographical and climatic challenges as well as a need for improved health infrastructure. Professor Caroline de Costa emphasised the need for greater community consultation by government bodies, using the example of the closure of the birthing centre in Cape York to highlight the social, financial and cultural difficulties now encountered by women in FNQ, who are forced to travel to Cairns Base Hospital at 36 weeks gestation, to await the birth of their child4. The impact of this is especially concerning, because FNQ has a high incidence of at-risk pregnancies due to alcohol and tobacco use and the prevalence of gestational and type II diabetes5.

Simple interventions can lead to long-term improvements in health outcomes, as highlighted by Sandra Campbell, who identified pre-pregnancy risk factors and linked them to pregnancy outcomes, finding that preventable risk factors, including sexually transmitted infections and/or drinking and smoking, were associated with miscarriage and smaller babies. The successful results from the Apunipima 'baby baskets' program, drew significant interest. Three baskets containing items such as fresh fruit and vegetable vouchers, nappies and a baby sleeper were provided to Aboriginal mothers in Cape York: one basket at confirmation of pregnancy, one at birth and one 6 months after birth. A profound effect on child health outcomes was reported, with the scheme also allowing health workers to 'have a yarn' [talk] with the mothers about their pregnancy and motherhood.

The H1N1 influenza pandemic created global panic, with deaths recorded world-wide6. Less documented was the over-representation of Aboriginal and Torres Strait Islanders affected by the H1N1 virus. Research directed by Professor Adrian Miller aimed to identify barriers to the implementation of current containment strategies for pandemic influenza in rural and remote Indigenous communities in New South Wales (NSW), Queensland and Western Australia; develop culturally appropriate containment strategies for these communities; and develop a generic 'kit' for use by other communities to rapidly develop specific containment strategies. Key themes to emerge were 'ask us', 'listen to us', 'share with us', 'keeping families safe', 'our ways', 'partnerships and collaborations'.

Scabies and strongyloidiasis are endemic in many remote Aboriginal communities in the Northern Territory, contributing to high morbidity. In a prospective study, Therese Kearns demonstrated that mass treatment for these endemic parasitic infections using ivermectin led to significant reductions in the prevalence of disease. These findings may have global implications for public health programs and treatment guidelines. The session concluded with Lynette Sanchez, whose team is currently assessing how the simple measure of salt-water/chlorinated swimming pools may help reduce the burden of otitis media, a middle ear infection, in children from the APY lands of South Australia.

An emerging theme affecting not only Indigenous people, but also the population nationally was the importance of nutrition education and exercise. Professor Josephine Gwynn and Nicole Turner gave a passionate presentation on the nutrition and physical activity levels of Aboriginal and Torres Strait Islander children in rural NSW. Their research demonstrated that the majority of Indigenous children consumed diets low in fibre and high in sodium, with an increased intake of sugary drinks, hot potato chips, salty snacks and white bread. They described the Many Rivers Diabetes Prevention project, which has worked towards empowering the Durri and the Biripi Aboriginal Community Medical Services to control and direct the project.

Several presenters in this session highlighted the increasing incidence of type-II diabetes in Aboriginal people7, with prevention and preventative strategies discussed. Overweight and obesity, stemming from energy-dense, nutrient-poor diets and sedentary lifestyle were identified as key risk factors.

Misuse of alcohol and cannabis was emphasised as a significant risk factor for adverse mental health outcomes8. Associate Professor Alan Clough discussed novel intervention strategies to reduce substance misuse in remote Aboriginal communities, describing the importance of engaging local communities to develop community-based interventions. Despite the heavy burden of substance misuse, surveys in the Northern Territory and Cape York have found most smokers of tobacco and cannabis express a desire to quit or have tried quitting, but the appropriate tools and support, specifically tailored for these communities, are not available or accessible8. The evidence suggests that substance misuse could be reduced by improving basic areas of financial capability.

The Edwards and Firkin orations were presented by Professor Robyn McDermott (University of South Australia) and Professor Sir Mason Durie (Massey University, New Zealand) respectively. Their presentations aligned with key themes to emerge throughout the conference. Professor McDermott gave a spirited discussion of the implications of misdirected research funds, highlighting the importance of better investment in health and health determinants for Indigenous people, where small changes can make big differences. Sir Mason used specific case studies from his experiences with Maori health, to present the importance of a holistic approach when designing research around Indigenous health in Australia. He emphasised three main factors that, in New Zealand, helped to transform Maori health: engagement with Indigenous people; cultural awareness and acceptance of Indigenous knowledge and traditions; and the involvement of Indigenous researchers. The holistic approach was a recurrent theme, with clear steps forward being made in Australia to improve research methods, and subsequently health outcomes for Indigenous people.

The conference was a constructive and dynamic forum, which reiterated the unacceptable state of Indigenous health in Australia; however, also put the spotlight on positive health outcomes being achieved through evidence-based interventions, novel study designs and holistic methodologies. The New Zealand Maori health experience, as described by Sir Mason Durie, should be a benchmark for improving Indigenous health outcomes in Australia. By engaging Indigenous people, building health services and research capacity, and through knowledge sharing by 'having a yarn', real differences are being made by Australian Indigenous health researchers and professionals. Developing better evaluative methods to ensure efficacy of health interventions will lead to better channelling of research funding. The tireless, pro-active work presented at the 50th annual National Scientific Conference of the Australian Society for Medical Research is an example of how positive health outcomes can be achieved for Indigenous Australians by listening, sharing and collaborating.

6. Miller A, Durrheim AD. Aboriginal and Torres Strait Islander communities forgotten in new Australian National Action Plan for Human Influenza Pandemic: "Ask us, listen to us, share with us". Medical Journal of Australia 2010; 193(6): 316-317.

This PDF has been produced for your convenience. Always refer to the live site https://www.rrh.org.au/journal/article/2256 for the Version of Record.