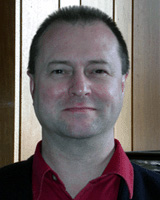 © Richard Lawrance 2003 A licence to publish this material has been given to Deakin University, deakin.edu.au

In Australia, since 1973, the Royal Australian College of General Practitioners (RACGP) has trained medical graduates, who have undertaken their intern year, in general practice using what is called the 'apprenticeship model'. In this model, as the pre-industrial trades-based term implies, the 'trainee' (or registrar as they are known today) works as a doctor in a general practice under the direct supervision of an experienced General Practitioner (known as their GP supervisor). These GP supervisors, and their registrars, are supported by a team of medical educators who provide educational materials, advice on educational processes, and educational activities for registrars in a central location (usually a State capital city) on one- or two-day release from practice. Medical educators also visit registrars in their practice to offer educational feedback on observed consultations.

At its inception, the RACGP Training Program (or Family Medicine Program as it was first known) was conducted operationally on a State and Territory basis, with all State and Territory offices delivering the same training program within a national framework, to a national curriculum, and national evaluation and monitoring guidelines, but with budgetary and professional autonomy. However the reach of even a State office was found to be impractical due to the remote but sizeable centres involved.

The practice of regional training was initiated early in the 1990s, with regional autonomy given to offices operating in the far north of Australia's north-eastern State, Queensland; in Darwin (in Northern Territory); and in Gippsland, in the south-eastern State of Victoria. These early regional programs were associated with universities - respectively, the University of Queensland (now James Cook University), Flinders University of South Australia, and Monash University in Victoria.

With the advent of the Training Program's Rural Training Stream, in 1993, and an increasing understanding of the value of regional training in order to provide the best educational experience of rural and remote general practice, the process of regionalisation of GP training was intensified until, in 2000, there were 15 regionalised offices in rural Australia, mostly in association with universities.

Even this reach, however, did not satisfactorily deal with the problem of educational support for registrars' training in very remote Australia. In 1998, the RACGP and the recently-formed Australian College of Rural and Remote Medicine joined to develop a pilot scheme in remote vocational training. This scheme used remote supervision, fly-in medical educator visits, and electronic means of distance learning such as Internet resourcing, teleconferencing and videoconferencing to complement face-to-face educational releases. The program proved so successful that in 2003 the Australian Commonwealth Government agreed to fund the scheme for a further 3 years. In the Northern Territory, where most of the training practices are in remote settings, often with predominantly Aboriginal populations, a similar approach to training was taken.

The other approach taken by the RACGP Training Program to solve the problem of remote support was to appoint part-time medical educators in association with rural and remote Centres for Rural Health and Rural Clinical Schools which began to emerge in strength, again from the university system, in the 1990s. The situation encountered by the author of the Rural and Remote Health article, Pilot study on the factors that influence learning by general practice registrars in central Australia1 as a medical educator in one such remote Australian centre, well illustrates the difficulties encountered by a training program that is thinly stretched at its outermost (or innermost, depending on one's perspective) extremities, attempting nevertheless to deliver consistent and comparable quality.

Wearne recommends replication of the pilot study in other geographical contexts to test the results emerging from it, and this would be a research project worthy of funding1. In analysing the relative strengths of and weaknesses in delivery of a standardised GP Training Program in a remote context like this, it is important to be aware of other significant factors that may have strong influence on such research, given the sample size.

One influence alluded to by at least one registrar in the study is the population health context. A large number of patients in this central Australian teaching context are Australian Aboriginal people. The RACGP Curriculum has a specific module on Aboriginal Health Training, developed in collaboration with Australia's National Aboriginal Community Controlled Health Organisation - a representative body that has affiliates in each State and Territory, each administering government funded Aboriginal Medical Services.

A review of the implementation of this curriculum, conducted by the RACGP's independent Outcomes Evaluation Unit in 2001, found that approximately 41% of registrars had no Aboriginal-health training prior to entering GP training, and approximately the same number (42%) had no experience of working with Aboriginal or Torres Strait Islander people at all (prior to GP training)2. One of the key recommendations of a national needs assessment conducted by the RACGP's National Rural Faculty in 2001 was that education in cultural safety, and direct mentoring by members of local Aboriginal communities, were key needs not being met by existing Aboriginal-health training3. Given that the registrars in the study self-selected to work in the region, it can be assumed that they had an existing interest in Aboriginal health. However it is not clear from the study what education they had received in Aboriginal health, particularly in relation to cultural orientation and cultural safety.

Gender is another factor of potential influence in the pilot study, given that all registrars involved were of the same gender. Goldman et al. found significant differences between male and female GP registrars in their preferred clinical areas, for instance4. For the purposes of the pilot, however, it may be instructive that while satisfaction with locality of training practice was significantly independent of gender - and that was across the full range of delivery mechanisms deployed by the RACGP Training Program including GP supervisors - registrars in rural and remote locations were significantly more likely than their urban counterparts to be satisfied with their location, regardless of gender. Rural and remote registrars have also been found to experience (to their satisfaction) a greater range of clinical experience than their urban peers5.

A third variable important to factor into further iterations of this research in other geographical locations is registrar workload, and changes in workload during training. Cooper et al. found significant variation among States on the average number of patients seen by registrars, and between basic and advanced terms6. While the average number of specific clinical services registered with Australia's national health insurance system (Medicare) did not vary in South Australia and the Northern Territory (SA & NT) between registrars in their first (basic) term and those in the second (advanced) term, the basic terms' mean was below the national norm, whereas the advanced terms' mean was above it. However the range of patients seen per hour varied more in SA & NT than it did in any other State or Territory in Australia.

The same is also true for a fourth variable: differences in the range of GP supervisors' teaching hours experienced by GP registrars in different locations. In SA & NT, the mean in basic terms was at the national average (2.7 h/week), but below RACGP Training Program guidelines (3 h/week). In Advanced terms, the SA & NT mean was well above the national average (1.5 h/week) but ranged between 0.5 and 3.2 h/week. Satisfaction with access to educational resources has generally been found to be significantly less for rural and remote registrars, although in an RACGP study this was still at a positive 84%5.

The fifth, and perhaps most significant educational variation further research applications of this pilot could take into account is that of learning style. Since the 1950s there has been a wealth of research world wide into the relationship between cognitive style and preferred approaches to learning, and some good research into the effect of the match in learning styles between educators and learners.

Joanne Bennett, a Quality Improvement Officer with the RACGP Training Program in SA, conducted a detailed study of the learning preferences of GP registrars with four intakes, between November 1996 and March 19987. She was able to compare registrars in their first 6 months of training (basic term) with those in their second 6 months (advanced term). Bennett uncovered some distinct differences between these two groupings. Whereas registrars in their basic term showed a greater liking for the social support aspect of educational releases, for instance, as well as group and case discussions; advanced term registrars were more interested in the informative nature of sessions, their relevance, practicality and interactivity. This greater emphasis on practicality by advanced term registrars was also reflected in preferences for teaching methods.

Other research into learning styles of a more cognitive orientation indicates a good gross match in Australia between GP registrars and GP supervisors, but such generalisations belie the significant variation in learning-style match than can occur between individual learners and their educators8. Davies found a significant generalised variation between the preferred learning styles of rural and remote GP supervisors, for instance, in his South Australian study, and those of their urban colleagues8. Lewis and Bolden found a significant variation (using the same method of assessment as Davies) between learning style orientations of the UK equivalent to GP supervisors and their registrars9. This is, thus, a variation that clearly needs to be factored into further iterations of the pilot study featured here because it may have strong implications for both registrar satisfaction with their supervision and for the relevance of factors such as hours of formal teaching, and method of teaching.

With the advent in 2001 of 22 regional GP-training providers funded independently of the RACGP by a purpose-built Commonwealth Government authority, and the further funding of the Pilot Remote Vocational Training Stream, there is a strong opportunity for further replication of this pilot study in discrete geographical locations around Australia. Perhaps this is research activity the funding authority, General Practice Education and Training, will see as falling within its overall quality evaluation purview.

2. Yaxley L. Aboriginal health: an evaluation of the implementation of the curriculum. Melbourne, VIC: Royal Australian College of General Practitioners, 2001.

4. Goldman S, Cooper B, Jasper A, Wellard R. The effects of gender and locality on registrar views of the training program. Melbourne: Royal Australian College of General Practitioners, 2001.

8. Davies P. An evaluation of aspects of the RACGP Training Program in South Australia and the Northern Territory. MSc Diss., Flinders University of SA School of Medicine, Adelaide, South Australia, 1994.

This PDF has been produced for your convenience. Always refer to the live site https://www.rrh.org.au/journal/article/232 for the Version of Record.