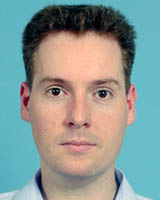 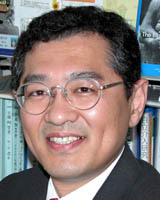 © derek smith, Naoki Kondo, Emiko Tanaka, Keiko Hirasawa, Zentaro Yamagata 2003 A licence to publish this material has been given to Deakin University, deakin.edu.au

Musculoskeletal disorders (MSD) comprise significant occupational injuries and disability within the nursing profession1. Risk factors are known to include workplace activities such as manual handling, heavy lifting, strenuous tasks and work environment2-5. Personal and psychosocial factors such as frequent low mood, low work-support from superiors and body size variability are also important predictors in the development of this condition6-9. Various international studies have shown that hospital nurses represent a significant nursing sub-group who are often affected by MSD10-12. Although many prevalence studies have investigated MSD among hospital nurses, most research has been undertaken in large urban areas. Therefore, a knowledge gap exists in scientific literature regarding the prevalence and correlates of MSD among rural hospital nurses. The present study sought to fill this gap by investigating MSD among nurses within an affiliated rural hospital conglomerate of central Japan. A self-reporting survey was selected as diagnostic tool because the reliability, validity and cost-effectiveness of this method has been established13-15. Furthermore, the present authors had already undertaken a pilot study that had shown the methodology to be feasible16.

The purpose of this research was to conduct a cross-sectional, epidemiological analysis of MSD among rural hospital nurses from three affiliated facilities in rural Yamanashi prefecture, central Japan. Yamanashi prefecture is approximately 120 km from Tokyo and occupies a 4463 km2 mountain basin bordered by Mt Fuji, Nagano and the Southern Japanese alps (Fig 1). This prefecture has approximately 900 000 inhabitants, and the predominant industries include agriculture and tourism. Our project was initially reviewed and approved by the University of Yamanashi Human Ethics Committee in 2003 and all subjects gave their informed consent to participate. Data were gathered using a self-reporting questionnaire. Our questionnaire was based on the Standardised Nordic Questionnaire, which has previously been shown to be reliable and well-tolerated by workers17. The use of questionnaires for assessing MSD has also been validated in other publications13-15. A simple, two-page anonymous format was chosen that included demographic questions such as age, sex, smoking, alcohol consumption. Specific MSD questions were asked, including the location of MSD over the previous 12-month period and whether sick leave had been taken or medical advice sought12-17. MSD were classified according to the criteria of Kuorinka et al.17, who defined them as an ache, pain or discomfort within the defined area over a set period of time. Nurses were also asked their department of employment and other miscellaneous questions regarding common work tasks and manual handling activities. The survey instrument was translated into Japanese and evaluated by a panel of Japanese nursing experts, before being back-translated into English and re-checked by the original author [DRS].

All questionnaires were distributed to the three facilities within a 1-week time period and collected after approximately 2 weeks. A reminder notice was issued by nursing management in the second week to maximise survey response. Data were entered into a standard spreadsheet program and coded by facility, before being analysed by statistical software. As the group was predominately female, all males were excluded to avoid statistical confounding. Standard descriptive statistics were calculated, as were 95% Computed Confidence Intervals (95% CI) for MSD prevalence. Logistic regression was also performed to establish correlations and MSD risk factors (Cochran Mantel-Haenszel method). Items in the regression model were analysed simultaneously. Significant differences between the three study sites were checked using the c2 test for discrete variables and one-way ANOVA for continuous variables. Differences between variables with cell counts less than 5 were investigated separately using Fisher's exact test. Probability values greater than 0.05 were regarded as statistically insignificant throughout the analysis.

From our initial sample of 329 nurses recruited from 3 affiliated rural hospitals, 259 completed replies were obtained, yielding a basic return rate of 78.7%. From this group, six male staff and 6 unusable questionnaires were then excluded. Questionnaires were excluded when the response was confused, incomplete or non-existent. A final cohort of 247 females was obtained from three facilities containing 126, 73 and 48 nurses, respectively. After exclusions, our final response rate was 75.1%. The mean age of staff within this study was 33.4 years (standard deviation (SD) 10.5) and almost all (88.3%) were registered nurses (Table 1). Approximately half (52.2%) were currently married and one-quarter (25.9%) lived alone. Occasional alcohol consumption was reported by 60.3% and tobacco smoking by 41.3%. The average number of cigarettes smoked per day was 5. Their working week varied from 1 to 70 h, with a mean of 20.2 h (SD 19.8) and median of 5 h. Our nurses' total duration of employment ranged from 1.2 to 34.9 years, with a mean of 9.3 years (SD 8.7) and median 5.2 years. For all demographic variables there were no significant differences by study site (all p >0.05).

Table 3: Risk factors associated with the presence of lower back pain among rural Japanese nurses

Of the rural nurses in our study, 91.9% reported an MSD of some description occurring over the previous 12-month time period. As such, this prevalence is higher than a Swedish study where 84% of nurses suffered from neck, shoulder, or upper or lower back MSD11. It is also higher than a previous nursing investigation conducted in the US, where 72.5% participants reported an MSD occurring in the past year12. LBP was the most common MSD in the current Japanese study, affecting 82.6% of all nurses. There is considerable literature available regarding LBP, and the 12-month period-prevalence among nurses has been previously reported as follows: Hong Kong (40.6%)3, France (41.1%)9, England (45%)2, Sweden (64%)11 and Taiwan (69.7%)4.

Why rural Japanese nurses have a higher prevalence rate is difficult to understand. The Taiwanese research conducted by Chiou et al.4 followed a similar methodology by surveying nurses working at a variety of related hospitals. In Chiou et al.'s investigation, the 12-month period-prevalence of LBP was also quite high (69.7%). However, the average age of Taiwanese nurses (25.2 years) was younger than our cohort (33.4 years); similarly, their mean duration of employment (3.9 years) was shorter than for the Japanese nurses (9.3 years)4. Although these results suggest that LBP increase with age and duration of employment, correlations between age and LBP or duration of employment and LBP were not found during statistical analyses. It is possible, therefore, that rural Japanese nurses simply experience a higher level of LBP higher than other foreign groups, or alternatively that some as yet unknown risk factor was influencing the results.

The period-prevalence of shoulder MSD among Japanese nurses (61.1%) was very similar to previous studies conducted in Australia (60%)5 and Sweden (60%)11. It was however, slightly higher than other nurse investigations from Sweden (53%)7, and South Africa (41%)8 and the US (35.1%)12. This result suggests that shoulder MSD represents a considerable problem for nurses the world over and may be particularly prevalent in certain countries, including Japan. Neck MSD was the third most commonly reported MSD within the Japanese cohort, affecting 36.8%. This result was lower than other studies conducted in Sweden (48-53%)7,11, the US (45.8%)12 and Australia (slightly higher than 40%)5. The upper back was another important body site for MSD among rural Japanese nurses, with a period-prevalence of 29.1%. Again, this rate was very similar to previous research conducted South Africa (31%)8 and Sweden (30%)11, but slightly higher than an Australian investigation (just over 20%)5.

Lifting, moving or transferring patients was identified as a significant LBP risk factor during our study, with a high adjusted odds ratio of 16.7. This result is consistent with previous reports indicating manual patient handling, transferring or moving as important predictors of MSD and LBP2-5. Manual handling is a particularly important issue in nursing, because staff must meet the demands of patients at any time4. Furthermore, many patient-related manual handling activities need to be undertaken in less than ideal spaces and in suboptimal time frames1. Such situations often incur great biomechanical strain, which may eventually lead to the development of MSD. After adjustment for the confounding factors of age and duration of employment, no statistical difference in MSD prevalence was detected between the three facilities surveyed in our study. This result implies that MSD prevalence is reasonably consistent between affiliated hospitals in central Japan, even when certain MSD categories are higher than others. The excessive amount of LBP within our group, however, suggests that rural Japanese nurses are at higher risk of this condition when compared with their foreign counterparts.

It is fair to acknowledge that our study incorporated certain limitations. Chief among them was the reliance on self-reporting questionnaires to asses the degree of dysfunction. MSD is a subjective term, which probably varies between occupational groups and over national boundaries. What is unbearable to one individual may simply be problematic for another. To help address these issues, a standardised questionnaire was used17, which was then translated in a manner specifically designed for Japanese nurses. Further explanation was provided by nursing management, some of whom had assisted with the original survey design. Japanese nurses often complete questionnaires as part of their working life, therefore it was expected that their answers adequately reflected the nature of MSD among their unique occupational subgroup. Nevertheless, the development of standardised Japanese-language MSD questionnaire would be helpful in addressing these issues.

Overall, our study indicated that MSD is common among rural Japanese nurses and its prevalence is consistent between related facilities. The excessive amount of LBP, however, suggests that Japanese nurses are at higher risk of this condition when compared with their foreign counterparts. The management and prevention of MSD among Japanese nurses will undoubtedly require a multifaceted approach, incorporating load reduction devices, more frequent rest breaks and key input from the nursing staff themselves. As such, future intervention studies should be undertaken to most effectively target resources for MSD prevention. Further research is also required to evaluate the complicity of rural location in the development of MSD.

8. Botha WE, Bridger RS. Anthropometric variability, equipment usability and musculoskeletal pain in a group of nurses in the Western Cape. Applied Ergonomics 1998; 29: 481-490.

12. Trinkoff AM, Lipscomb JA, Geiger-Brown J, Brady B. Musculoskeletal problems of the neck, shoulder and back and functional consequences in nurses. American Journal of Industrial Medicine 2002; 41: 170-178.

15. Björkstén MG, Boquist B, Talbäck M, Edling C. The validity of reported musculoskeletal problems. A study of questionnaire answers in relation to diagnosed disorders and perception of pain. Applied Ergonomics 1999; 30: 325-330.

17. Kuorinka I, Jonsson B, Kilbom A et al. Standardised Nordic questionnaires for the analysis of musculoskeletal symptoms. Applied Ergonomics 1987; 18: 233-237.

This PDF has been produced for your convenience. Always refer to the live site https://www.rrh.org.au/journal/article/241 for the Version of Record.