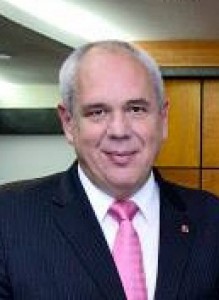 © Ernesto Peñaherrera, Freddy Pow-Chon-Long, Oscar H Del Brutto 2014 A licence to publish this material has been given to James Cook University, jcu.edu.au

Ischemic heart disease (IHD) will be one of the next health epidemics in rural areas of Latin America due to increased life expectancy and changes in lifestyle of the population. Knowledge on prevalence, incidence, and mortality rates of IHD is important to implement cost-effective strategies directed to reduce the burden of this condition. However, there is scarce and somewhat contradictory information on the epidemiology of IHD in the region1. Here, we report the basal findings of the Atahualpa Project, a multi-step population-based study designed to reduce the burden of IHD in rural coastal Ecuador.

Methodology of the Atahualpa Project has been detailed elsewhere2,3. In brief, trained field personnel performed a door-to-door survey to evaluate the cardiovascular status of all Atahualpa residents aged ≥40 years, and to apply a validated Spanish translation of the Rose questionnaire directed to identify persons with suspected IHD4. Using this simple screening instrument, persons are considered as 'suspected cases' if their response to one of two questions is affirmative. Thereafter, certified cardiologists examined all individuals who were screened as suspected cases, as well as two randomly selected persons who were considered as non-suspected cases during the screening phase (matched by age and gender to the suspected cases); such evaluation also included a 12-lead ECG and a treadmill test performed in the field. Cardiologists were blinded as to whether the individual was a suspected case or a non-suspected control, and IHD was diagnosed by clinical judgment and ECG findings.

To get more insights of this low prevalence of IHD in the population, we looked at death certificates at the civil register office of the village. After reviewing a total of 139 death certificates of people aged ≥40 years from 2003 to 2012, we found that 24 (17.3%) of them were attributed to an 'acute myocardial infarction', and signed by a physician. Despite the biases of a retrospective search of death certificates, this suggests that Atahualpa (and probably other rural areas of the region) has been going through a process of epidemiologic transition during the past decade, where an age of 'pestilence and famine' has been replaced by an age of 'receding pandemics'5. It is known that increasing mortality rates may result in low prevalence of a given condition as determined by cross-sectional studies. An ongoing prospective study in Atahualpa residents will determine the true incidence and mortality of IHD, and will help to reduce the burden of this condition in the population at large6.

This study was partially supported by an unrestricted grant from Universidad Espíritu Santo - Ecuador. The sponsor had no role in the design of the study, nor in the collection, analysis, and interpretation of data.

This PDF has been produced for your convenience. Always refer to the live site https://www.rrh.org.au/journal/article/2623 for the Version of Record.