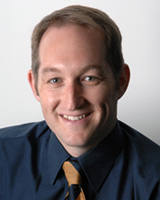 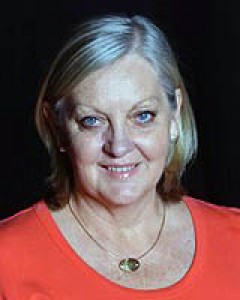 © Richard C Franklin, Sabina Knight, Tony Lower 2014 A licence to publish this material has been given to James Cook University, jcu.edu.au

Context: Quad bikes are the leading cause of death in Australian agriculture, with half of these deaths resulting from rollovers. Between 2001 and 2012, there were more than 160 such deaths in Australia, representing a significant burden.
Issues: There is a diversity of public opinions offered about quad bike safety. The Are You Remotely Interested ... in Prevention; Building a Culture of Safety conference held in Mount Isa, Queensland, in August 2012 brought together subject matter experts from across Australia to discuss a range of issues relevant to rural Australia (including quad bikes). During this conference, the Mount Isa Statement for Quad Bike Safety was produced.
The intent of the Statement was to draw on existing evidence to highlight solutions and provide a direction for future efforts to reduce the burden of death and injury related to quad bike use. The conference provided an opportunity for those with an interest in quad bike safety to come together in one location, discuss the issues and develop a common direction (the Statement).
The Statement is presented in three sections: a statement of the facts that were available at the time of development; a set of recommendations; and what needs to happen next.
Lessons learned: We believe to the best of our knowledge this is the first time where many potential solutions for keeping people safe while operating quad bikes in agriculture have been explored in a public forum. There are some immediate solutions that people can undertake to keep themselves and those in their care safe when using a quad bike: initially selecting safer vehicles to use; fitting quad bikes with crush protection devices; not carrying passengers or overloading the quads; and wearing helmets.

There were approximately 160 quad bike deaths in Australia between 2001 and 20121-3. In recent years, quad bikes (quads) have become the leading cause of non-intentional farm injury deaths overtaking tractors and utilities1. This increase in quad bike deaths is in stark contrast to the decrease in tractor-related deaths over the same period4.

As an industry, agriculture in Australia has changed considerably over the last 20 years in response to a raft of challenges such as climatic variations, profitability, workforce demands, technology and internationalisation. In respect to health and safety within agriculture, a major change since the early 1990s has been the introduction of quads into the farming operation. In some countries, including the USA, these vehicles are often referred to as all-terrain vehicles (ATVs). However, it has been proposed by an Australian coroner and the US Consumer Product Safety Commission that the term 'ATV' is misleading and may result in a false assumption that these vehicles can traverse all types of terrain, when clearly this is erroneous5,6.

Quads are used for a range of activities within agriculture, including for general transport, carrying items either on the quad or on a trailer (such as spray tanks, equipment and feed), mustering and recreation7. This versatility, their cost relative to a tractor or farm utility and the perception that their four wheels make them safer than other modes of transport (especially two-wheel motorcycles) have made them one of the most popular on-farm vehicles and, regrettably, the most dangerous.

Quad use can be broadly categorised into either work-related or recreational. Within each there is a range of different activities that may place the rider (and any passenger) at risk. While there is a growing recreational market for quads, approximately 80% of units sold in Australia have gone into the agriculture sector, with 65% of all quad deaths occurring on farms2,8.

In conjunction with the increasing use of quads, there has also been a dramatic rise in the number of deaths. In Australia, for the period 1989-92, there were only four deaths (1 per annum)9, contrasting to 13 per annum over the 2001-12 period (n=160 deaths). This represents a 13-fold increase1-3.

There is a range of factors that have been shown to increase the risk of sustaining an injury, the severity of the injury and death associated with riding a quad. These include: excessive speed10,11, lack of helmet use10,12-15, use of alcohol and/or drugs10-12,14-16, riding at night10,11,17,18, youth riding without adult supervision17,18, children on more powerful ATVs18, being self-taught18, riding with a passenger18, lack of safety equipment19, lack of riding experience11,16, being an older rider20, risk-taking behaviour21, and type of terrain being ridden on22.

A number of strategies have been proposed for the prevention of deaths and injuries related to quads. These include: education programs focusing on training to increase knowledge and change behaviour, as well as public awareness campaigns23,24; wearing of helmets to reduce head and face injuries, concussion and death13,24-26; legislation to restrict where the quad can be used (eg on public roads), age of rider and capacity of bike, warning labels24,27,28; the use of robotics29; rollover bars or crush protection devices (CPDs)30; speed delimiters31; and substituting other machinery to replace the quad bike31.

Within the model Work Health and Safety legislation in Australia, risk must be managed in accordance with the recognised hierarchy of control32. The highest order and most effective strategy for reducing death and injury is the removal or elimination of the hazard. However, in a work context, tasks still need to be undertaken and, as such, the more likely solution would be to use the second tier of hazard control and substitute for a lesser risk, such as using a side-by-side vehicle, tractor, horse or two-wheel motorcycle in place of the quad. There is to date limited evidence about the risks associated with undertaking the same task but using different vehicles or equipment; this is certainly an area for further research. However, within Australia between 2001 and 2010, the absolute number of on-farm deaths related to quads (83), was twice that of two-wheelers (41), approaching two and a half times that of horses (34) and 13 times for side-by-side vehicles (6)33.

Given that there are approximately 220 000 quads currently in use in Australia, it can be expected that they will continue to be used into the future. Consequently, engineering solutions are required to improve the stability of the bike and to reduce the risk of death and injury from rollover incidents. Such approaches can then be supplemented by the lower-order approaches that have long been part of the safety mix for quads, including wearing helmets, rider training, not carrying passengers and restricting the use of quads to those 16 years and over34.

Are You Remotely Interested ... in Prevention; Building a Culture of Safety: 2012 conference

The 6th Biennial Are You Remotely Interested? Remote Health Conference was attended by over 120 individuals from across Australia, with visitors from New Zealand and the USA. It was held in Mount Isa, Queensland, in August 2012 and included the biennial Farmsafe Australia Conference. The conference aimed to explore, inform and influence policy and practice where it matters by providing opportunities to discuss issues and solutions across sectors to help create a healthy, safe and vibrant future for rural Australia.

Keynote presentations explored the themes of the conference and included presentations on child safety on farms, quad bikes, chronic disease, cultural safety, injury prevention, rural and remote workforce, and clinical training. There was also a range of panel presentations, workshops and free paper presentations that also elucidated issues around the themes.

Material from the conference, published research and expert opinion were used to develop the Mount Isa Statement on Quad Bike Safety. This initially occurred via a small working group (the authors of the paper) who put the information together; this information was then provided to the conference participants for discussion and comment, in both a formal setting (workshop) and informally via discussions throughout the conference; their comments were brought back to the working group and changes were made on the basis of the comments (most of the changes being made during the workshop); the final document was then delivered at the close of the conference. A public health approach was taken for the development of the Statement, specifically around harm minimisation. The Statement was developed in three sections: the first provided a statement of the facts that were available at the time, titled 'Currently'; the second was a set of recommendations; and the third outlined what needs to happen next (Fig1).

The intent of the Statement was to highlight solutions and provide a direction for future efforts to reduce the burden of death and injury related to quad bike use based on currently available evidence and expert opinion. The conference provided an opportunity for those with an interest in quad bike safety to come together in one location to discuss the issues and develop a common direction (the Statement).

Where did it go?

The Statement was developed and launched at the end of the conference (3 August 2012), immediately prior to the final session. A media release was prepared and sent to all rural media outlets, it was picked up by ABC news37 immediately following the conference and has also been reported on by Safe Work Australia, Farmsafe Australia, Transport Development & Solutions Alliance, Rural Health Education Foundation, and the Weekly Times38 websites. The Statement was placed on the Mount Isa Centre for Rural and Remote Health website as well (www.micrrh.jcu.edu.au/conferences-workshops/2012-remotely-interested/Program/isa-quadbike-safety.pdf). The Statement was also hand-delivered to all 66 rural members of the Australian parliament.

Since the release of the Statement, further work in the national domain has occurred, including the funding of a sentinel study to be conducted by the University of New South Wales that addresses cores issues of quad bike stability and crush protection39. In addition, Bill Shorten, the then Federal Minister for Workplace Relations, announced his intention for all Commonwealth agencies that use quads to consider replacement with alternative vehicles and if this is not feasible, fitting CPDs to all government quads. This approach continues to be implemented following the change in Federal Government. A similar approach has also been adopted across the Tasman in New Zealand40. The Minister also tasked the federal agency (Comcare) with development of a technical standard for CPDs41. A further statement from the Minister also outlined his intent to work with the state jurisdictions across Australia to ban the use of quad bikes in the workplace by children under 16 years42.

Of significance are the actions of some manufacturers who now seek to offer CPDs at point-of-sale and of at least one manufacturer who ceased the import and sale of child-sized quads as of January 201343,44. Additionally, several manufacturers have now agreed to install a child-resistant start mechanism on their quads to reduce the potential of inadvertent operation by children45. These are very important actions and build on the translation of this policy into practices that will reduce the death and injury burden caused by the unsafe operation of quads.

No one deserves nor wishes to die while working; however, over the past two decades quads have inadvertently become the most dangerous piece of equipment on Australian agricultural property in Australia. The Mount Isa Statement for Quad Bike Safety is to the best of our knowledge the first time where many potential solutions for keeping people safe from quads (including crush protection) in agriculture have been explored in a public forum. By using the best knowledge currently available, a clearer way forward that will work towards reducing deaths and injuries has been defined. There is no singular or simple solution to quad bike safety, but immediate action is required to implement reasonable and feasible approaches that address the impact of quad bikes on deaths and injuries in agriculture.

7. McBain-Rigg K, Franklin RC, Sabina KM. All terrain vehicles in north western Queensland: use of vehicles in occupational settings and perceptions of safety. In: Are you remotely interested ... in prevention; building a culture of safety; 1-4 August 2012; Mount Isa, Qld: Mount Isa Centre for Rural and Remote Health, 2012. p. 9.

22. Rodgers GB. Factors associated with the all-terrain vehicle mortality rate in the United States: an analysis of state-level data. Accident Analysis and Prevention 2008; 40(2): 725-732.

This PDF has been produced for your convenience. Always refer to the live site https://www.rrh.org.au/journal/article/2687 for the Version of Record.