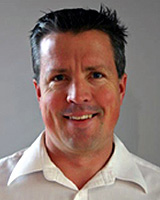 © John Silcock, Darren Rivett 2004 A licence to publish this material has been given to ARHEN, arhen.org.au

Lateral Epicondylalgia (LE) (tennis elbow) is a problematic condition for workers in labour intensive industries. The economies of many rural communities are founded on industries such as grape growing, meat and fish processing, fruit processing and winemaking. Workers in those industries are at increased risk of developing work-related upper limb mechanical disorders, including LE. This article reviews current understanding of the aetiology and management of this common condition as an aid to rural health professionals managing this presentation. A variety of treatment options exist for the management of LE with the literature divided on which approach is most effective. However, there is evidence that exercise is a key component of a management strategy. In addition to the current practice of prescribing exercises for the wrist extensor muscles, recent research suggests that appropriate activation of the stabilising muscles of the shoulder and cervical spine also needs to be considered by the rural practitioner.

Lateral Epicondylalgia (LE) is the term used to describe pain felt at the common origin of the wrist extensor muscles. The nomenclature of this condition includes lateral epicondylitis, humeral epicondylitis and colloquially 'tennis elbow' or 'rower's elbow'. LE is diagnosed by the presence of pain over the lateral epicondyle of the humerus and provocation of pain on resisted dorsiflexion of the wrist1-3. The annual prevalence of LE is 1-3% in the general population4,5. This article seeks to explore the impact of LE on rural work forces. Current treatment options will be discussed and a new direction for effective long-term management will be proposed.

Scientific evidence exists to support the long-held clinical view that repeated activity of the upper limb is a major contributing factor to the development of LE5,6. Manual workers who are required to undertake repetitive or forceful tasks are at greater risk of developing LE7,8.

The link between repeated upper limb activity and overuse disorders such as LE is evident in many rural communities. For example, the manifestation of work-related wrist and forearm injuries is a recognized problem in vineyard workers9 who are involved in the intensive task of pruning. As well as the repetitive strain associated with manual pruning techniques, the processing plants associated with the vineyard and orchard industries require production workers to perform repetitive manual tasks (eg on bottling lines and in canneries). This type of work increases the risk of LE7.

Another rural industry seriously impacted on by cumulative trauma disorders of the upper limb is the meat packing and processing industry10. A study of wrist motion variables in both the left and right hands of bone-trimming workers found them to be at a high risk of developing an overuse injury of the forearm10. A study investigating the prevalence of upper limb disorders in the fish processing industry found that 14.5% of workers reported symptoms of LE11.

The risk of rural workers developing LE may be magnified by the seasonal nature of many rural industries; in the high season the workload rises dramatically. The impact of LE on both rural workers and their employers is a major concern because many of these businesses work under strict seasonal time constraints. Rural employers may not have the flexibility to vary duties employees' duties of larger and more diversified organizations. In rural communities where the local economy is built around industries involving peak seasonal workload, preventative management of work related upper limb disorders is essential.

Lateral epicondylalgia is not an inflammatory disorder

The aetiology and pathophysiology of LE are poorly understood12,13. However, there is evidence to implicate the extensor carpi radialis brevis (ECRB) muscle in the development of LE. ECRB is a small muscle that originates from the lateral epicondyle of the humerus and inserts onto the midcarpal joint in the wrist. ECRB predominantly imposes an extension and radial deviation torque over the wrist during movement. It is biomechanically relevant that ECRB often has to produce large forces and that it has only a small surface of origin over which to distribute the tension it generates. ECRB has a predominantly stabilising role in forearm function and is active during both extension of the wrist and in maintaining wrist position during gripping tasks14.

How and why does lateral epicondylalgia develop?

Although the onset of LE appears to be related to repetitive and forceful activity of the forearm, the mechanism by which these forces induce degenerative changes at the common extensor origin remains uncertain. Some authors believe that a compression syndrome is partially or wholly responsible2,19,20. Such a mechanism would involve dynamic compression of neural and vascular structures with the prolonged and forceful action of the forearm extensors. The resultant changes in circulation throughout the region would lead to a metabolically destructive environment. Another hypothesis is that LE relates simply to the development of tendinosis as a result of overuse of the wrist extensors21,22. It has also been postulated that excessive eccentric force transmitted through the common extensor tendon causes degeneration through a process of cumulative trauma23-25. The influence of a neurogenic component to the condition, inferring that it is a clinical manifestation of a cervico-brachial disorder, has also been suggested by some authors26,27. A link has also been proposed between the neural structures of the cervical spine and the upper-limb muscle activity28. Such a link serves to implicate postural factors associated with the neck and trunk position when working.

In order to understand the morphological changes in the common extensor tendon, it is necessary first to understand how the contributing muscles function. Much research into LE has been undertaken among subjects who play tennis. Nevertheless, findings from these studies might reasonably be generalised to LE arising from occupational activities in which the wrist extensor muscles are required to perform repetitive forceful activities23-25. The significance of muscle activation patterns was illustrated in studies that revealed significant differences between skilled players and recreational tennis players24,25. More accomplished players were found to recruit a larger number of muscles in a smoother movement when performing tennis strokes, compared with less skilled players. Notably, accomplished and elite players rarely suffer from LE.

Another study comparing the surface electromyographic (EMG) activity in the forearm extensor muscles of patients suffering from LE with that recorded in a control group, noted that the muscles were activated earlier and for a longer period in the LE sufferers than in the control group23. These activation patterns were counterproductive to minimising stress through the muscle/tendon unit during impact with the tennis ball. Findings such as these support the hypothesis that abnormal activation patterns of the forearm extensor muscles, and perhaps the upper limb muscles in general, increase the likelihood of developing LE.

In generalising the findings of these tennis-related studies to rural workers it is important to recognise that only 5% of people suffering from LE play tennis, and their LE is therefore usually the result of activities other than tennis29. Further research into the muscle activation patterns in individuals with LE associated with other occupational tasks is required to develop a more complete biomechanical understanding of the cause of the condition.

The findings of EMG studies examining tennis players with LE demonstrated an increased activation of the forearm extensors23. In attempting to relate these findings to LE sufferers who work in rural industries, it could be argued that a precipitating factor in the development of LE is an excessive reliance on the small forearm muscles, especially the mechanically vulnerable ECRB. Alternatively, tension on the brachial plexus that can result from cervico-brachial muscle dysfunction can cause irritation along the nerve tract.

Much of the research investigating LE refers to a group of conditions termed 'work related upper limb mechanical disorders', to which LE belongs 6,11. The evidence presented in these occupationally based studies suggests that LE does not always occur in isolation and is often associated with shoulder and neck symptoms. The work of Abbott30 provides further evidence of a nexus between the elbow and the shoulder by demonstrating an increase in shoulder range of movement after mobilisation of the elbow in subjects with LE.

The management of LE remains problematic with the scientific literature failing to reach consensus on the most effective form of treatment2,3,19,31-33. A range of current treatment regimens have been addressed by various researchers and a summary of key findings is presented (Table 1).

The absence of strong scientific evidence to support the treatments currently used by clinicians to treat LE, combined with evidence that highlights the link between LE and proximal structures such as the shoulder and cervical spine, suggests that clinicians might consider broadening the scope of exercise prescription for LE. Traditional exercises prescribed for LE have focused on the forearm extensor muscles and on the performance of either strengthening or stretching exercises31,48. If LE is a clinical manifestation of a neurogenic or biomechanical disorder involving more proximal structures, an exercise program should involve recruitment of more proximal muscles that work in synergy with ECRB to perform the functional tasks known to precipitate LE.

Clinical implications: In order to effectively address LE through graded exercise, the clinician should consider including the muscles of the upper arm and shoulder, as well as the muscles of the forearm. An effective program would seek to improve strength, co-ordination and endurance of the stabilizing muscles of the shoulder and upper arm. Specifically effective exercise prescription for LE sufferers would include exercises aimed at improving the strength and endurance of the scapular retractors, posterior deltoid, middle and lower trapezius and the muscles of the rotator cuff. These muscles are required to be active in many of the functional activities that elicit LE symptoms49. Prescribed exercises must be functionally focused and must specifically address deficiencies in muscle function exposed during the physical assessment.

Typically individuals suffering from LE and other work-related upper limb disorders exhibit shortening and over-development of the muscles associated with internal rotation and protaction of the shoulder. This group of muscles includes pectoralis major, pectoralis minor, upper trapezius, levator scapulae, the long head of biceps brachii and sternocleido mastoid. Effective management will include teaching patients to stretch these muscles and to avoid inappropriate levels of activation when performing functional tasks. Conversely, lower trapezius, the rhomboids, infraspinatous, teres minor, serratus anterior and the deep neck flexor muscles are typically weak and lengthened to the point where they are mechanically disadvantaged. To effectively address such deficiencies these muscles will have to be strengthened, and patients taught to recruit them appropriately when performing functional activities.

Although the need for further research into effective exercise prescription for LE sufferers is acknowledged, sufficient evidence exists to indicate that effective management of mechanical and neurodynamic influences from the neck and shoulder needs to occur if a timely and durable return to full function is to be achieved.

The available evidence in regard to treatment for LE should be encouraging to rural practitioners as it is likely that the most effective treatments will require minimal technology or resources, thus enabling intervention for LE to be effective in rural and remote locations where resources are limited.

13. Jansen CW, Olson SL, Hasson SM. The effect of use of a wrist orthosis during functional activities on surface electromyography of the wrist extensors in normal subjects. Journal of Hand Therapy 1997; 10: 283-289.

This PDF has been produced for your convenience. Always refer to the live site https://www.rrh.org.au/journal/article/269 for the Version of Record.