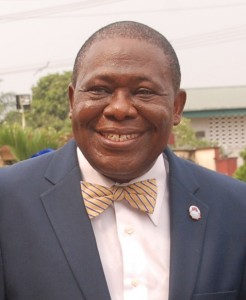 4 Institute of Child Health and Primary Care, College of Medicine of University of Lagos, Lagos, Nigeria

Context: There has been a steady rise in Nigeria's HIV/AIDS burden since the first sero-prevalence survey in 1991. Nigeria's economy is mainly dependent on oil that comes from the Niger Delta Region. The majority of the people of the Niger delta region depend on fishing and farming for livelihood. Years of oil exploration activities with frequent oil spillages have led to severe environmental degradation with resultant destruction of farmlands and aquatic flora and fauna. The situation of the people of Niger Delta is characterised by poverty, high fertility and disease.
Issue: Oil has become, to the people of the Niger Delta region a doom that has contributed in no small measure to the AIDS boom in the region. The relationship between such a burden and poverty has been forged by years of official neglect, and the presence of foreign workers. In addition, young Nigerians are drawn to the Niger Delta region by the oil economy, searching for non-existent jobs. Within Nigeria, the states of the Niger Delta region bear the burden of the spread of HIV/AIDS, and the region's poverty amidst plenty, has a negative impact on the population.
Lessons: The article concludes that the HIV/AIDS burden of the region deserves urgent and special attention because it has far-reaching implications, not only for control efforts in Nigeria, but also for the rest of the world, as nationals of various countries find employment in its oil fields. A number of recommendations are made.

It has been said that 'The world would hardly notice if Africa's entire economy disappeared overnight ...' because the combined economic output of the 45 Sub-Saharan African countries, including South Africa, is about the same as Argentina's1.

The Federal Republic of Nigeria is the 10th largest country in the world with a population of 123 million (Fig 1). There are more than 250 ethnic and linguistic nationalities that makeup the 36 states and the Federal Capital Territory (FCT). The states are grouped on the basis of ethnic homogeneity and geographical proximity into six geopolitical zones. It is estimated that approximately 70 million Nigerians earn below US$1/day, the majority of whom are women. The Human Development Report 2000 ranked Nigeria among the 20 poorest countries in the world2.

The economy of Nigeria is based on oil that comes from the Niger Delta Region, an area made of 9 states. The majority of the people of the region depend on fishing and farming for their livelihood, yet years of oil exploration activities with frequent oil spillages have led to severe environmental degradation with resultant destruction of farmlands and aquatic flora and fauna. Approximately 30% of the population have access to safe water, the rest of the people depend for water from lakes, rivers, streams, stagnant ponds and hand-dug wells generally contaminated and often at great distances from homes. Consequently the oil boom has become, to the people of the Niger Delta region, a doom, and years of official neglect has resulted in the Niger Delta Region of today being the epitome of hunger, poverty and injustice. It is estimated that 10 million3 of the 20 million people in the area are destitute, with 14 million people living in poverty in rural communities. In common with the poor the world over, their lives are characterized by malnutrition, under nutrition, disease, illiteracy, unemployment, low income, inadequate shelter and high fertility. 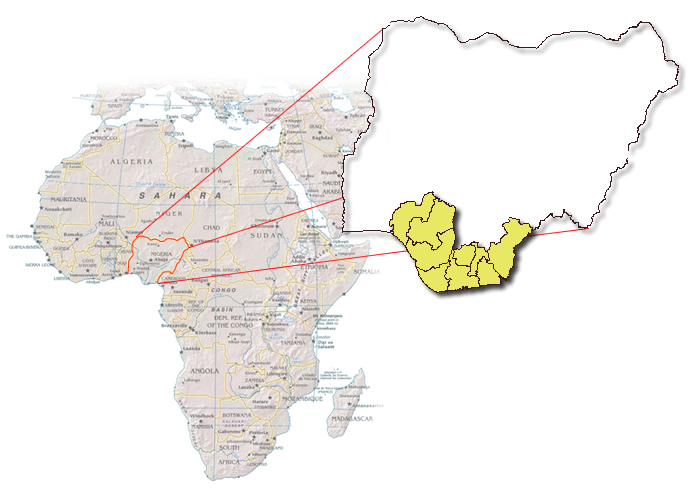 Figure 1: Map of Federal Republic of Nigeria in African continent, showing the 9 states of the Niger Delta Region.

The Niger delta's population suffers from the poor health conditions common in developing nations. Children are the most at risk and a tragically children under the age of 5 years constitute 20% of the total population but account for 50% of the deaths4 (in contrast to industrialized countries where they comprise only 1-2% of all deaths). Vaccine-preventable deaths are responsible for 20% infant mortality5. The number of children infected with HIV/AIDS through mother-to-child transmission is high. Government medical care facilities reach perhaps 10%6 of the population (mostly in cities and towns), and maternal and child health care, family planning, nutrition, and preventive services in general are even more inadequate. Approximately 85 000 women die per year from childbirth-related causes7 and this toll is the principal reason for a life expectancy of 52 years8.

If Nigerians do not put an end to AIDS, AIDS may put an end to Nigeria. Nigeria has become one of the most populous countries to cross the 5% prevalence14 threshold, and therefore is in the explosive phase of the epidemic with potentially grave consequences.

A recent study (NE Udonwa, M Ekpo, IA Ekanem, AV Inem, A Etokidem. Pers. data, 2001) aimed to identify which sections of Nigeria bear the brunt of the country's HIV/AIDS burden, the relationship, if any, between such a burden and poverty and the possible impact of this on care and support for PLWHAs. A comparative analysis was performed on the national HIV sero-prevalence surveys conducted by the Nigerian Federal Ministry of Health in 2001, and the previous prevalence results of 1991, 1993, 1995 and 1999. Documents relating to HIV AIDs from the Federal Ministry of Health, National Aids Program, State Aids Program. Protocols, fact sheets, technical reports and action plans were used in collecting data.

The 2001 Nigerian Government HIV Sero-prevalence statistics demonstrated irrefutably that the Niger Delta Region was more infected and affected by HIV than any other region or zone in the country (NE Udonwa, M Ekpo, IA Ekanem, AV Inem, A Etokidem. Pers. data, 2001). Five out of the 9 Niger Delta states (Abia, Akwa, Ibom, Bayelsa, Cross River, Delta, Edo, Imo, Ondo and Rivers) fall among the 10 Nigerian states with the highest sero-prevalence rate. Seven of the 9 states are among the first 18 states in Nigeria with unhealthy high sero-prevalence rates, that is, a rate above 5%. Six of these 7 are the 6 states that constitute two-thirds of the Niger Delta region. Only 3 states in the country have an increase of over 100% in their sero-prevalence rates and 2 out of 3 of these states are in Niger Delta Region11,12.

There are many gaps in the existing HIV/AIDS programs in the Niger delta. Most of the program activities occur in state capitals with poor coverage in other parts of the state, particularly at the grassroots level15. There are few educational materials with insufficient programs directed at women and youths. Nor is there adequate coordination of programs, or documentation on the impact of the programs on communities. Most importantly, there is no policy, protocol or direction on the on growth and development of the child. Partly the gaps in care are due to inadequate numbers of trained personnel, such as health educators, counsellors, social workers/scientists and peer educators. Among the few that are trained, there is poor utilization and lack of motivation with no continuing education, which results in obsolete or inadequate knowledge.

Poverty has been identified as a major cause of the sexual risk-taking behaviour that predisposes Sub-Saharan Africans to sexually transmitted infections and diseases16, including HIV/AIDS, as well as unplanned pregnancies. Amid the poverty of the area, the 9 states of Niger Delta Region of Nigeria are richly endowed with crude oil14. When oil company workers come ashore after months of separation from their families, their sexual activity among the population contributes to the spread of HIV. Likewise, three out of Nigeria's five seaports are in the Niger Delta region. Sailors spend upwards of 4 to 6 months in the sea. Back on shore they are exposed to the same sexual risks as oil company workers.

The Niger Delta State of Rivers is one of the busiest airports in the country - probably the third busiest, after Lagos and Abuja. Two of Nigeria's four refineries are located here. It also has two very busy seaports. It is Nigeria's second busiest industrial city, next only to Lagos. These attributes, ordinarily, would bring blessings. However, in addition to the poverty that characterises the hinterland, these blessings, which wear a cloak of curses, bring in people from all over the country and outside it. Bayelsa, a sister state to Rivers State, also has a hinterland that is an epitome of poverty and neglect. Rivers State shares four of its borders with what may be called 'the four contagious neighbours'. Educational, social, economic, and political interactions between Cross River and its four contagious neighbours have contributed to the state present sero-prevalence status. The Cross River State capital now hosts Nigeria's premier export processing zone (now free trade zone). The Calabar Sea Port draws sexually active young men visit the hitherto quiet city to carry out business. Their sexual activity and that of unemployed youth from rural areas, is an additional factor that may cause Cross River State to have the highest sero-prevalence rate.

So the oil boom of the 1970s, which made Nigeria so rich that its problem was not money, but how to spend it, became to the Niger Delta, an oil doom. This doom has resulted in the AIDS boom which the region is now experiencing. In a vicious cycle, HIV/AIDS breeds poverty and poverty breeds HIV/AIDS (Fig 2).

The HIV/AIDS burden of the region deserves an urgent and special attention because it has far-reaching implications, not only for control efforts in Nigeria, but for the rest of the world, as nationals of various countries find employment in its oil fields. Disease is one condition that knows neither national nor international boundaries. It respects neither social nor cultural barriers; nothing is more international than that. Because HIV/AIDS is one condition, which if it does not infect you, it will, at least affect you, there is need for all Nigerians as well as the international community, to respond. The Niger Delta is sick and the illness should be approached with empathy, and not sympathy.

As a step towards addressing poverty and other developmental problems of the region, the Federal Government has set up the Niger-Delta Development Commission and given it the onerous responsibility of facilitating the rapid, even and sustainable development of the Niger Delta Region into a region that is economically prosperous, socially stable, ecologically regenerative and political peaceful.17 In the Niger Delta Region today, nothing is more economically terrorizing, ecologically - degenerating and socio-politically destabilizing than poverty, the root cause of the region's present HIV status.

Available evidence shows that the Niger Delta region of Nigeria is the worst affected by Nigeria's HIVAIDS burden. This is a clear consequence of neglect of the region by the past leadership for almost two decades. Because this region's oil accounts for over 90% of Nigeria's gross national product, there is need for urgent intervention. The present civilian administration appears poised to tackle this problem through poverty alleviation programmes such as those of the Niger-Delta Development Commission19.

The authors acknowledge the contribution of Health Sustenance Action, ASH, a Calabar-based NGO in Nigeria for allowing us access to its work on HIV/AIDS.

1. O'Reilly B. Death of a continent in HIV/AIDS in African. Lagos: Whitney Young Information Resource Centre, US Embassy, 2001; 261.

16. UNAIDS. Africa recovering from AIDS, report on the global HIV/AIDS epidemic. Geneva: WHO, 2000.

This PDF has been produced for your convenience. Always refer to the live site https://www.rrh.org.au/journal/article/273 for the Version of Record.