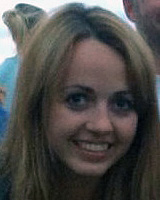 © Emilie Bækgaard, Catherine L Hulse 2014 A licence to publish this material has been given to James Cook University, jcu.edu.au

In recent years there has been an increased interest in the health of rural populations and, since the inception of the Millennium Development Goals, a move towards improving access to services for remotely placed populations, including people of tribal origin.

Gudalur Adivasi Hospital provides in- and outpatient services to four main tribal (Adivasi) populations - Paniya, Bettakurumba, Mullakurumba and Kattunaikan - in a remote part of the Gudalur District, Tamil Nadu, India1. It is classified as 'backward' by the Indian government. According to the 2011 census, Gudalur had a population of 49 535, with 1032 females for every 1000 males, much higher than the national average of 929 females per 1000 males2. A total of 5359 (2719 males and 2640 females) were younger than 6 years. Scheduled Tribes (indigenous people whose status is formally recognized by the Indian Government) accounted for 3.65% of the population of the Gudalur District.

Gudalur Valley is at the junction of three southern Indian states - Tamil Nadu, Kerala and Karnataka - and is the main home of Adivasi populations. The objective of this study is to access the health indicators among these tribal population groups.

We chose to focus on one health indicator: birthweight of Adivasi babies. Low birthweight has long been known to correlate with poor neonatal outcomes in terms of morbidity and survival; the lower the weight at birth, the poorer the chance of survival at any gestational age3. In 1983, the Indian government declared that the national goal was to reduce the proportion of low birthweight babies to 10% or less of all births by the year 20004. In this context, birthweight of a newborn child is considered as a proximate variable in the four tribal groups already mentioned.

We defined weight according to WHO standards: normal (>2.5 kg), low (<2.5 kg) or very low (<1.5 kg); additionally, we commented on those with no data. Our main research question was about whether an improvement in birthweights, overall and by tribe, had taken place during the time in which Ashwini (Association for Health and Welfare in the Nilgiris, which runs and staffs Gudalur Adivasi Hospital and outreach services for Scheduled Tribes within the catchment area) has provided health care to these tribes. As a secondary focus, we analysed the trend in delivery location, because institutional deliveries have been strongly encouraged by the Indian government, especially in rural communities, under the Janani Surakshan Yojana Programme5.

Our study population was limited to include all babies born in the catchment area for Ashwini for whom written birth records were available. The study period was from the beginning of records (2004) to April 2013.

Mapping trends in health indicators is of utmost importance in determining focused health interventions and in identifying subpopulations that may be lagging behind.

The health of remote, marginalized populations deserves attention and focus and is an area likely to show great improvement with targeted interventions and health goals.

This PDF has been produced for your convenience. Always refer to the live site https://www.rrh.org.au/journal/article/2786 for the Version of Record.