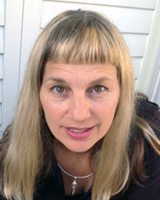 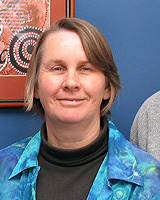 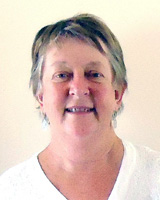 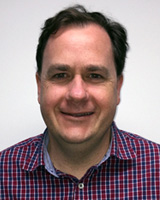 © Joy (Juhaina) Hussain, Anske Robinson, Margaret Stebbing, Matthew McGrail 2014 A licence to publish this material has been given to James Cook University, jcu.edu.au

There are unique challenges to providing primary healthcare services to remote communities in any country. The systematic provision of acute medical evacuations, specifically the timely transport of patients to a higher level of health care when urgent, is one of those challenges. As a primary healthcare outcome, acute medical evacuations are relatively under-cited in the medical literature, except in cases of armed conflict or international travel. For small Indigenous communities in Australia, these evacuations represent a significant and often overburdening aspect of the healthcare service delivery model1.

Central Australia, which spans approximately 10% of the land mass of Australia, has only two regional population centres: Alice Springs (population approximately 30 000) and Tennant Creek (population approximately 3500). Both centres have hospitals that provide higher levels of healthcare services. The remainder of Central Australians live in small, highly remote communities (>100 km from regional centres) with populations generally less than 1000. Most of these communities comprise more than 90% Indigenous residents2,3. Healthcare centres in these communities are primarily staffed with remote area nurses (RANs) and/or Aboriginal health workers (AHWs). A roster of fly-in, fly-out (FIFO) providers (eg general practitioners (GPs), specialists, allied healthcare providers) deliver clinical services to many of these healthcare centres on a periodic basis. Of note, approximately six of these communities have resident GPs at any one given time. On-site clinical services are supplemented by remote telephone consultations with offsite-based medical staff: 'programme support' GPs for non-urgent clinical issues, on-call rural medical practitioners (RMPs) for urgent/emergent clinical issues and Alice Springs Hospital consultants and registrars for additional clinical support as needed4.

The Australian Government has funded an extension of most aspects of the Northern Territory National Emergency Response Act 2007 (the Northern Territory Intervention) through the Stronger Futures in the Northern Territory Act 20125, reflecting more strides toward Closing the Gap of Indigenous health outcomes6-8. One result has been a trend toward increasing the healthcare staffing to the area of focus in this study. Recruiting and sustainably maintaining this healthcare staff with any degree of continuity is becoming more expensive and difficult to accomplish. Recently, the visiting and resident GPs of these Central Australian communities have been increasingly sourced from expensive short-term locum agencies9. Anecdotal evidence suggests a similar situation is evolving for RAN staffing. Examining rates of acute medical evacuation is one form of evaluating this unique model of healthcare staffing and is the primary focus of this study. A secondary focus includes examining the utilisation rates of remote telephone consultations by healthcare staff.

There is some evidence that increasing or improving primary healthcare services can reduce avoidable hospitalisations. This is particularly argued in regards to 'ambulatory care sensitive conditions' or 'population preventable conditions' such as diseases avoidable through immunisation or conditions arising as a result of preventable injuries10-12. In this study, it has been hypothesised that more GP face-to-face consultations at remote healthcare centres represent one subset of providing increased and higher level primary healthcare services that might be associated with a reduced need for acute medical evacuations. This assumes acute medical evacuation rates to be similar to hospitalisation rates in this remote setting.

Mindful of the above complexities, the primary aim of this study was to examine the hypothesis that levels of healthcare centre staffing leading to increased numbers of clinical consultations, especially in the number of GP consultations, are negatively correlated with acute medical evacuations to hospital in a remote setting.

Twenty healthcare centres were identified for study from more than 50 existing remote Central Australian communities with the following selection criteria: (i) greater than 100 km away from nearest regional centre; (ii) tertiary healthcare services provided primarily by Alice Springs hospital and not another interstate or outer regional hospital (eg Mount Isa Base Hospital or Katherine General Hospital); (iii) primary healthcare services provided at least in part by the CARH/Northern Territory Government; (iv) aeromedical evacuation services provided primarily by RFDS from the Alice Springs base; (v) presence of an airstrip solely servicing the one community; (vi) majority of patients accessing the associated healthcare centres were permanent residents of the communities, not tourists or seasonal workers.

Aeromedical evacuation rates by month and by priority of need (code 1-3; see below for definitions) from all remote Central Australian communities were extracted and prepared from the RFDS electronic database by an RFDS statistician. Numbers of code 1 evacuations (life-threatening emergency), code 2 evacuations (urgent medical transfer) and code 3 evacuations (non-urgent/ routine transfer) were then collated for each of the study communities/healthcare centres.

De-identified medical diagnoses of all the aeromedical evacuations from Central Australia, inclusive of the evacuations from the study communities during the specified 2-year period, were similarly provided by the RFDS. These diagnoses were coded using the International Classification of Diseases, 9th revision (ICD-9).

Geographic and demographic characteristics of the chosen communities were sourced from the Australian Bureau of Statistics (2006 and 2011), the CARH community profiles database (2011) and other public access online data (eg the Northern Territory Remote Teaching Service website)13.

The Statistical Package for the Social Sciences v19.0 (SPSS; http://www.spss.com) and Microsoft Office Excel 2007 software packages were used for the statistical analyses. CARH and RFDS clinical and evacuation data were first collected on a monthly basis, then added and averaged per month to help control for a total of 14 missing months of clinic staffing data in 5 of the 20 clinics. The relationships between medical evacuation rates/remote telephone consultations and healthcare consultations at the study healthcare centres were investigated using Pearson product-moment correlation coefficients14. The data were adjusted for population size (based on Australian Bureau of Statistics 2006 census data) before correlations were calculated.

Of the diagnostic categories pertaining to all the RFDS evacuations from Central Australia in the two years, the highest represented were respiratory disease (20.5%) and injury/poisoning (19.2%) (Fig1).

In this study, it was hypothesised that more face-to-face patient-provider consultations, especially those provided by GPs, in a remote health centre would be associated with reduced need for acute medical evacuations. Results of this study's correlation analysis unexpectedly suggest that the opposite may be true. More face-to-face healthcare centre consultations with GPs were associated with more, not less, frequent acute medical evacuations to hospital. Furthermore, more cumulative face-to-face healthcare centre consultations, inclusive of all the provider types, were associated with more frequent acute medical evacuations. This is an important finding with obvious economic implications as the drive to increase and improve healthcare services to many diverse parts of rural and remote Australia is still under way.

Several limitations were encountered in this study. The population data for each community at times varied widely between the two Census findings and other internet-based sources. This may be partially explained by the time of sourcing. 2006 Census findings were utilised in the analysis of this study but considerable changes in the populations of the communities occurred between 2006 and the more recently released 2011 Census findings. The overall populations of these chosen study communities decreased by 8.85%, as well as the averaged percentage of Indigenous peoples, from 93.5% to 90.0%2,3. This would suggest the increased numbers of medical evacuations are not related to an increasing population over the 2 years. This variability can also be somewhat explained by the high day-to-day mobility of the Indigenous populations of this area. Many family units live regularly between two or more communities. Also, major fluctuations in population occur with unpredictable 'sorry business' and other traditional practices. As a result, many Indigenous patients access more than one of the healthcare centres regularly. All of these factors proved difficult to account for in the final analysis of results.

These data are secondary data, and as such were routinely collected for clinical purposes, not research purposes. There were inconsistencies in both datasets. For example, sporadic clinic visits from providers as part of the Northern Territory Intervention were included in the numbers collated of healthcare centre consultations but specified as 'specialist' consultations, not strictly according to provider type. In reality, then, more GP consultations took place at those affected communities than the present study's data could capture and this could have an impact on the results. Nevertheless, the authors believe that this impact would be quite small given that the percentage of 'specialist' consultations taking place at any one given study healthcare centre was relatively small overall.

In the RFDS dataset, an unexpectedly large proportion (16.2%) of the aeromedical evacuations were classified diagnostically as 'ill-defined', meaning the cause for evacuation was known very imprecisely (eg because the recorded cause was only a symptom or an abnormal laboratory test result). Yet this represented the third most common diagnosis of patients medically evacuated in Central Australia in the 2-year study period. This potentially compromises the quality of diagnostic comparison that can be made with other studies. Despite this limitation, the prominence of respiratory and injury/poisoning-related conditions in the diagnostic breakdown of this study concurs with other published medical evacuation data and the available national data on hospital separations for Indigenous people1,16,17. The majority of the diagnostic categories associated with aeromedical evacuations occurring in this study population fall within the 'ambulatory care sensitive conditions' or 'population preventable conditions' classifications, which has relevance to the original hypothesis proposed. However, determining which evacuations were truly unavoidable could not be assessed from these data but would be of interest in any follow-up study.

The number of communities that could be included in the study was limited by the need to control for important confounders (as described in the methods section). Accessing data from the other five non-government and community-controlled organisations operating healthcare centres in Central Australia was ultimately not feasible within this project's limited resources but would be an ideal direction for any future study.

Distinguishing between increased numbers and increased efficacy of remote healthcare staffing or services would also be useful in any future study of acute medical evacuations. This would help reinforce which elements of remote primary healthcare models are essential to improve healthcare outcomes18. In addition, exploring the gap between the number of acute medical evacuations and the number of true hospital stays resulting from the transport would provide further healthcare outcomes evaluation that would help guide how best to improve the diagnostic capabilities and frameworks of remote health centres.

This article has presented the unexpected and interesting finding that more patient-provider consultations (for this study provided in 20 remote primary healthcare centres in Central Australia) is associated with more acute medical evacuations and more remote telephone consultations with an on-call GP. Further studies are warranted to establish whether this association of 'more is more', when it comes to providing healthcare services and medical evacuations especially, can be reproduced and generalised to other similarly remote communities. In the meantime, these findings inform funding bodies and policy-makers of Central Australia by challenging the contemporary wisdom that the provision of more clinical consultations at the primary healthcare level can reduce the number and economic burden of medical evacuations.

The authors also acknowledge the expert assistance of Helen Chambers, Data Manager and Research Officer at Monash University Department of Rural and Indigenous Health, Moe, for her help with the literature survey and data analysis.

This research was supported by a scholarship from the Australian Government Department of Health and Ageing under the Primary Health Care Research, Evaluation and Development Strategy, 2010.

This PDF has been produced for your convenience. Always refer to the live site https://www.rrh.org.au/journal/article/2796 for the Version of Record.