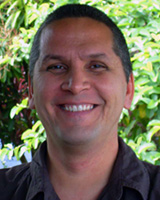 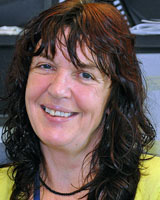 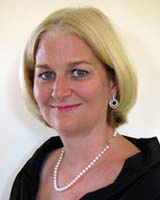 © Jennifer Johnston, shawn wilson, Liz Rix, Sabrina Pit 2014 A licence to publish this material has been given to James Cook University, jcu.edu.au

Introduction: Researchers are challenged to publish or perish. A range of barriers to writing can result in sub-optimal productivity, particularly for early career researchers. Researchers in rural areas may face additional challenges of distance and limited access to colleagues. Implementing strategies to address some of these obstacles was identified as a priority for a group of early career, rural researchers.
Methods: In late 2010, the Wiljo-Piri Writing Group was established, embarking on fortnightly lunch-time meetings for support, networking and the public setting of writing goals; and arranging pairing of 'writing buddies' committed to writing daily, with contact before and/or after each writing session to provide motivation and accountability. Key measures for improvement were publication output (publications per person per year (PPY)) and perceptions of effectiveness of strategies.
Results: Publication output varied between individuals and over time; overall PPY rates improved from 0.5 to 1.25. 'Buddy writing' helped facilitate adherence to routine writing sessions and was associated with perceptions of increased creativity, efficiency, confidence and ability to focus.
Conclusions: Structured peer support can be a powerful tool to create and maintain regular writing practices and increase publication output. 'Buddy writing' is applicable to any research or academic setting, and helps maintain commitment to daily writing sessions. Furthermore, such interventions can provide peer support for those working in rural settings, helping to address issues such as geographical and professional isolation. Suggested key steps in establishing structured peer support are provided.

In Australian universities, in addition to scientific and ethical motives to publish, external funding decisions are heavily influenced by individual and institutional publication rates1.

A growing body of research has identified barriers to successful publication as including lack of momentum, time, support, confidence and/or knowledge of the publication process, perfectionism, inertia and 'writer's block'1-3. Fear of rejection and criticism can also be perceived as a threat amongst novice researchers4. For rural researchers, such challenges are further compounded by limited access to colleagues and research employment opportunities, and geographical isolation.

Writing courses, support groups and coaches may all lead to increases in publication rates, as well as in confidence, writing skills and teamwork1. Furthermore, peer-support writing groups that hold regular meetings to set 'public' goals and discuss progress, talk through issues, and provide support, have been found to increase motivation and output5. The importance of regular writing and social support have also been emphasised in the literature2,4,6 with the coupling of writing 'buddies' one method of facilitating routine writing practices7.

Based on this evidence, a group of rural researchers established a writing support group to share writing strategies, and provide support and motivation. A system of 'buddy writing' to encourage regular writing was also implemented. The main aim of these interventions was to increase publication output. This is the first time that the design and outcomes of a structured peer writing support program in a rural setting has been examined.

The University Centre for Rural Health (UCRH) in Lismore, New South Wales, Australia provides a multidisciplinary centre for the education of students for clinical practice in rural health and for conducting health research (www.ucrh.edu.au). A group of early and mid-career researchers came together at the UCRH to actively seek ways to increase publication output.

Writing support group: Each member of the group brought different expectations, approaches and attitudes to the experience, and used varying writing strategies. We shared what evidence we had for improving our writing practices. Fortnightly lunch-time meetings were scheduled, where attendees (typically six to eight) offered peer support, exposure to other disciplines, and set goals and discussed progress.

Two broad themes from the literature7 resonated strongly: the importance of establishing routines and honouring writing times; and enlisting colleagues as a 'writing buddy' to help reinforce routine writing.

Establishing routine: Many of the writing group members made a commitment to establish a routine of writing every day for 30-60 minutes. Members used varying methods during the designated writing time, such as free writing or editorial tasks. Approaches depended on an individual's aim - whether to improve and increase writing generally or to increase productivity in specific areas such as grant writing or publication. What was consistent across the group, however, was an honouring of this writing time, and an acknowledgement of the evidence that this approach was more productive than other writing strategies such as the maladaptive practice of 'binge' writing4.

Publication output: Consistent with the systematic review conducted by McGrail et al1, the main outcome measure is publication per person per year (PPY), including both published and accepted publications.

Perceived effect: Qualitative analysis of reflective journals was conducted to determine the factors perceived by the group members to influence their ability to write more productively, as well as strategies associated with increased perceptions of peer support and/or reductions in professional isolation.

Publication output: The writing interventions (ie support group and writing buddies) commenced in late 2010. The date 30 June 2011 was set as the cut-off for the pre/post-intervention measure; this allowed 6 months after beginning the group for any submitted articles to be reviewed by journals. The papers that had been accepted for publication for a 2-year period both before (July 2009 - June 2011) and after (July 2011 - June 2013) the cut-off date were recorded.

Perceived effect: In February 2011, each of the authors reflected on the processes that they had followed in changing their writing practice, based on the prompts of: 'What worked? What did not work? What have you changed along the way? What would you do different next time? How does it make you feel?' The responses formed the data for qualitative analysis of perceptions of which factors had greatest impact on writing productivity. Each author conducted a standard content analysis of all of the other's reflective responses. After combining results, any differences in coding or negative examples were discussed by the group until consensus was reached.

The PPY rates increased from 0.5 pre-writing to 1.25 post-writing interventions. This PPY rate is, with one exception, higher than studies included in McGrail et al's systematic review1.

While several themes emerged regarding the perceived effectiveness of the strategies undertaken, two factors stood out in being perceived to have the greatest impact on productivity: implementing a structured regime around writing practices and the use of 'writing buddies'.

Establishing routine: Consistent with previous findings4, any initial doubts that members had that working in brief sessions would lead to increased productivity were soon laid to rest:

My regular writing time has, in the first ten weeks, resulted in the submission of the long-awaited paper from my thesis.

Establishing and maintaining a routine writing time and practice was perceived to be a crucial factor in increased productivity:

I already have the ideas created inside me - the routine helps me to get them out. So I don't need inspiration, I need the discipline to channel the inspiration into something concrete like written text.

Indeed, members found that after a routine had been established, writing times extended, further increasing productivity and motivation:

As the weeks passed I was reading and writing with such regularity that I began to start in advance of our set times and was soon writing for an hour or more each day.

Furthermore, breaks in the routine were noted as being detrimental:

I also find that missing days and breaking the rhythm is not good, as I lose focus and drive very quickly.

Strategies used by members to ensure writing times were honoured, by both themselves and others around them, included making set times, not opening emails and closing the office door.

Writing buddies: Writing buddies proved to be an important aspect of the strategies engaged in to improved writing routine and output, and were instrumental in supporting writing habits:

Writing can be a lonely, so knowing that S and T were doing the same thing at the same time gave me a sense of comradery and helped me make the commitment I needed to writing.

Although the generalisability of these findings is limited by selection bias (ie participation by highly motivated researchers) and the small number of participants, the outcomes described here are broadly applicable to rural researchers facing barriers to productive writing and successful publication.

It is evident, both from the existing literature and this case study, that when regular writing routines are established and maintained, productivity increases. The lessons learnt from such routines also have wider benefits: one group member reported she was more productive in her work generally, with a better appreciation of what can be achieved in 30 minutes and of the outcomes associated with 'chipping away' at tedious or boring tasks.

It is also clear that writing buddies play an important role in writing routines through the provision of support, motivation and accountability. In addition, rural early career researchers' geographical isolation may be reduced as a result of such pairings, given that communication is via telephone (messaging or call). Furthermore, both the pairing of buddies, and the regular contact with a wider group of colleagues at writing group meetings, can provide valuable opportunities to benefit from others' experience and expertise, as well as foster interdisciplinary collaboration and learning, and thus reduce professional isolation.

Members of the Wiljo-Piri Writing Group will continue to honour their commitment to their writing routine, and also to write with their buddies. Fortnightly meetings, which had stopped for some months, have recommenced, with the aim of maintaining motivation in the wider group, providing peer support, and encouraging other staff members to 'buddy-up'. Effective writing interventions often require at least one academic years' duration6, so ongoing commitment is required to further entrench the culture of routine writing in this group of rural early career researchers. Table 1 is a guide, including suggested format and principles, to setting up a writing support group.

Table 1: How to get started: suggested structure and principles for setting up a writing group

The importance of having rurally based researchers has recently been emphasized8, and so strategies which can increase productivity, motivation and career satisfaction are of utmost relevance. Although rural researchers may face a range of barriers, structured peer support such as 'buddy-writing' can be a powerful tool to create routine and increase publication output. The authors recommend that those setting up peer-based writing interventions systematically evaluate the effectiveness such as reporting the publication output in a standardised manner (eg PPY), to enable changes over time and with other interventions to be examined.

This paper is dedicated to the memory of Dr Tania Lienert, a founding member of the Wiljo-Piri Writing Group. SP was supported by a National Health and Medical Research Centre Research Training Fellowship (ID: 511998).

2. Boyce R. Which is more productive, writing in binge patterns of creative illness or in moderation? Written Communication 1997; 14(4): 435.

This PDF has been produced for your convenience. Always refer to the live site https://www.rrh.org.au/journal/article/2870 for the Version of Record.