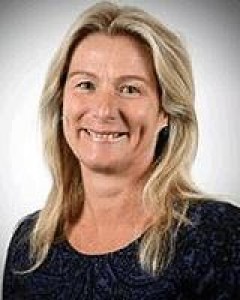 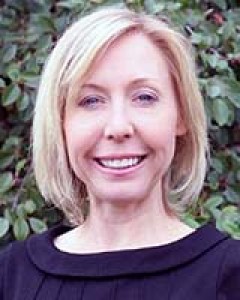 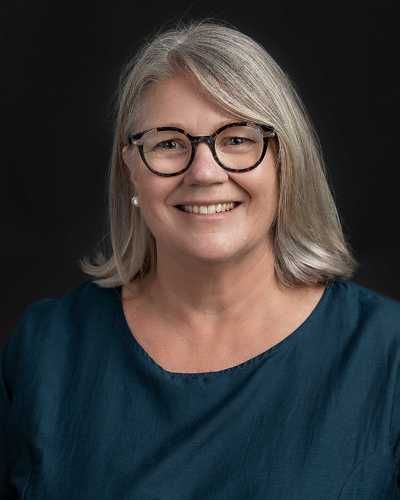 © Lizzi Shires, Penny Allen, Colleen Cheek, Debbie Wilson 2015 A licence to publish this material has been given to James Cook University, jcu.edu.au

Introduction: Rural clinical schools and regionally based medical schools have a major role in expanding the rural medical workforce. The aim of this cohort study was to compare location of practice of graduates from the University of Tasmania School of Medicine's clinical schools based in the larger cities of Hobart and Launceston (UTAS SoM), with those graduates who spent at least 1 year at the University of Tasmania School of Medicine's Rural Clinical School based in the smaller regional city of Burnie (UTAS RCS) in Australia. Specifically, the aim was to quantify the proportion who worked in an Australian regional or remote location, or in the regional cities and smaller towns within Tasmania.
Methods: The 2014 locations of practice of all graduates from the UTAS SoM and UTAS RCS between 2002 and 2013 were determined using the postcode listed in the Australian Health Practitioners Authority database. These postcodes were mapped against the Australian Bureau of Statistics Australian Standard Geographic Classification - Remoteness Areas (ASGC-RA) and the 2011 Census population data for Tasmania to define Modified Monash Model classifications.
Results: The study tracked 974 UTAS SoM graduates; 202 (21%) spent at least 1 year at the Rural Clinical School (UTAS RCS graduates). Students who had spent a year at the UTAS RCS were five times more likely to be working in RA3 to RA5 than those who hadn't spent a clinical year there (28% vs 7%, χ2(1)=59.5, p<0.0001) (odds ratio (OR) 4.9, 95% confidence interval (CI) 3.2-7.6). Using the Modified Monash Model, it was found that UTAS RCS graduates were nine times more likely (OR 9.0, 95%CI 4.7-17.2) to be working in the regional cities and smaller towns of Tasmania.
Conclusions: This study adds to the growing evidence that training medical students in rural areas delivers graduates that work rurally. The additional year spent in a rural area, even when their medical school is in a regional city, significantly affects their workplace choices over the first 3 years post-graduation.

Tasmania, an island state, has poorer health outcomes and fewer doctors than other states, and the smaller outer regional, remote and very remote towns have patients with the worst health6. These towns have lower socioeconomic status, higher Aboriginality, are under-represented in post-school education statistics, and have reduced access to health services6,7. Attracting and retaining medical staff to these communities remains a major challenge. The north-west coast of Tasmania, the home of the University of Tasmania School of Medicine's Rural Clinical School (UTAS RCS), has fewer general practitioners (GPs) than remote areas of Australia. In 2014 there were 118 GPs working in north-western Tasmania8, which has a population of 110 0009. In 2011 there were 227.8 GPs per 100 000 persons in major cities in Australia, twice that of remote areas (113.0 per 100 000 persons)10. Like many rural Australian areas, health services in north-western Tasmania remain heavily dependent on locum staff and overseas-trained doctors11,12.

All of Tasmania is considered regional or remote under the Australian Standard Geographic Classification - Remoteness Areas (ASGC-RA), including the capital city, Hobart, which is RA213. The Modified Monash Model12,14, a newer classification of regional and remote areas, is able to better differentiate the major cities of Hobart and Launceston, which are category 2 (RA2 or 3, with populations over 50 000), from the remaining regional cities and small towns, which are categories 3-7.

Students enrolled in the UTAS School of Medicine (SoM) undergraduate medical program all spend their first 3 years in Hobart. Thereafter, students can choose to spend their two clinical years in one of three clinical schools: in Hobart, in Launceston or at the rural clinical school based on the north-western coast of Tasmania.

This study sought to assess the proportion of UTAS RCS graduates currently working in rural areas in Australia compared to those UTAS SoM graduates that did not spend a year studying at the UTAS RCS. These early outcomes are compared to published university and rural medical school outcomes. In addition, the study sought to determine the proportions of UTAS SoM and UTAS RCS graduates working in the regional cities and smaller towns in Tasmania, categories 3-7 of the Modified Monash Model.

The cohort study consisted of all graduates of the UTAS SoM between 2002 and 2013. Graduates who had graduated since 2002 were searched for on the Australian Health Practitioner Register (AHPRA) database. The AHPRA database records the graduate's name and postcode where they currently work. Graduates' 2014 primary place of work postcodes were used to identify remoteness classifications from the postcode search function on the DoctorConnect website http://www.doctorconnect.gov.au/internet/otd/Publishing.nsf/Content/locator), where RA1 - major cities; RA2 - inner regional; RA3 - outer regional; RA4 - remote; and RA5 - very remote. Remoteness classifications were investigated in two ways: RA2-5 and RA3-RA5. Tasmanian population data for the Tasmanian postcodes were obtained from the Australian Bureau of Statistics. This allowed remoteness areas to be differentiated according to the Modified Monash Model for graduates working within Tasmania. Only Tasmanian regions are used in this study as the model still requires external validation in each state14.

Data were entered into an Excel spreadsheet then imported into the Statistical Package for the Social Sciences v21 (IBM; http://www.spss.com) for analysis. Frequencies were run to describe the data, with percentages calculated for categorical data, means with standard deviations calculated for normally distributed scale data, and medians and interquartile ranges (IQR) calculated for non-parametric data. Pearson's χ2 and Fisher's exact tests were used to investigate differences in categorical variables between students who had spent at least a year at UTAS RCS and UTAS SoM graduates who only attended the other clinical schools. All tests were two-sided and p<0.05 significance level was used for all tests. Odds ratios (OR) with 95% confidence intervals (CI) were calculated for significant χ2 results.

The UTAS School of Medicine in Tasmania supplies a significant proportion of graduates to the medical workforce in Tasmania. Tasmanian graduates appear more likely to work regionally and rurally than those graduates trained in capital cities on the mainland. Whereas over 49% of graduates in this study were working in RA2-5, 16% of graduates of a rural clinical school cited in a Western Australia study were working in RA2-53; however, this reflects the classification of the Tasmanian capital (Hobart) as RA2 compared with RA1 state capitals on the mainland. The early placement data shows that the 49% working in RA2-5 is most comparable to the regional James Cook University in northern Queensland, where 60% of graduates worked in RA2-54.

The Modified Monash Model helped to illustrate the difference in supply of medical graduates to sparsely populated areas of Tasmania. While it is expected that more graduates would work in Hobart and Launceston, because the bigger hospitals are in these cities, regional hospitals are based in some of the smaller cities (ie Burnie and Devonport). The data does show that both proportionally and absolutely the UTAS RCS is supplying graduates to the smaller cities and towns of Tasmania.

The UTAS RCS started taking students as early as 2002 but had very limited numbers for the first 5 years whilst its infrastructure was being built. The UTAS RCS reached its training quota of 25% of all domestic students in 2009. Most of the UTAS graduates now working in north-western Tasmania are graduates of the UTAS RCS in their early postgraduate years (PGY1-3), reflecting the dates that the UTAS RCS took on larger cohorts of students.

While the data collected is a snapshot of workplaces of UTAS graduates it also demonstrates trend. Doctors in their early years of training are choosing to work in rural locations, but there is a drift back to urban areas, which is particularly evident after PGY3 (Fig1). One possible reason for the urban drift after PGY1-3 is that doctors currently need to move back to the cities to access specialist training. This effect might be reduced with expanded numbers of general practice places in rural and regional areas, allowing more general practitioners to train where they are needed most15. Continued development of regional postgraduate specialty programs is needed to allow graduates to continue their training in regional or rural areas16.

The UTAS RCS only started graduating significant numbers in the last 5 years. Doctors take at least another 10 years to finish training and to gain general practice and specialist posts, so these are early figures. Tracking postgraduate choices will continue through the AHPRA database to identify where graduates actually end up in established practice.

This study adds to the growing evidence that training medical students in rural areas delivers graduates that work rurally. The additional year spent in a rural area, even when their medical school is in a regional area, significantly affects their workplace choices over the first 3 years post-graduation. Rural areas that are underserviced need to train medical students locally, even if there is a regional university. The data showed that graduates that train as little as 4 hours away are unlikely to move to work to these areas. The data also confirms the urgent need to align postgraduate training to ensure that more training is undertaken regionally and remotely.

This PDF has been produced for your convenience. Always refer to the live site https://www.rrh.org.au/journal/article/3219 for the Version of Record.