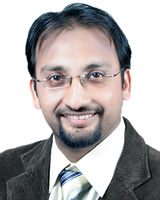 © Gaurav Sharma, Archna Nagpal 2015 A licence to publish this material has been given to James Cook University, jcu.edu.au

Students aged 13-15 years surveyed in 132 countries were more likely to report using smokeless tobacco products (11.2%) than to report smoking cigarettes (8.9%)1. Smokeless tobacco is used in various forms, from chewing tobacco alone to a mixture of tobacco with other ingredients such as betel quid, areca nut, Naswar, paan-masala, Gutkha, snus, qiwam and Mishri1. The tobacco industry misleadingly encourages smokers to switch to smokeless tobacco as an alternative in places where smoking is not legalized or as an alternative to quitting smoking, and flavoured tobacco products have also been marketed to further attract adolescents and women2.

Mobile phones are now well integrated into daily life, with more than 6.8 billion mobile subscriptions present globally, of which 1.08 billion are smartphone users3. Increasing competition among manufacturers has resulted in a drastic reduction in smartphone costs, which has made it much easier for users in lower and middle income countries to access them3. Mobile phones, especially smartphone applications (apps), are effective and useful tools for the delivery of health programmes that deliver interventions for various diseases and health conditions such as smoking cessation. The advantages are portability, promotion of interactivity, opening new channels of communication between patients and 'experts', and provision of instant access to information and assistance. The current evidence shows that mobile phone based smoking cessation interventions (predominantly of text messaging) are beneficial for long term outcomes4. Therefore, it seems logical to hypothesize that a smartphone app will be a useful tool to offer additional support when a young adult wants to quit using smokeless tobacco3.

The outreach of mobile technology could play a vital role in extending healthcare support and services to populations living in even the remotest of locations that are typically associated with smokeless tobacco chewing. However, there are limitations, including bias, attrition rates, accessing web based services, lack of biochemical verification, lack of acceptance by the patient and, most importantly, the lack of evidence based apps5. More research, in collaboration with what the patients actually require, is needed to capitalize on mobile technology for designing effective mobile phone based interventions for smokeless tobacco cessation, factoring in lower income countries, ethnic factors, literacy levels and cost-benefit ratios.

This PDF has been produced for your convenience. Always refer to the live site https://www.rrh.org.au/journal/article/3479 for the Version of Record.