Are medical students satisfied with rural community posting? A survey among final year students in medical schools of south-east Nigeria 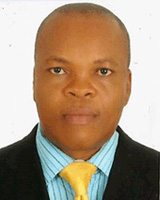 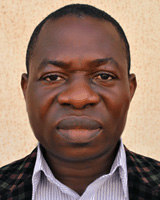 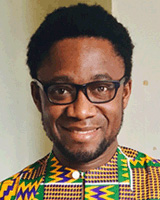 The origin of rural community postings for medical students in Nigeria's university system is the Ibarakpa Community and Primary Healthcare Programme of the University of Ibadan, in Ibadan in western Nigeria, which was initiated in 19631. This program, which was initially named the Ibarakpa project2, preceded the famous Alma-Ata declaration on Primary Health Care by 15 years3. It has been described as an interdisciplinary training program in community health, development and empowerment2. Based on the realization that community-based education has been useful in developing health personnel who are responsive to community needs4,5, this concept has in recent times been regarded as an innovative approach to medical education6-8.

Some specific objectives of the Ibarakpa Community and Primary Healthcare Programme were to teach medical students, through practical work, the principles and practice of community medicine and to build a body of knowledge on the several factors that influence health promotion and disease prevention in rural communities1. Studies from other regions of the world have revealed a significant relationship between exposure to a rural clinical school and willingness of medical students to practise in rural areas after graduation9,10. It has also been found that exposing medical students to community field works during the period of training motivates the students to work in rural areas after graduation11.

Except for the accreditation programs of the various universities (once every 3-5 years) by the National Universities Commission, there has been no formal evaluation of the rural community program. However, it has been found that there is a significant relationship between satisfaction with rural community posting and willingness of medical students to practise in rural areas after graduation13. Medical practice in rural area is of relevance because a higher proportion of Nigerians reside in rural areas14, where access to doctors is lower than in urban areas15 and the health indices are poorer16. Perhaps all these necessitated the call for the rural community posting to be student oriented and the need to emphasize this rural community experience for doctors in training13. Similarly, WHO policy recommendations on how to increase access to health workers in rural areas acknowledged the need for clinical rotations in rural areas during training17. And from a study in Nepal, medical students were of the opinion that repeated rural exposures and postings in rural hospitals and health centers would adequately prepare them for medical practice in rural areas18.

The present study was conducted among final year medical students in medical schools of south-east Nigeria to determine their satisfaction with rural community posting.

The study was conducted in medical schools in south-east Nigeria, which is one of the six geo-political zones in Nigeria. It is made up of five states: Abia, Imo, Ebonyi, Anambra and Enugu. It has a population of 16 381 729 people19, within a total area of 28 987 km220. The inhabitants are mostly of Igbo ethnic nationality and are predominantly Christians.

The south-east zone of Nigeria has 17 universities, comprising six federal and five state universities, while the remaining six are privately owned. Medicine is accredited for study in six universities in the zone. Two of these universities belong to the Federal Government of Nigeria: Nnamdi Azikiwe University, Awka, and the University of Nigeria, Nsukka, which was established in 1960 and is Nigeria's second oldest university. The state-owned universities that offer the study of medicine are those of Abia, Imo, Ebonyi and Enugu states.

The analysis was performed using STATA statistical software v13 (StataCorp; http://www.stata.com). Frequency tables and cross-tabulations were generated and level of significance was based on p<0.05. Multivariate analysis using binary logistic regression was used to determine the factors predictive of satisfaction of students with rural community posting. Variables with p<0.2 in bivariate analysis were entered into the logistic regression model to determine the predictors of students' satisfaction with their rural community posting. The results were reported using adjusted odds ratio (AOR) and 95% confidence interval (CI).

Ethical approval for the study was obtained from the Health Research and Ethics Committee of the University of Nigeria Teaching Hospital Ituku-Ozalla, Enugu, with approval number NHREC/05/01/2008B-FWA0002458-IRB00002323. The students were required to sign a written informed consent form before participating in the study. The nature of the study, its relevance and the level of their participation were well explained to them. They were assured that all information that they provided in the questionnaire would be treated confidentially and anonymously. Participation in the study was voluntary and participants were assured that there would be no victimization of anyone who refused to participate or who decided to withdraw from the study after providing consent.

A minor proportion of the students (22.5%) were satisfied with their rural community posting. This is not encouraging, bearing in mind the long history of the program and also the recent call that this posting should be student oriented13. It may be an indication that the institutions may have lost touch with the values that informed the initiation of the rural community program. This is further supported by the fact that there has been no formal evaluation of this program since its commencement, either at the institutional or national level. This result is at variance with that from a similar study from South Africa where 81% of the students who participated in the study rated their experiences with rural medical education as above average21.

The major reason for dissatisfaction with rural community posting among the students was lack of interest in rural areas. This same reason was found to be the major reason why medical students were unwilling to practise in rural areas after graduation13. These responses by the students are not surprising since the majority of them live with their families in urban settings and they also had their secondary education in urban areas. This, however, should renew the focus on the relevance of rural community postings. This is because the posting has been viewed as an intervention at the medical curriculum level to reverse the negative attitude of medical students to life in rural communities and practise in rural area after graduation13,22 , hence the conclusion that community-based medical education produces health workers that are better prepared for community service delivery6-8. The emphasis on rural medical practice is justified as the majority of Nigerians reside in rural areas14, and the health indices are poorer than those of urban areas16. The National Universities Commission also had this concept in mind while including rural community postings in the curriculum of medical students in Nigeria12.

The suggestions by the students on how to improve rural community postings are very interesting and should be adopted by the managers of the program in all the medical schools in Nigeria. Apart from the suggestion that monetary allowances be paid to the students for their participation in the posting, the suggestions indicate that the students may be aware of the need and relevance of the rural community posting in today's medical curriculum. Suggestions such as provision of residential quarters for the students, provision of transport and improved student lecturer interactions are a strong basis for improved funding and staffing by the management of the various medical schools. Likewise, on the part of the medical tutors it is a call on the insistence on minimum standards, especially as stipulated by the National Universities Commission, better supervision of the students as well as a proper orientation of the students on the relevance and expectations from the rural community posting. The posting period could also serve as an opportunity for innovative community learning processes like field trips, community outreach and involvement in community assessments.

Most students were of the opinion that a good rural community posting could positively influence students to practise in a rural area after graduation. Perhaps the students focused on their various suggestions in coming to this conclusion. A study in Malaysia also revealed that exposing medical students to field works in rural areas during public health postings is capable of influencing the willingness of the students to work in rural areas after graduation22. From a study in Nepal came the suggestion about the need for repeated rural exposures and postings in rural hospitals for medical students18. This was based on the observation by the students that their existing medical curriculum does not adequately prepare them for rural medical practice.

There was the possibility of a recall bias on the part of the students; this is often the case in any study that involves memory recall on the part of respondents. Also, institutional variability could affect the perception of the students of the rural community posting. The different medical schools conduct their rural community posting at similar stages of the training but under different conditions and arrangements that may affect the judgement of the students. Finally, use of cross-sectional design for the study and the nature of the research question may be limited in exploring the underlying complexities of a concept like satisfaction. The inclusion of a qualitative research method could have complemented the results of this study.

11. Khan AR. Public health posting as a motivating factor for medical students to work in rural areas upon graduation. Journal of Education and Practice 2012; 3(8): 233-238.

22. Khan AR. Public health posting as a motivating factor for medical students to work in rural areas after graduation. Journal of Education and Practice 2012; 3(8): 233-239.

This PDF has been produced for your convenience. Always refer to the live site https://www.rrh.org.au/journal/article/3632 for the Version of Record.