Knowledge and behaviour of tourists towards the sun, as studied in a region of northern Greece 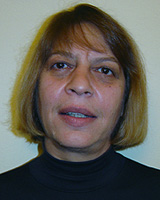 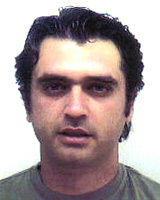 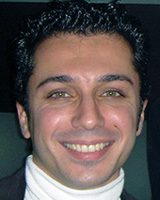 Introduction: Melanoma is considered one of the most malignant cancers. Its appearance is related to various factors such as ultraviolet radiation, recurrent sunburn, and phototype. During the summer holidays approximately 14 million tourists from northern European countries visit Greece; this does not include the local tourists. Aims: To discover the extent of European visitors' awareness of the risk of sunburn. To explore the level of knowledge gained by local and foreign tourists from preventive campaigns related to the harmful effects of sun exposure. Participants: The sample consisted of 802 travelers from northern European countries, and 726 Greeks who departed from the airport 'Megas Alexandros' during August and September 2002.
Methods: A structured questionnaire was used to gain data about demographics, family history of skin cancer, and identification of phototype. Also requested was information about the hours of sun exposure, and the use of sunscreen (the pattern of application and its sun protective factor [SPF]). Comparisons of mean values between groups were made by Student's t-test, and the association between categorical variables was tested by Pearson's c2. Regression analysis was performed to examine the influence of different factors on the likelihood of being sunburned.
Results: The majority of foreigners belonged to phototype II or III, while the Greek tourists belonged to phototype III. Foreigners had a higher tendency to burn and a lower tendency to tan. Of the total sample, women presented a higher prevalence of sunburn (p <0.05), and they used sunscreen more frequently (p <0.001) than men did (p <0.001), in both groups. The mean SPF used was 17.3 (SD = 8.98) for the foreigners and 16.0 (SD = 2.0) for the Greeks. The media was the main source of information for both groups. Multiple regression analysis showed that skin type was significantly associated with a high probability of sunburn (p <0.001). Moreover, freckles (p <0.05) were a predictive factor for future sunburn.
Conclusions: Our study showed that skin type is the most important predictor of future sunburn. The role of the primary care physician is to promote and encourage healthy habits, including attitude towards sun exposure. Increased susceptibility to sun-induced damage of persons with phototypes I and II mandates their identification as a target group in all media campaigns.

Melanoma is considered to be one of the most malignant cancers and its prevalence is increasing1. Its appearance is related to various risk factors, such as exposure to ultraviolet (UV) radiation (the most serious risk factor2), recurrent sunburn, skin type, and color of hair and eyes3. Early detection of melanoma is directly related to survival4. Primary prevention through identification of people at high risk5,6, as well as by educational campaigns7,8 aiming to modify solar habits and to promote protective measures, is a long-term approach to avoiding melanomas9-11.

According to the World Tourism Organization, every summer approximately 130 million tourists from northern European countries visit the southern Mediterranean region. Greece, one of the 15 most visited countries worldwide, receives approximately 14 million foreigners during the summer holidays12, apart from local tourists. It was unknown to what extent European visitors were aware of the risks of sunburn. The level of knowledge among local and foreign tourists acquired from preventive campaigns about the harmful effects of sun exposure was studied.

The study was carried out during August and September 2002, by a GP of the Health Center of Chrissoupolis (HCCh) and doctors of the district community clinic of 'Megas Alexandros' airport in Northern Greece. Among HCCh's duties is the provision of health services to the local airport, as well as serving a catchment area of approximately 22 000 inhabitants.

The sample consisted of 802 foreigners, 352 (43.80%) men and 450 (56.20%) women, and 726 Greeks, 349 men (48.07%) and 377 (51.93%) women, randomly selected from among the flights (every other flight) during the period August to September, which is the height of the tourist season in the region. The participants were tourists who had finished their vacation and departed from the airport on flights between 8am and 2pm. The foreign tourists were English speaking from the UK, Sweden, Netherlands and Norway, returning to their countries of origin.

Exclusion criteria used in this study were a lack of knowledge of English and the presence of any intellectual or movement disorder that would impair the ability to understand and fill out the questionnaire. There were 117 people excluded for any of the above reasons. The aims and purposes of the study were thoroughly explained and participants gave consent to be enrolled in the study. In total, we distributed 1853 questionnaires and 1528 (82.5%) were completed. There was no statistically significant difference between Greek and foreigner refusals.

A structured questionnaire was used, which consisted of six items made up of 20 questions. Demographics, family history of skin cancer, and questions to identify the participants' phototype were included. There were also questions about participants' sunbathing habits (hours of sun exposure, previous experience of sunburn), protective methods, and specifically the use of sunscreen and the pattern of its application (frequency of application and the surface of body covered), and its sun protection factor (SPF). Finally, participants were asked the source of information about the importance of sun protection.

Initially, phototype was used to determine photochemotherapy dosages13. Later, its use was expanded, as used in dermatology in a widely applied scale. Determination of phototype was based on answers to questions regarding whether a person burned or tanned in response to natural sunshine, and to what degree14. As determined from the Dermatology Information System15, hair and eye color were also requested.

The study was approved by the scientific and ethical committee of the General Hospital of Kavala, Greece.

The sample was divided into four age groups 0-18, 19-45, 46-64, >65 years, and into four educational groups (basic, secondary, higher, university) according to the Greek educational system. Statistical analysis was performed using SPSS for Windows vers. 10.0 (SPSS Inc, Chicago, IL, USA). To evaluate the differences in age and SPF, Student's t-test was used. The association between categorical variables, such as prevalent behaviors, knowledge and attitudes, was accomplished by using c2 tests. The independent influence of all potential factors (demographics, previous sunburn, sunscreen use and phototype) on predicting the likelihood of being sunburned (dependent variable sunburn vs no sunburn) was studied using a logistic regression analysis.

Three hundred and eighty-one (47.5%) foreigners reported university education, compared with 311 (42.8%) of the Greeks tourists, while 492 (61.3%) foreigners were office employees, in contrast with the Greek sample in which the majority, 384 (52.9%), were professionals. The distribution of age and education of the sample is shown (Table 1).

Table 1: Distribution of age and education of the participants

Figure 1: Sources of information about sunburn.

The results of the regression analysis are illustrated (Table 3). Skin type and freckles had a basic significant independent influence on future sunburn.

Demographics (age, education etc) were not significant in determining future sunburn once skin type and freckles had been accounted for.

Sunburn, although frequent, has not been included among prior GP's studies in Greece. This can be explained by the relatively low incidence of melanoma in the Greek population as opposed to the higher prevalence (approximately 2.5 times) of this condition in northern European countries16.

Several methodological considerations should be discussed before the interpretation of the study results. The present study has methodological limitations, such as the fact that the questionnaire was bilingual, which may reflect differences in language rather than true differences among the responses. Also, regarding the foreign tourists, the study only included English speakers. Although not validated, our questionnaire was tailored for the needs of a study on a healthy population. More research needs to be done about standardization of questionnaires, in order to improve the reliability and validity of data. In fact, the use of questionnaires in epidemiological studies, as in the present one, needs methodological patterns in order to improve the reliability and validity of data. An international standardization of survey tools may contribute to improvement in the comparability of results17. This would be an important step towards higher standards for surveys based on questionnaires measuring behaviours and attitudes related to sun exposure18. Another limitation was our sample, which was limited to the middle and upper financial class (according to profession, office employees or professionals) and consequently the study lacked information on those with outdoor jobs, such as farmers, laborers, or sailors.

According to Bakos et al19, the melanoma incidence ratio between men and women was 1:2. Our study showed that women also report higher sunburn rates, although they reported higher sunscreen usage than men. This is an indirect support to the notion that sunscreen use may not be as effective as it is considered by the majority of people in the prevention of melanoma. The reported high sunburn rates of women, although their related sunscreen usage was higher compared with men, support the above-mentioned ratio. Some studies report that the protection provided by sunscreen depends on its application thickness, and its proper use is another confounding factor which must be pointed out as difficult to assess; however important, this factor is difficult to quantify, and may be a contributing factor to women's higher sunburn rates20-22. Although the hours of exposure play an important role in prevention, the majority of our sample of all age groups claimed to have been exposed between 1 and 4 pm. As they reported, this was because they woke late as they were on holiday, and because at this time of day it is easier to get a tan.

As was shown from the regression analysis, the use of sunscreens, however high the SPF, was not included among the independent variables that influence the risk of sunburn. Therefore, education regarding sun avoidance would be more helpful and is probably more important for those with at-risk skin types (which relates partly to ethnic origin).

Preventive campaigns that derive from the media regarding the harmful effects of the sun seem to be very important. The fact that the majority of participants referred to the media as their main source of such information does not equate with people actually being informed about the dangers of sun exposure. It is interesting to note, though, that none of the tourists reported their family doctor as the main source of preventative information.

Our findings show that skin type and freckles are important predictive factors for sunburn, compared with the other phenotypic characteristics (eyes and hair color). The difference in skin types between Greeks and people from northern countries perhaps accounts for the differences observed, and not that they take better preventive measures. This is supported by epidemiological evidence that 'melanoma rates in some Scandinavian countries, with smaller amounts of annual sunlight, but with lighter phototypes, are higher than those observed in Mediterranean countries, such as Italy, Greece and Spain, where the inhabitants have darker phototypes'19.

Previous sunburn appears to be related to increased danger of future melanoma, which highlights the importance of greater awareness from GPs, both in the countries of origin and the holiday destination. More specifically, doctors should try to stratify risk for their patients, taking account of skin type, freckles etc, and then offer specific advice according to that risk assessment. However, doctors at holiday destinations (eg at local airports) should advise against sun exposure for all travelers, given that there is a risk associated with any exposure, particularly during the middle of the day.

Our study shows that skin type is the most important predictor of future sunburn. Prevention of skin cancer in susceptible individuals should stress avoidance of prolonged sun exposure. As this is a modifiable, behavior-related risk factor, the role of both GPs and media is crucial in decreasing the incidence of this condition.

17. Boldeman C, Jansson B, Dal H, Ullen H. Sunbed use among Swedish adolescents in the 1990s: a decline with an unchanged relationship to health risk behaviors. Scandinavian Journal of Public Health 2003; 31: 233-237.

21. Ling TC, Faulkner C, Rhodes LE. A questionnaire survey of attitudes to and usage of sunscreens in northwest England. Photodermatology, Photoimmunology and Photomedicine 2003; 19: 98-101.