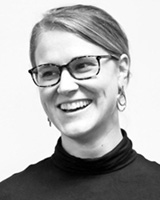 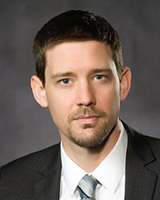 Cervical cancer is only one health issue faced by the Honduran people; 15% of Hondurans have no access to healthcare coverage4 and 58% of the rural-dwelling population of Honduras lives in extreme poverty5. Rural Hondurans have many health disparities compared to their urban counterparts, including cervical cancer5.

The purpose of this study was to assess attitudes, perceptions and barriers to cervical cancer screening in the rural mountainous area of Yoro, Honduras. Responses between La Hicaca and surrounding villages in Yoro were examined and compared.

Since 2005, Virginia Commonwealth University's Global Health and Health Disparities Program (GH2DP) has traveled to Yoro and partnered with the Ministry of Health and local leaders to provide medical care. The GH2DP brigade provides basic medical services to the citizens of La Hicaca, Yoro and the 17 surrounding villages. Previous studies have demonstrated that disparities to accessing health care and a high disease burden were present within these communities6,7. La Hicaca and environs have a population of approximately 2000 people8. During the 2014 GH2DP brigade, two female surveyors read a face-to-face, voluntary, anonymous questionnaire to a convenience sample of women who came to the clinic. All women were 18 years or older and were not known to be pregnant.

The questionnaire had 20 questions and was divided into four sections (Appendix A). Part 1 collected information on demography. Part 2 sought information regarding risk factors associated with cervical cancer. Part 3 evaluated the barriers to obtaining cervical cancer screening services. When a respondent answered that she had never been screened or had not returned for follow-up screening, the interviewers read a list of nine options that a woman could choose as to why she had not been screened or re-screened. Each respondent was able to choose multiple reasons. Part 4 assessed women's knowledge of what causes cervical cancer and their beliefs about whether or not it can be prevented.

Because Yoro is rural and rugged, many women face a travel barrier when attempting to access healthcare services. Many survey respondents made this journey to the clinics in either La Hicaca or Lomitas, a satellite clinic. La Hicaca was wealthy compared to its surrounding villages (although the community still lacks electricity and running water), and the people who lived there had the privilege of having a health clinic in their community (in addition to the annual clinic GH2DP runs). Because of this proximity to the clinic and relative wealth of La Hicaca, this study explored the differences between the women of La Hicaca and the surrounding villages in terms of risk factors, access to and knowledge of cervical cancer screening. This study also analyzed whether past pap smear recipients had greater knowledge of cervical cancer and its prevention.

The study and questionnaire were approved by the Virginia Commonwealth University Institutional Review Board panel (approval number HM20000686).

Of the respondents with no prior cervical cancer screening, nearly three-quarters (40/54 respondents, 74%) had never heard of a pap smear. The most common barrier was fear of being screened (15 respondents). Other reported barriers were inconvenience of having to travel a great distance (six respondents) and belief that getting screened wouldn't make a difference (five respondents).

Of the five women who answered 'yes' to having received an abnormal pap smear and failed to follow up, one respondent said that it was too far to travel and that she did not have enough money to do so. The others offered no specific reason for failure to follow up.

More than one-third of the women who had undergone cervical cancer screening in the survey population did not know the results of their pap smears. Traditional methods of follow-up are limited in Yoro given that most residents have no electricity or phone lines. The burden thus lies on the Ministry of Health to relay pap smear results to all women who have completed cervical cancer screening.

Travel time was a considerable barrier to accessing healthcare services in Yoro6. The World Health Organization encourages mobile clinics where screen-and-treat methods could be performed as a possible solution to poor access10. The GH2DP medical brigades have been successful in setting up satellite clinics in remote areas of Yoro, thus mobile cervical cancer screening may be a viable component to these programs.

Fear was the most common barrier to cervical cancer screening3,11-13. Agurto, et al. found that women believed it was better not to know death was coming than to know it was coming and not be able to do anything about it14. This sentiment suggests that strategies to educate Honduran women on understanding the diversity of screening results and benefits of pap screening are urgently needed.

This study had several limitations. The screening rate among this sample may have been artificially high due to selection bias, as only women who came to the clinic were surveyed. These women may be more likely to be screened for cervical cancer. Another limitation may be recall bias, because women may not remember exactly when they were last screened, especially if the last screen was many years prior to the survey. While women were invited to complete the questionnaire after clinic, it is possible that they felt coerced into completing the questionnaire. The results may thus not be generalized.

This study had several strengths. All surveys were conducted within an 8-day timeframe. Two trained surveyors conducted the interviews. By reading the surveys to the respondents, potential confusion was reduced and the effect of low literacy rates was minimized.

This study adds to the small body of literature on cervical cancer in Honduras and Central America and may be relevant to other developing regions with similar health disparity and resource pressures. These survey findings raise new questions about the optimal strategy for consistently performing cervical cancer screening in resource poor settings. It is hoped that this research can aid Honduran health officials in policy change, and that these findings will guide regional and collaborative effort to improve cervical cancer screening services.

Rural Honduran women aware of cervical cancer prevention were more likely to be screened. In addition, women who had heard of cervical cancer screening, but chose not be screened, reported fear, travel time and belief in the futility of pap screening process as barriers to screening. Strategies to educate Honduran women on understanding the benefits of pap screening and minimization of structural barriers to screening access are needed.

Appendix A: Study questionnaire on risk factors for and knowledge of causes of cervical cancer, and barriers to obtaining cervical cancer screening services

This PDF has been produced for your convenience. Always refer to the live site https://www.rrh.org.au/journal/article/3820 for the Version of Record.