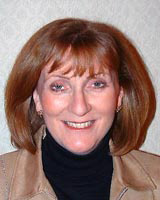 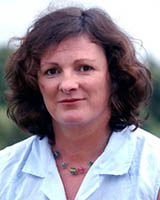 © iris ritchie, Susan Taylor 2005 A licence to publish this material has been given to ARHEN, arhen.org.au

The Remote Practitioners' Association of Scotland is an organisation which brings together remote and rural General Practitioners (GPs) from all over Scotland. It encompasses those GPs who were formerly members of the Inducement Practitioners Association, together with some other remotely based GPs.

The purpose of the organisation is to further the educational and medico-political needs of its members, and although most of this activity is concentrated in the annual conference, work is carried on throughout the year by committee members to fulfil these aims.

The members of the Association work in all types of isolated practices throughout the length and breadth of Scotland, with widely differing circumstances, geography and even climate. However, there is a common purpose to provide high quality medical care to rural patients, and the Association is united in its aim to see the upholding and development of rural health in the area. Many of the problems encountered in the delivery of medical services are similar throughout these remote areas, and there is much to be gained in having a forum in which to discuss difficulties, and to seek resolution, either individually or through the auspices of the Association.

The 32nd Annual Meeting of the Remote Practitioners (formerly Inducement Practitioners) was held between 11th and 14th November, 2004 in Aviemore, Scotland. Over 30 GPs gathered to take part in the Educational Programme, which was organised by Dr Kate Howlett of Port Appin, and to attend the Annual General Meeting which took place over the last day of the conference.

The Educational programme commenced on 11th November with a lecture entitled 'Forensics for the Field', delivered by Dr John Clark, Forensic Pathologist, which gave an informative update on the type of forensic cases with which GPs may be involved, along with some down-to-earth advice on dealing with such cases. This was followed by a lively discussion with Dr Lucy Caird, Consultant Obstetrician and Gynaecologist, about 'HRT or Not'. She presented recent papers on HRT and the reported risks. Although new knowledge was acquired, no consensus was reached during the debate.

The following day, Mr Don Page, Technical Information Services Pharmacist, gave two excellent lectures on drug tariff and prescription pricing, and on dispensing. Those who were dispensing doctors found the information he presented invaluable, and there were plenty of action points to take back to practices. In the afternoon there was an entertaining and informative talk from Dr Rod Duncan, Consultant Neurologist: 'Seizures and Turns that Might Be'. This contained many practical pointers in distinguishing between vaso-vagal attacks and seizures, and was most useful in helping to decide on the need for referral of such patients. 'COPD and New Guidelines' was covered by Dr Allan Henderson, Consultant Physician on Saturday 13th, and this was followed by small group work on spirometry, inhaler workshops and some discussion of difficult cases. This was extremely useful, especially given the emphasis on COPD in the GMS New Contract.

The political side of the Conference was covered in three sessions this year. The first included presentations from GP representatives from different Health Board areas about the implementation of the New Contract in each of these areas. There appear to be wide differences in prioritisation of tasks and funding between Health Boards, and the discussion proved very useful to those still in negotiation with our Health Boards over such issues as associate employment and out of hours.

The Annual General Meeting of the RPAS started with the Open session on 13th, during which there was a presentation from the Association's SGPC Rural Sub-Committee representative, Dr David Watts, which informed on progress in negotiations over the past year on matters to do with the previous Inducement System. Many of the uncertainties which had been expressed at last year's AGM have now been addressed, with just a few unanswered questions remaining. The closed session for voting members was held on Sunday 14th. During this session a number of issues, particularly to do with New Contract, were raised and debated, and the future of the Association was discussed.

In conclusion, the conference was, as usual, informative and enjoyable, with much valuable discussion taking place throughout the conference, and during the social activities in the evenings. Although the Inducement System has ended, there is no doubt that the spirit of Rural Medicine lives on. It is hoped that in the years to come the Association will continue to flourish, and that, away from the constraints of the Inducement System, other Remote and Rural Doctors will feel free to join the membership, and to experience the mutual encouragement and friendship which is enjoyed by the present members. The Association is also keen to forge links with other remote and rural healthcare groups, and would be happy to hear from any such organisations, or individuals. (Contact details included below.)

This PDF has been produced for your convenience. Always refer to the live site https://www.rrh.org.au/journal/article/392 for the Version of Record.