Therapeutic itineraries in rural and urban areas: a Portuguese study 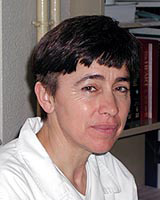 © Berta Nunes, Maria João Sena Esteves 2006 A licence to publish this material has been given to ARHEN, arhen.org.au

When people become ill they use strategies to solve their problem that include existing therapeutic resources in the community. Their choices are guided by the beliefs of local communities regarding the body, health and illness, and the therapeutic resources available. This study compares the uses of alternative and traditional treatments in a rural area and an urban area of the north of Portugal, investigating the differences and similarities in the behaviour of people when they become ill.
Methods: This descriptive study provides interviews with two groups of adults, in a rural area (Alfândega da Fé and Miranda do Douro) and in an urban area (city of Porto), Portugal), with the aim of understanding the knowledge and uses of alternative and traditional therapists and treatments.
Results: Approximately half of those in the urban area and almost all of those in the rural area knew of alternative therapists and treatments, the most known being bonesetters, acupuncturists and herbanárias (shops where people sell medicinal plants for teas) in the urban areas; and bonesetters, sorcerers (bruxos) and local healers (curandeiros) in rural areas. In relation to the use of these therapists and treatments, approximately 25% in the urban area and 75% in the rural area reported that they used such treatments. Bonesetters were the most used in both areas, followed by sorcerers and teas in the rural areas, and acupuncturists and teas in the urban areas. When asked about the reasons for using these therapists and treatments, the majority reported pain in the bones, muscle and joints, followed by psychological complaints in urban areas; and traditional diagnostics in rural areas for leaned souls (almas encostadas), fears or anxieties and visions etc. Most of the people who had used these treatments had not spoken to their family doctor about them because they believed 'doctors do not accept these medicines'. Approximately 80% in the two studied groups said they have been totally or partially satisfied with the treatments and the main reason was their effectiveness. The majority did not consider these treatments expensive.
Conclusions: We found differences in the use of the alternative and traditional diagnostics and therapeutic resources in the urban and rural areas studied. However, we also found similarities between the two areas, such as the use of bonesetters to deal with problem of muscular and joint pains, and the use of teas.

Several studies have shown that when people become ill, they try to solve their problems initially by using their own resources and the informal advice of family, neighbours, friends, fellow workers and others1-3. Most of the problems are solved at this level of care of the local health system, which Kleinman4 called the popular sector.

If the resolution of the health problem is not possible in the popular sector, or if it is not satisfactory, people tend to use other resources that can include local therapists (folk sector) or health professionals (professional sector).

In this study we compared the therapeutic itineraries and resources used by people in a rural area and in an urban area of the north of Portugal (Fig 1), in an attempt to evaluate existing differences and similarities. The hypothesis investigated in this study is that the differences depend on the diversity of existing therapeutic resources in the rural and urban areas, and on the existing cultural differences between the two contexts6-9. 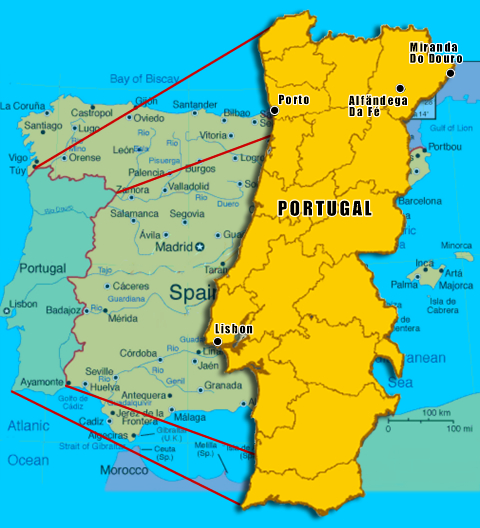 This was a descriptive and transverse exploratory study, with interviews of a convenience sample of adults in an urban area (Health Centre of S. João in the city of Porto) and in a rural area (the localities of Alfândega da Fé and Miranda do Douro, Bragança district), Portugal.

The interviews were conducted by students of anthropology and medicine, who applied a questionnaire with open and closed questions to patients who came to the health center. The questionnaire was pre-tested and included questions concerning:

After each question the subjects were asked to make comments.

Subjects gave informed consent to participate after being informed about the content and aim of the study.

Knowledge and use of traditional and alternative treatments

When we asked both groups if 'they knew treatments that normally are not practised by doctors or nurses', in the urban group 91 persons (57%) answered 'yes' and in the rural group all except two people said 'yes'. The most cited treatments by the urban group were acupuncture, followed by bonesetters, houses where one can buy teas and get advice about their medicinal use (herbanárias) and other local healers. Less frequently cited were homeopaths, iridologists, osteopaths, naturists, videntes (prophesiers), spiritualists, sorcerers, fortune-tellers, shiatsu, masseurs, narcotics and alcoholic anonymous and treatments with special foods (eg garlic, honey, seaweed). The most cited treatments in the rural group were bonesetters, followed by sorcerers, local healers and teas. Less frequently cited in the rural areas were acupuncture, homeopathics, masseurs, reflexology, iridology, clairvoyants, home remedies, prayers to saints and god, spells, priests, clairvoyants, spiritualists, fortune-tellers, wizards, naturopaths, quiropaths (similar to osteopaths), osteopaths, shiatsu and yoga.

Health problems that were treated by traditional and alternative methods

When asked about the most frequent health problems for which they had use alternative treatments, in the urban area the most frequent complaints were pain in the bones, joints and muscles (pain being the most common symptom), followed by psychological reasons (stress, depression and insomnia). In the rural area we found diagnoses related to the local culture, such as soul or leaned shade (a 'shade' has a similar meaning to soul and 'leaned' means that they lean to the body of a person and make her ill), fear of snakes, visions, 'mist in the eyes', 'coxo' (a dermatologic disease), a child who cried and did not eat as the main reasons to consult local healers.

When questioned about the reason for using alternative treatments and not consulting health professionals, in the urban area the answers were: because they were 'told by other people about those treatments', 'because professional treatments didn't succeed', 'to avoid taking remedies', and 'because these treatments where more natural and less harmful'. In the rural areas the answers were similar but they also said that, with some problems, it was not necessary to go to the doctor and that some alternative treatments were more efficient and more easy to access than medical treatments. They also said that some illnesses 'were not in the doctor's area of competence'.

When asked if they had spoken with the family doctor about these treatments, the majority answered 'no' (approximately half in the urban area and two-thirds in the rural area). The reasons given were: 'it was useless', they 'didn't remember to tell the doctor', and 'the doctors do not believe in these medicines and they do not accept them' and 'we only tell the doctors what we believe is necessary'. However, almost all said they had discussed these treatments with their family.

Satisfaction with traditional and alternative treatments

When asked if they were satisfied with the results of the alternative treatments, approximately 80% in the urban and rural groups said they were totally or partially satisfied with the results. When invited to comment, the urban group answered that they were satisfied because the treatment had been efficient and without secondary effects, while the medical treatment tried by some did not have any effect. They also reported satisfaction with long-lasting effects, and that they learned how to react in certain situations. Those who were less satisfied said that the treatment had not been efficient, or had delayed results. One reported a serious complication, and some women reported a lack of interest of and lack of seriousness of the alternative therapists they had consulted.

When those who were satisfied in the rural group were asked for comments on the effectiveness of the treatments they said: 'it cured me', 'it cured me from one day to the next', 'if my son hadn't gone to the witch he would be dead', 'the sorcerers speaks the truth' and 'we feel more comfortable'. The minority who were not satisfied related that the treatments had not been efficient and that they 'had to go to the doctor'. A smaller minority said 'the sorcerers are tricksters'.

These facts must lead doctors to review their attitude in relation to such alternative treatments so people feel comfortable discussing these therapeutic options with them. In doing so, doctors can prevent duplication of treatment or interactions between treatments when they are used simultaneously (this is what happens in many situations).

The family is an important therapeutic resource where therapeutic choices are discussed and the results evaluated, as some anthropological works have shown10.

It is important to note that the majority of people who used alternative treatments were satisfied with the results and they confirmed that the treatments had been efficient. This contradicts current health professionals' ideas about the inefficacy of alternative treatments and the effectiveness of medical treatments. The opinion of users and health providers about the efficacy of different treatments do not coincide. A 2001 satisfaction inquiry of carried out by the Portuguese National Institute of Quality into the users of the Health Centres in Portugal, showed that only 67% of sick people interviewed said they had a rapid relief of the symptoms after medical treatment11.

This study has some limitations because a convenience sample was used and mainly older people were interviewed. It is not clear if younger people in rural areas have similar behaviours.

In conclusion, this study shows that people in rural areas still use their traditional healers to help them with some health problems, and they still use traditional diagnostic categories of local culture to explain some symptoms of disease and suffering. Doctors and health professionals working in rural areas should know and respect local culture in order to have a good relationship with their patients, so patients can trust them and talk about their therapeutic choices.

4. Kleinman A. Patients and healers in the context of culture. Berkeley: University of California Press, 1980.

7. Palinkas LA, Kabongo ML and the SurfNet Group. The use of complementary and alternative medicine by primary care patients. The Journal of Family Practice 2000; 49: 1121-1130.

9. Vincent MB, Silenzo MD. What is the role of complementary and alternative medicine in public health. American Journal of Public Health 2002; 92: 1562-1564.

This PDF has been produced for your convenience. Always refer to the live site https://www.rrh.org.au/journal/article/394 for the Version of Record.