Rural health in Japan: past and future 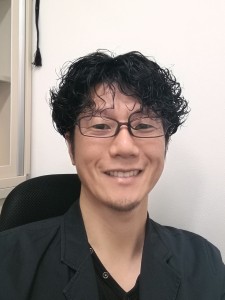 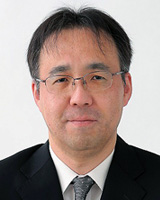 © Akiteru Takamura, Masatoshi Matsumoto, Shizukiyo Ishikawa 2017 A licence to publish this material has been given to James Cook University, jcu.edu.au

Japan’s over-65 population exceeded 26% in 2015 and is expected to surpass 30% in 2030, making it the first super-aged society in history1. Geographically, Japan’s habitable land area is small. Mountains cover 61% of the territory2 and Japan itself is an archipelago of nearly 7000 small islands3. More than 100 million people now live in Japan. About 10% of the population resides in rural or remote mountains, small islands, and peninsulas4. More than 50% of the population in those areas is elderly. Their communities are facing social, economic and political difficulties, with the decline in tax revenue, a shrinking labor force, worsening infrastructure for daily life and the disappearance of traditional culture. In addition, some rural and remote villages have already succumbed to depopulation and economic distress5. The problems of an aging of society are not unique to Japan. The country’s demographic changes are a bellwether of changes in other advanced countries.

The shortage of doctors in rural and remote areas of Japan has been a social problem for decades6. Lack of primary care as a specialty and (until recently) the lack of a professional organization of primary care physicians have exacerbated the shortage.

In 2010, three academic societies related to primary care and general practice were merged to form the Japan Primary Care Association7. Historically, primary care has not been recognized as a formal clinical discipline in Japan. However, the need for primary care is growing as the population ages, cuts are made to the governmental health care budget, and public nursing-care insurance is introduced. A new board-certified training system for general practitioners (GPs) will start in 20188, and the Japan Primary Care Association will be the largest certifying organization of the GP training programmes. The Association is paying more attention than ever to rural primary care. Community-based medical education and medical practice in depopulated areas are two of the main themes at the Association’s annual meeting and there are many active discussions, and community-based and primary-care-associated research presentations at the conference every year. In 2017, the Editor-in-Chief of Rural and Remote Health, Paul Worley, and Immediate Past President of the Australian College of Rural and Remote Medicine, Lucie Walters, delivered a lecture on general practice training in Australia.

Rural health services have traditionally been maintained by national and local policies. Japan has two types of medical institutions: private and public. Excluding university and national hospitals, public hospitals and clinics were founded by prefectures and municipalities (cities, towns and villages). Many of these public medical institutions provide health care in rural communities. Private medical institutions in rural areas are financially supported by their prefectures or municipalities8. In the 1970s and 1980s, the national government doubled the number of medical schools under the 'policy of one medical school in each prefecture.' This enabled rural prefectures to train and graduate their own physicians6. In 1972, a medical school solely for producing rural physicians, Jichi Medical University, was founded. The students had their academic fees waived in exchange for 6 years of rural service in their home prefectures after graduating as physicians. Ninety-seven percent of these students complete their rural service9. Jichi was funded both by the national and prefectural governments. In 2009, chiikiwaku, a Jichi-like regional quota, was introduced by the national and prefectural governments to most of Japan’s medical schools. The number of entrants under such quotas now exceeds 1500, accounting for 16% of all medical school entrants10. The quota entrants receive a scholarship from their home prefectures and, in exchange, most of them are required to work in the rural areas of those prefectures. The first quota entrants are now beginning to practice in rural areas.

In this way, several policies by the national and local governments have protected rural health nationwide. But political interventions not only to the student-recruitment system but also to the medical school curriculum have become more important than ever. In other words, there is a need to refine and expand clinical training based in rural areas.

Japan needs comprehensive care by generalists who have access to community health care resources more than ever. Studies worldwide have shown that more effective community-based medical education produces better health outcomes and improves the health of the workforce in that community11,12. Japan’s Ministry of Education, Culture, Sports, Science and Technology is now adding community-based clinical training, particularly in rural communities, to the undergraduate curriculum at all medical schools. This policy is premised on the belief that community-oriented generalists are produced only by community-oriented clinical training. University hospitals offer highly specialized and advanced medical care, so patients at university hospitals are epidemiologically skewed. As such, medical students in university hospitals do not learn the natural prevalence and history of common diseases. This makes it difficult for medical students and young doctors to acquire the knowledge that they need to practice primary care in rural areas13,14. In addition, community medical care is closely related to local public health and socioeconomics. Therefore, to learn community health or even whole community, it is necessary to venture outside of the large hospitals and into the community itself15.

However, although some medical schools have experimented with longitudinal integrated clerkships16, only half of them use clinics or small hospitals as primary care practice training sites, and usually this training lasts no more than 8 weeks17. Even including community-based subspecialty training, the nationwide average is about 8 weeks total, and the shortest programme is only a day long18. To learn primary care, the actual length of training and use of community health resources in Japan is still inadequate. Many undergraduate medical schools in Australia, Europe and North America have introduced longitudinal integrated clerkships of more than 20 weeks to their undergraduate programmes19. Introducing local primary care training to medical school curricula is recommended for international accreditation by the World Federation of Medical Education, which is now influencing medical education curricula in Japan.

In addition, the Ministry of Health, Labour and Welfare has added a minimum of 1 or 2 months of postgraduate internships and community-based clinical training in small institutions. But the outcomes of this rural training are still unknown and the contents of the training vary substantially. Furthermore, 1- and 2-month programmes are not long enough for participants to learn the background of the community20. Though some training hospitals are now introducing longer and rural community-based training, many interns in Japan still are not learning enough about primary care in underserved communities.

There have been several innovative experiments with rural medical education in Japan.

Jichi Medical University has developed a unique rural medical education in the course of its 45-year history. From their first year, Jichi students return to their home prefectures every summer and participate in a clinical clerkship. The home prefecture government hosts the clerkship programme under the auspices of the 'prefecture union' to which all the Jichi graduates in the prefecture belong. In the clerkship, students are exposed to rural practice, acquire a mentor, and gain a specific image of their future. Students can also complete an elective 1-week clinical clerkship in their fourth year, a 2-week clerkship in the fifth year, and a mandatory 4-week plus an elective 4-week clerkship in the community hospital of their home prefectures. Many of the students complete additional community-based clerkships. Students who perform well on their examinations become 'free-course student doctors' and can use the full term of their sixth and final year as they wish. Some of them do a long-term clerkship in their home prefectures. These early and intensive exposures to rural practice and primary care make Jichi students more community-oriented than students in other medical schools. In addition, fresh graduates of Jichi must be enrolled in 2-year clinical training courses in community hospitals designated by the governors of the home prefectures. These facilities prepare students for the rural general practice that they are obliged to complete after graduation.

Mie University also has an innovative rural clinical placement for undergraduate students. Though it is still voluntary, students in sixth year can choose a 3- or 4-month rural clinical placement while living continuously in the rural community as an elective. They study not only clinical work in rural institutions, but also people’s lives, their socioeconomic background and the local culture in the community. This programme is now being successfully implemented16. This longitudinal integrated clerkship at Mie University is just the beginning of clinical training of this sort in Japan, and is expected to spread nationwide. 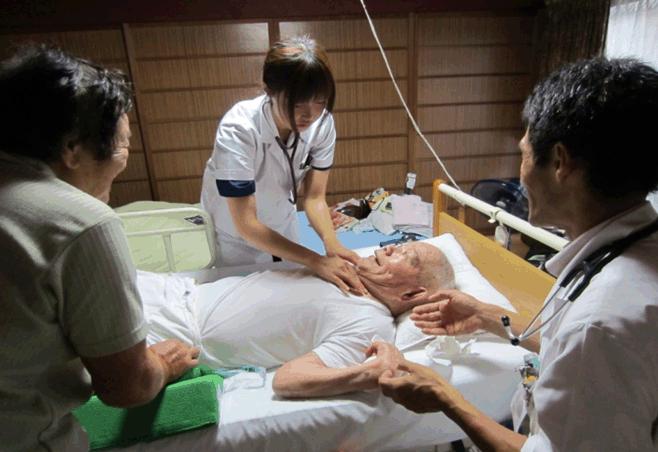 Figure 1: A student of Jichi Medical University learning home care service at a patient’s home as a part of rural clinical placement.

With its rapid demographic and epidemiological transition, Japanese medical education needs comprehensive reform. Community-based medical education, particularly in small rural medical institutions, with a focus on primary care, should be central to the reform. Some innovations are taking place in Japan and internationally. Now it is time for Japan’s medical education to meet the needs of a super-aged society.

This PDF has been produced for your convenience. Always refer to the live site https://www.rrh.org.au/journal/article/4521 for the Version of Record.