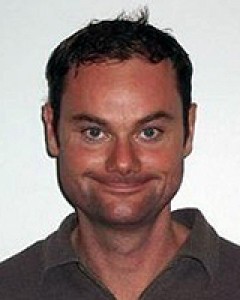 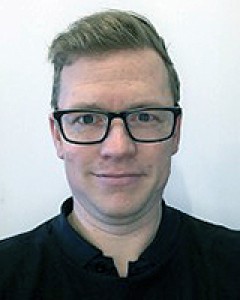 This study was approved by the Danish Patient Complaints Board and the Danish Data Protection Agency (approval 2008-41-2875).

Introduction:  Healthcare systems in many countries struggle to recruit general practitioners (GPs) for clinics in rural areas leading to less GPs for an increasing number of patients. As a result, fewer resources are available for individual patients, potentially influencing patient satisfaction and the likelihood of malpractice litigation. The aim of this study was to investigate the association between malpractice litigation and local setting characteristics in a Danish national sample of GPs considering rurality, number of patients listed with the GP, as well as levels of local unemployment, education, income and healthcare expenditure.
Method:  This is a register study on Danish complaint files and administrative register data using multivariate logistic regression.
Results:  No statistical significant association could be established between litigation figures and rurality, occupation with respect to education, and municipality level of healthcare expenditures. However, larger patient list size was associated with higher rates of malpractice litigation (odds ratio (OR) 1.05 per 100 patients). Litigation was less frequent in settings with higher income patient populations (OR 0.65), although where it did occur the criticism seemed much more likely to be justified (OR 6.03).
Conclusion:  Many GPs face an increasing workload in terms of patient lists. This can cause drawbacks in terms of patient dissatisfaction and malpractice litigation even though local factors such as economic wealth apparently interfere. Further research is needed about the role of geographic variations, workload and socioeconomic inequality in malpractice litigation.

As is the case in many other countries, recruitment of general practitioners (GPs) for rural area clinics in Denmark is an increasing challenge1-5. A smaller number of GPs are required to serve about the same patient population under increasing workload (in terms of patient list size numbers). This results in limited consultation time available for individual patients6. Correspondingly, research has shown population density to be associated with both doctors’ workload and consultation durations7. Consultation length restrictions may affect patient experiences with health care (eg inadequate time available to meet patient needs causing dissatisfaction). Moreover, healthcare use and needs vary in the population, and less educated patient groups, for example, may need more consultations with their GP8. At the same time, patients with fewer socioeconomic resources in terms of unemployment, low income, and little education tend to be disadvantaged because of difficulties communicating during health care9.

Increasing list sizes have been demonstrated to be correlated with less patient satisfaction in general practice10,11. Patient dissatisfaction and likelihood of malpractice litigation may also depend on factors such as the level of healthcare resources12, age and gender of practicing GPs, and number of patient encounters per time unit13,14. Research regarding the influence of clinic settings on patient satisfaction and malpractice occurrence is scant and findings are diverse13-17.
The aim of the present study was to investigate the association between malpractice litigation figures and characteristics of general practice location in terms of rurality, number of patients listed with the GP, as well as levels of local unemployment, education, income tax and healthcare expenditure levels in a Danish national sample of general practices.

Danish citizens receive tax-financed general practice and hospital health care free of charge. A patient is usually listed with one GP who also acts as a gatekeeper concerning hospital health care14. In general practice clinics, the patient list may be ‘open’ or closed18 and patients can only choose GPs from open list clinics. A county committee with equal representation of GPs and politicians considers clinic applications for patient list closure. Permission to close the patient list can be granted if more than 2300 patients are listed per GP. As in most other countries, patients who are dissatisfied with their GP may decide to file a malpractice complaint19-23. In Denmark, cases are handled by a National Disciplinary Complaints Board (NDCB) which may pose sanctions in the form of a ‘criticism’ (written decision mailed to GP, complainant and the Danish National Board of Health) or bring the health professional before the prosecuting authority, which may result in authorization removal.

NDCB decisions concerning all Danish GPs completed in 2007 were reviewed and information was extracted from case files and registered in a structured database14. Furthermore, register information about GPs and municipality level sociodemographic characteristics were obtained from the Danish National Board of Health and Danish Health Information Danish Ministry of Welfare databases, respectively 1,14. Factors describing practice settings were a population density measure aiming to differentiate urban from rural areas (number of inhabitants per square kilometre in the municipality). The population density measure was dichotomized according to the threshold of 150 citizens/km2 recommended by the OECD to distinguish local settings that are predominantly rural respectively urban24. GP’s list size refers to the number of patients on the GP’s list. Proportion of unemployed refers to the average percentage of full-time unemployed among those aged 17–64 years in the local municipality. The municipality number of citizens with a higher education refers to the proportion among those in the municipality aged 25–64 years with a bachelor’s degree, medium, or longer higher education. Municipality tax payment per citizen represents an average calculated with reference to inhabitant incomes. In addition, a healthcare expenditure per citizen measure was used to describe the municipality level of healthcare spending.

Odds ratios (ORs) were computed with logistic regression modelling using Stata v15.0 (StataCorp; http://www.stata.com). The dependent variable distinguished GPs who had a malpractice complaint (or received criticism) and the independent variables were the characteristics already mentioned. Adjustments were made for GP age and sex. P-values less than 0.05 were considered statistically significant.

This study was approved by NDCB and the Danish Data Protection Agency (approval 2008-41-2875).

Sample characteristics are shown in Table 1.

Results from logistic regression analyses are presented in Table 2.

From Table 2 it is clear that no statistically significant association could be demonstrated between malpractice complaint figures and rurality, education, unemployment, or municipality level of healthcare expenditures. However, greater list size was associated with increased odds of complaints but not with case outcome (p<0.05). Analyses suggest higher income tax figures in the clinic’s county of residence to be associated with less malpractice litigation ((p<0.05). However, if malpractice litigation is commenced, odds of critique substantially increase (p<0.05). When adjusting for GP output in terms of patient encounters per time unit (data not shown), the association between GP list size and patient complaint cases was no longer statistically significant (due to co-linearity). However, the significant association with tax figures persisted. 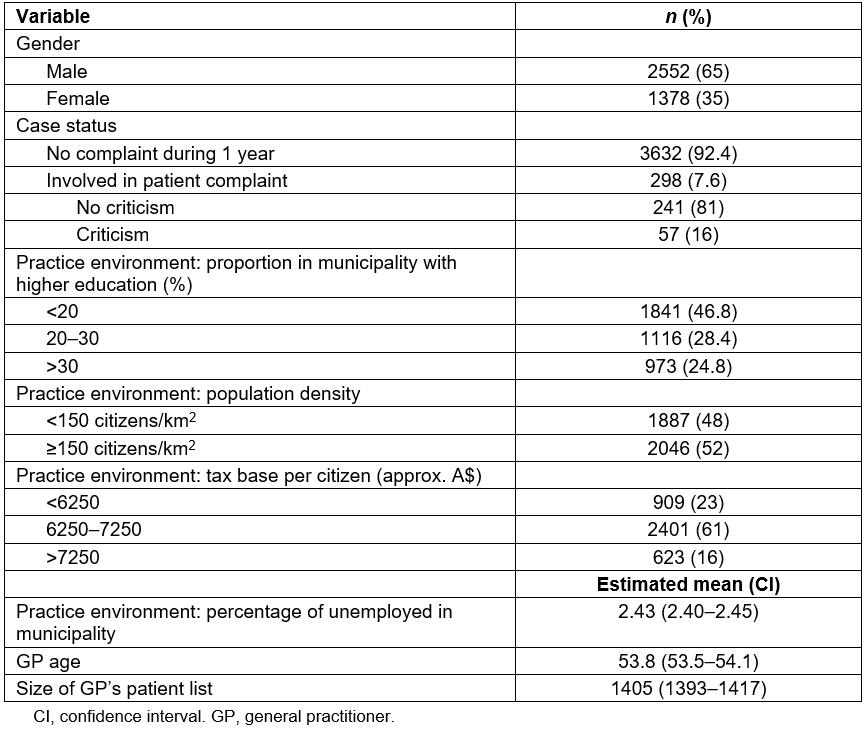 Table 2:  Associations between general practice settings and odds of disciplinary board cases with respect to criticism 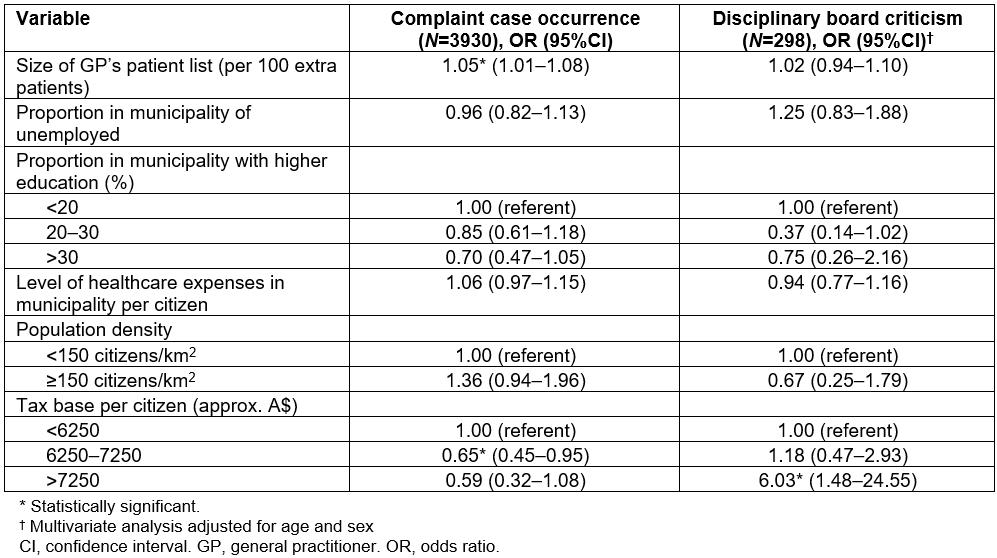 In this data, no relationship could be established between GP location in urban compared to rural area and malpractice complaint occurrence. Likewise, education, occupation and healthcare spending levels could not be demonstrated to be of significance. Larger practice list sizes were found to be associated with considerably higher odds of malpractice litigation. Findings also suggest malpractice litigation is less frequent in settings with higher income patient populations, although malpractice litigation, if commenced, seemed more likely to be justified (resulting in the GP being criticised). Viewed on this background, it is remarkable that Studdert and colleagues previously found patients with poor socioeconomic resources to be less likely to sue for malpractice25. The authors suggested it could be caused by limited opportunities to secure legal representation by these groups of patients, an explanation that may also account for the divergent results of the present study. Hindrances for initiating malpractice litigation in Denmark are probably less. Hence, the Danish patient complaint system is free of charge, the NDCB on its own initiative must thoroughly clarify a malpractice complaint before deciding it, and patient advisers offer free guidance through the complaint system26.

When compared to the average patient list size, some GPs in the present study had more than double number of patients listed. Medical malpractice litigation in itself is stressful, but may pose a particular problem for GPs who already have longer working hours serving an oversized patient population. A malign spiral potentially may develop with fewer GP resources available for patient care, resulting in even more malpractice litigation. When comparing with other countries, a Norwegian study found the average length of the patient lists in 2008 constituted 1278 for male and 1144 for female GPs respectively, and the proportion of GPs who perceived their workload as unacceptable was 25.5%27. Likewise, research has suggested that GPs with long patient lists as well as their patients are the most dissatisfied, demonstrating some important consequences of a GP shortage, which authorities in an increasing number of countries will have to deal with28,29.

Distinguishing rural from urban clinic settings can be difficult. In this study the authors decided to use the categorization recommended by OECD. However, this may not distinguish, for example, clinics in countryside villages from big city clinics. The register-based data taken into consideration (population density, population education level, population employment level, and income tax data) relate to the average of the municipality where the clinic is situated and not to the exact clinic site, which may partially downplay the importance of location factors.

Higher patient numbers and workload are an issue for a rising number of GPs, not least in some rural areas. This potentially can cause drawbacks in terms of greater likelihood of patient dissatisfaction and malpractice litigation, although the latter might be influenced by factors relating, for example, to the patient population. Settling in a higher income area perhaps may tend to decrease malpractice complaint occurrence although it could increase the likelihood of reprimands should a complaint happen. There is a need for more in-depth research into the role of workload and sociodemographic factors in malpractice litigation.

This PDF has been produced for your convenience. Always refer to the live site https://www.rrh.org.au/journal/article/4663 for the Version of Record.