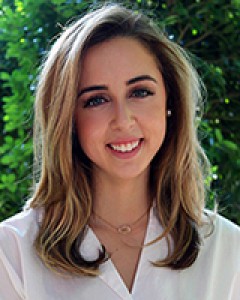 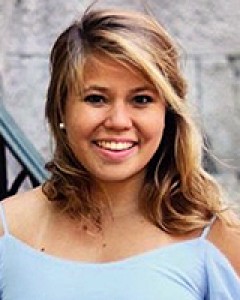 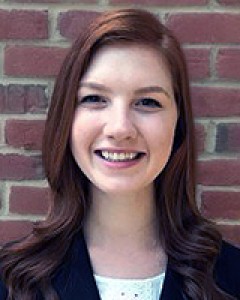 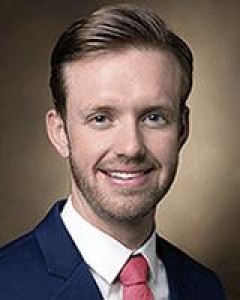 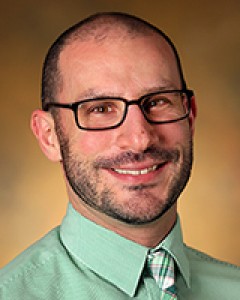 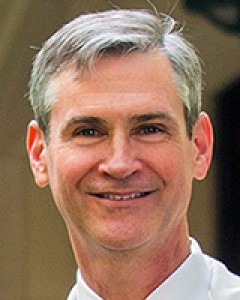 Introduction:  This study aimed to demonstrate that teleneurology consultations conducted via tablet technology are an efficient and cost-effective means of managing acute neurologic emergencies at community-based hospitals and that utilizing such technology yields high community physician satisfaction.
Method:  During a 39-month period, Vanderbilt University Medical Center in Tennessee USA, provided teleneurology services to 10 community-based hospitals that lacked adequate neurology coverage. Hospitalists at one community-based hospital were not comfortable treating any patient with a neurologic symptom, resulting in 100% of those patients being transferred. This facility now retains more than 60% of neurology patients. For less than US$1200, these hospitals were able to meet the only capital expenditure required to launch this service: the purchase of handheld tablet computers. Real-time teleneurology consultations were conducted via tablet using two-way video conferencing, radiologic image sharing, and medical record documentation. Community physicians were regularly surveyed to assess satisfaction.
Results:  From February 2014 to May 2017, 3626 teleneurology consultations were conducted. Community physicians, in partnership with neurologists, successfully managed 87% of patients at the community-based hospital. Only 13% of patients required transfer to another facility for a higher level of care. The most common diagnoses included stroke (34%), seizure (11%), and headache/migraine (6%). The average time for the neurologist to answer a request for consultation page and connect with the community physician was 10.6 minutes. Ninety-one percent of community physicians were satisfied or somewhat satisfied with the overall service.
Conclusion:  In the assessment of neurology patients, tablets are a more cost-effective alternative to traditional telehealth technologies. The devices promote efficiency in consultations through ease of use and low transfer rates, and survey results indicate community physician satisfaction.

According to the US Department of Health and Human Services, 67.8 million Americans live in a primary medical health professional shortage area1. Telemedicine – the provision of medical care remotely using telecommunications technology – is increasingly being utilized to address this shortage of healthcare professionals. Dating from the late 1960s in the USA, telemedicine began with the ‘initial use of the closed-circuit, television system’2. The practice has evolved to include technologies like telemedicine carts and more modern devices, such as tablets and smartphones. Ultimately, these telemedicine advancements enable physicians and other healthcare providers to efficiently and effectively increase access to specialty care for individuals that are ‘medically underserved, resulting in improved clinical outcomes, reduced costs’, and fewer unnecessary patient transfers3-8.

Disparities in access to health care are immense for specialties such as neurology. For large rural populations, the ratio of neurologists to patients is approximately 1:30 0009. The abundant need for neurological care is evident in the millions of individual visits to emergency departments each year for conditions like seizures and migraine-related headaches10,11. In addition, stroke is classified as the fifth leading cause of death in the USA, and treatment by a neurologist following a stroke is demonstrated to improve clinical outcomes12,13. The demand for neurological care far outweighs its accessibility; thus, the dawn of telemedicine has given rise to teleneurology.

Teleneurology employs telehealth technologies to serve patients with a variety of neurological conditions in both emergent and non-emergent settings14,15. It is associated with effectiveness, patient satisfaction, and a reduction in both time and money16,17. In teleneurology assessments of 354 veterans with a variety of neurological conditions, Davis et al. (2017) found 'average time savings of 5 h and 325 miles [523 km] driven, plus at least [US]$48,000 total cost savings' when compared to in-person assessments16.

Despite its cost-saving and time-saving benefits, the practice of teleneurology in hospitals is often discouraged by the price of its associated technologies and a lack of familiarity with the equipment18-20. The most prevalent device in telemedicine is a large rolling cart equipped with a computer, camera, and screen19. Traditional telemedicine carts typically cost between US$5000 and US$25,000, sometimes incurring further additional costs due to annual service contracts. Not only are these outdated technologies costly, but physicians often poorly understand how to utilize them20. High costs, difficulty of use, and the training required for standard telemedicine technology hinders its cost-effectiveness and efficiency.

To test the effectiveness of a less expensive technology, Anderson et al. (2013) performed teleneurology assessments of stroke patients using an iPhone 4. For most items on the National Institutes of Health Stroke Scale, researchers found near-perfect agreement between in-person and iPhone 4 consultations, and they concluded that the device is a time-saving, cost-effective alternative to typical telemedicine technologies18. A similar study employing iPads and the two-way live audio/video application FaceTime to conduct pediatric assessments demonstrated that the handheld technology was not only thousands of dollars cheaper than standard telemedicine equipment, but all healthcare providers found the devices easy to use21.

A total of 3626 teleneurology consultations were conducted over the 39-month period of 1 February 2014 – 31 May 2017. Patients ranged in age from 18 to 107 years (63+18 years, 55% female). Additionally, at the beginning of each month, physicians from the 10 community-based hospitals who called a teleneurology consult during the previous month were emailed a link and invited to complete a satisfaction survey based on their experiences during that time frame.

To conduct consultations, teleneurologists and community-based physicians were equipped with iPads and FaceTime. The teleneurologists’ tablets also contained Jenesis and StarPanel, closed-group applications for radiologic image sharing and medical record documentation, respectively. The total cost of the tablet and software was US$1200 for each community hospital. Information technology and risk assessment staff at VUMC determined that the security of these systems complied with Health Insurance Portability and Accountability Act (HIPAA) standards when linked over encrypted and password-protected internet connection3. Communications were protected using authentication and encryption provided by FaceTime. Password-protected, WPA2 Enterprise wireless sessions were used to authenticate and encrypt local traffic3.

Jenesis is used by community-based hospitals to upload and share radiologic images with teleneurologists. This application is hosted at VUMC, receives images from client imaging systems, and provides temporary storage of images until they are reviewed by the teleneurologist3. The StarPanel application is an integrated interface to the VUMC clinical information system that enabled secure access to the patient’s medical record where teleneurology consultation notes were composed, stored, and transmitted to community-based hospitals for inclusion in their electronic medical records system3.

VUMC staff recorded the time of the initial consult request, the time at which the on-call neurologist was paged, and the time at which the neurologist and physician at the community-based hospital were connected. Study data were collected and managed using REDCap electronic data capture tools. REDCap (Research Electronic Data Capture) is a secure, web-based application designed to support data capture for research studies, providing (1) an intuitive interface for validated data entry, (2) audit trails for tracking data manipulation and export procedures, (3) automated export procedures for seamless data downloads to common statistical packages, and (4) procedures for importing data from external sources22.

A total of 3626 teleneurology consultations were conducted. In partnership with teleneurologists, the community physicians were able to successfully manage 87% of patients at their facility. Only 13% required transfer to another facility for a higher level of care. The most common diagnoses included stroke (34%), seizure (11%), and headache/migraine (6%). 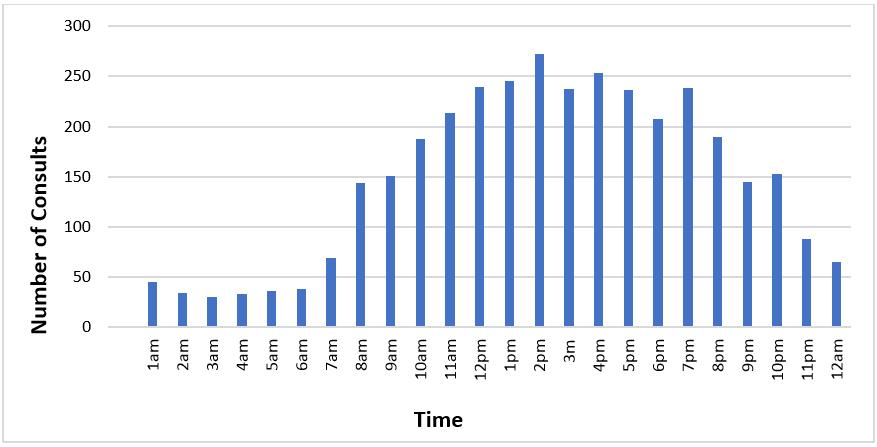 VUMC’s teleneurology service not only appeals to community physicians, but is also an efficient and cost-effective means of providing urgent neurologic consultation to community-based hospitals. For these hospitals, the cost of the tablet technology (less than US$1200) is considerably less than the cost of outdated traditional telemedicine carts (US$4999). The use of tablets also promotes efficiency in their ease of use and community healthcare providers’ existing familiarity with such devices.

These results indicate that a large majority of patients at community-based hospitals needing emergent neurologic care are able to be successfully treated via tablet technology using HIPAA-compliant two-way video conferencing, radiologic image-sharing, and electronic medical record capabilities. Tablet technology is accessible, portable, and has low implementation and operational costs. A high proportion of community physicians expressed satisfaction with the teleneurology service provided via this technology platform. Although fewer were satisfied with the timeliness of documentation return, this is likely a result of differing workflows between hospitals for the entry of forwarded medical record documentation.

Tertiary academic healthcare centers often operate at near-capacity while also serving as level one trauma centers21. Therefore, it is essential to leverage technology to project specialty care to community-based hospitals so that patients may be treated close to home and only transferred when they require medical services or procedures uniquely available at academic healthcare centers.

The high level of community physician satisfaction and low rate of patient transfer noted in this analysis are consistent with other studies on the use of telemedicine to provide specialty care to rural communities; Marcin and associates reported a 97.5% community provider satisfaction rate with the overall quality of pediatric subspecialty telemedicine consultations29. Latifi and associates found that telemedicine consultations significantly reduced the need for transfer of trauma patients and improved quality of treatment30.

This study used the metrics of patient transfer, time to establish connection, and community physician satisfaction to evaluate a teleneurology program. Additional studies are needed to analyze patient satisfaction and clinical outcomes of services provided using teleneurology. Future research should also aim to address the limitations of this study. This could include comparing wait times of standard in-person neurology consultations and teleneurology consultations.

The use of telehealth in the provision of specialty and subspecialty care to rural communities is promising. Based on the early results from this program, VUMC intends to expand its telehealth services to other community-based hospitals throughout south-eastern USA and the Vanderbilt Health Affiliated Network. Effective telehealth services are an essential element of successful population health programs and they allow community-based physicians and hospitals to effectively manage the care of patients in need of emergent specialty care, reducing burdens on the healthcare system, patients, and their support systems.

4 Bynum AB, Irwin CA. Evaluation of the effect of consultant characteristics on telemedicine diagnosis and treatment. International Journal of Telemedicine and Applications 2011; 3: 1-7.

This PDF has been produced for your convenience. Always refer to the live site https://www.rrh.org.au/journal/article/4743 for the Version of Record.