The Network: Towards Unity for Health, building a 'Star Alliance' among kindred organizations

Part of Special Series: Special issue with Education for Health 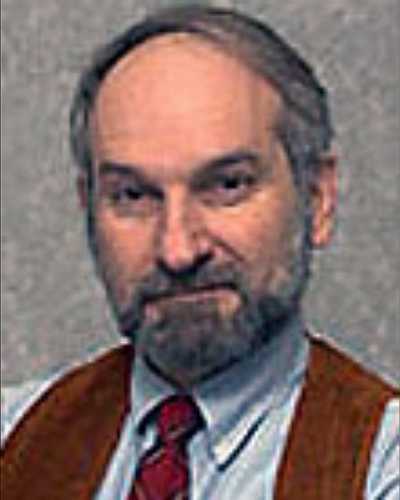 © Arthur Kaufman 2005 A licence to publish this material has been given to ARHEN, arhen.org.au

Air Canada and Thai Airways are two of the 16 international airlines comprising the Star Alliance. If I buy an Air Canada ticket to Bangkok in Toronto, I can easily link to a second flight, say, from Bangkok to Ho Chi Minh City on Thai Airways. The flights are easily coordinated, frequent flyer miles are transferable, and priority reservations, upgrades, and standbys are more easily accessible on either airline. In addition, Thai offers to find cheaper hotel rates in Ho Chi Minh City. This is an elegant system. If I buy a ticket on one airline, I can access the advantages of its partner airlines. Using this analogy, shouldn't we partner with other, sister organizations in order to offer to our Network: TUFH membership the added advantages of our partner organizations?

Last year, I lunched with an international guru of communications, Dr Everett Rodgers. He's the author of the widely acclaimed book, Diffusion of innovations1. I explained the airline network analogy and asked his advice about the feasibility of linking The Network: TUFH with other organizations to broaden the benefits to Network members of partnering with other organizations with complementary strengths but compatible goals. Was it an idea whose time had come or would there be insurmountable barriers? His reply was thoughtful-he said it was a 'generational' issue. Young people have grown up with internet technology, with multi-sensory input, with MTV and were used to obtaining what they need by using a variety of resources concurrently. Older people, he cautioned, were more linear in their approach and were more suspicious of collaboration, more likely to defend their turf. Their achievements were likely the result of competing against others rather than through building cooperating networks. The latter is more in line with the thinking of futurists like Fritjof Capra2.

What follows is a sampling of how The Network: TUFH is trying, undaunted and with varying success, to build a Star Alliance-like model of interorganizational collaboration at our annual meetings, in our professional associations, through our consultations and in our publications.

In 2004, for the first time in Network history, and during it's 25th Anniversary in Atlanta, USA, we put on our annual meeting in joint sponsorship with a 'sister' organization, the US-based Community Campus Partnerships for Health (CCPH). It was a great success and the 400-plus attendees, representing the membership of both organizations, found common ground, learning from one another. The conference attracted a most diverse group of health professionals and titles of their didactic sessions, mini-workshops, story sessions and thematic poster sessions reflected this diversity: 'Reducing Child Trafficking in Benin', 'The Harlem Children's Zone Asthma Initiative', 'Building a Culturally Competent Health Workforce', and 'Preventing Child Abuse: the Case for Interprofessional Education'.

Each organization brought to the conference their complementary strengths. The Network: TUFH is predominantly international, in official relations with the World Health Organization, most members coming from developing countries, with its roots in academic health centers. Community-Campus Partnerships for Health is predominantly US-based, has a large, interdisciplinary constituency, with its roots planted in the relationships universities and their communities. As a shared goal, both promote strategies for improving the effectiveness of academic health centers in improving community health. At the conference, members from each organization were able to see a broader vision with new ideas emerging from interaction with their new, informal partner organization.

As an outcome of this successful conference, news of each others' organizations appear on each other's websites, on electronic postings, and in newsletters. Future interactions between CCPH and The Network: TUFH are planned. Already, membership in CCPH offers members access to the online resources of The Network: TUFH and vice versa.

The Network is a quarter century old. Its stability is one reason smaller organizations like the European Multi-Professional Education group and WHO's Towards Unity for Health have merged with it. But a more common form of affiliation is informal where mutual interests intersect. One such area is Indigenous health. There is a great need for addressing health inequities of Indigenous peoples in different parts of the world and this is of major concern of many institutions and organizations affiliated with The Network: TUFH.

Several years ago, The Network: TUFH contemplated creating a Task Force on Indigenous Health. However, a new, important organization arose at the same time-the International Network of Indigenous Health Knowledge and Development (INIHKD). It is dedicated to improving the health of Indigenous peoples in Australia, New Zealand, Canada and the United States through Indigenous and community-led research, public health and health services, and workforce development. INIHKD includes many leaders from Network: TUFH institutions. We felt it was more important that we support and affiliate with INIHKD rather than form a parallel group. INIHKD members now attend Network: TUFH annual meetings and share strategies and form links between the two organizations.

One of the unique aspects of The Network: TUFH is how it fosters bidirectional consultations and exchanges of innovations between institutions in the developing and industrialized world. In a study conducted about 20 yearsago3, we compared educational innovations in the health professions from industrialized countries - predominantly 'problem-based learning', with those in developing countries - predominantly 'community based learning'. This provided a rich substrate for sharing innovations and for learning from each other. In fact, much of the impetus for community-based education at our own institution in New Mexico emerged from the National University in Mexico (their community-based 'A-36 Program') and from the University of the Philippines' Palo Leyte career ladder development program.

Over time, it has become the norm for educational innovators to draw on the experience and innovations from many institutions, from developing and industrialized countries. Consultations by organizations with large constituencies, such as WHO or The Network: TUFH can bring to bear the vast experience and innovations of their membership. A recent example is a collaborative consultation in East Africa (Kenya, Uganda and Tanzania) conducted jointly by The Network: TUFH, by its funding and program development arm, Global Health through Education, Training and Service, and WONCA (the World Federation of Family Doctors). The Network: TUFH's strengths in problem-based and community-oriented undergraduate medical education and WONCA's strengths in graduate medical education in family medicine were complementary and effective. Thus, when an organization or institution requests assistance from, say, The Network: TUFH, it's an added bonus when, at the same time, they receive expertise from a 'sister' consultant, WONCA.

One of the most important attributes of The Network: TUFH is the ability to communicate within our organization and to disseminate the innovations of our membership. The annual conferences are exciting venues for such communication and dissemination. Unfortunately, travel costs are prohibitive, so the majority of the individuals, institutions and organizations that comprise The Network: TUFH find it difficult to attend. Thus, we have invested considerable energy into regular communications via our Newsletter, our website, our internet postings and list servs, and our Network: TUFH's peerreviewed, Medline-indexed journal, Education for Health.

Here, too, we have found 'airline' partners. Can our journal be a communication and publication outlet not only for Network: TUFH members but for members from 'sister' organizations without their own journals. The first two organizations we approached were the Foundation for International Medical Education and Research, and Community-Campus Partnerships for Health. Both were interested in co-sponsoring our journal. A third partner is another journal-The international electronic journal, Rural and Remote Health. It is based in Australia and it's leadership are members of The Network: TUFH. It, too, is Medline indexed, and this issue is a joint issue of both with the same manuscripts, one in paper, one electronic. The members of both organizations will thus benefit by accessing publications from the other.

This partnership has an added benefit for us. It lets us test the e-journal waters. Most Network: TUFH members are from developing countries where the cost to purchase paper journals is prohibitive. As the use of the internet grows, the digital divide between rich and poor countries will shrink. If our journal can become electronic and open access is allowed (free to anyone with an internet connection), then another barrier to dissemination will be removed and greater access to the strengths and benefits of our partner organizations will increase.

This PDF has been produced for your convenience. Always refer to the live site https://www.rrh.org.au/journal/article/508 for the Version of Record.