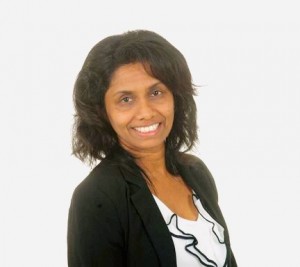 This study was conducted per protocol in accordance with RACGP NREEC approval.

Farmers are thought to have a higher risk of skin cancers, but there is no direct evidence of this risk1,2, and some population evidence of no greater risk to farmers of melanoma3. The agricultural region of the Darling Downs in Queensland, Australia, has the highest incidence of skin cancer in the state4. Here, we define the specific occupation risk for skin cancer among Darling Downs farmers compared to other community residents, from clinical findings.

Using a retrospective electronic clinical record audit in seven practices on the Darling Downs, data were extracted for cases and controls, noting recorded occupation of farming. Those without recorded occupation or ‘retired’ were categorised as non-farmers. While some of this group were farmers, their medical record did not confirm this. It is considered this approach creates a bias towards the null, reducing the possibility of erroneous conclusions. Patients treated or having skin biopsies with histologically confirmed malignant skin cancer were included. Details of cases treated by excision were identified by clinical investigators using relevant item numbers in the Medicare Benefits Schedule for the periods 2013–2015 (keratinocytic cancers) and 2010–2015 (melanoma). Locally recurrent or residual skin malignancy captured were not re-entered. Where a case was included following a skin biopsy, only the definitive therapeutic intervention was recorded. Controls were recruited randomly from the same practice as the case by frequency-matching for age (in 5-year age bands), gender and residence postcode of the case at the time of presentation and the absence of recorded history of keratinocytic cancer or melanoma. Four controls per melanoma case and one control per keratinocytic cancer case were recruited.

The study was approved by the Royal Australian College of General Practitioners National Research and Evaluation Ethics Committee. Funding for the study was provided by the Skin Cancer College of Australasia and supported in kind by the University of Southern Queensland Agricultural Health and Medicine Group.

Our findings indicate that the farmers in the Darling Downs region are not more likely to be diagnosed with melanoma than others within their community, yet their likelihood of keratinocytic skin cancer is significantly greater. That a bias towards the null approach was used in defining exposure to farming may have masked a small risk for melanoma among farmers, but this was not evident in population studies3. An increased risk of keratinocytic cancer is clear and significant. The specific epidemiology of skin cancers among farmers is likely to vary due to occupational exposures and changes in site distribution5, so more detail is required to determine comprehensive epidemiology. General practitioners in rural agricultural communities should remain vigilant of melanoma among all patients and be particularly aware of the heightened risk of keratinocytic skin cancers among farmers.

Table 1:  Risk of skin cancer among Darling Downs farmers and those in other occupations

This PDF has been produced for your convenience. Always refer to the live site https://www.rrh.org.au/journal/article/5711 for the Version of Record.