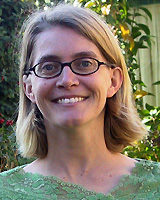 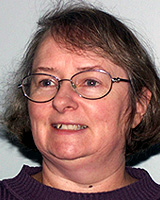 © karly smith, John Humphreys, Judith Jones 2006 A licence to publish this material has been given to ARHEN, arhen.org.au

Quality of health care is a matter of increasing concern to governments, health authorities and consumers1,2, particularly in rural communities where health status is demonstrably worse than in metropolitan areas due to workforce shortages, impacts from service rationalisation, and difficulties accessing services3-9. Measures of consumer satisfaction can provide an important assessment of quality of health services not captured by other health service statistics, such as patient throughput, distance to nearest services or waiting times10,11. The extent to which rural residents are satisfied with their local health services is a key determinant underpinning their health behaviour and utilisation of health services12,13.

Timely, accessible, appropriate, safe, continuous and effective health services are essential elements to ensure quality health care14. In the absence of an agreed methodology for measuring consumer satisfaction, it is often difficult to gauge the extent to which these critical parameters are being met. Based on studies undertaken in several Australian rural communities, this article highlights a number of issues associated with studies measuring consumer satisfaction with rural health services, and provides some pointers to guide future studies.

The specific focus on rural health services stems from the risk that without some measure of consumer satisfaction, rural communities (many of which are already experiencing sub-optimal health services) are unlikely to see improvements in their health services. Moreover, particular logistical and resource difficulties often present when undertaking timely large-scale consumer surveys in rural areas, characterised by widely dispersed populations.

The glass is half full

Most studies of consumer satisfaction focus on those key aspects of quality of health care that are amenable to some form of policy influence or intervention. Such an approach was adopted by the authors in assessing consumer satisfaction with health services in three rural communities in western New South Wales (NSW), and also in a survey of eight rural communities in north-west Victoria15,16. Guided by the literature14,17,18, the study compared rural consumer satisfaction using five key sentinel indicators of the quality of health care, namely the extent to which health needs could be met locally (availability), the ability to get help at times of emergency (geographical access), the availability of bulk billing (economic access), choice of healthcare provider (choice), and seeing the same provider when required (continuity of health care).

Ethics approval for these studies was obtained from the Human Ethics Committee of Monash University, Victoria, Australia. In addition, ethics approval was granted by the NSW Far West and Macquarie Area Health Services for the New South Wales study.

The three NSW communities represented small rural inland towns with populations of less than 5000 people. These rural communities experience poor health status and face problems securing appropriate health services because of their small size and geographical isolation. Information was collected in September 2002 by delivery-and-collection of questionnaires to a 20% sample of all occupied private dwellings15.

Householders in both studies were asked to rate their satisfaction with regard to the availability, accessibility, choice, continuity, and affordability of health services using a 5 point Likert scale from 1 = very satisfied to 5 = very dissatisfied19.

In short, based on the generally high levels of consumer satisfaction with rural health services, it would be easy to conclude that all is well with health services in small rural communities, and that reports of serious consumer concerns with inadequate rural workforce supply7 and problems associated with the contraction of many procedural services in small rural communities20, fail to capture the extent to which the health needs of rural residents are adequately met. The issue remains of how to reconcile these differences, and the extent to which methodologies used to assess levels of consumer satisfaction may influence the results.

The glass is half empty

An alternative way of assessing levels of consumer satisfaction is to examine the nature of complaints made in relation to rural health services. The monitoring of consumer complaints about health service provision and quality plays an important role in health service improvement1,21,22. For this reason, a variety of consumer advisory committees and internal complaints-handling procedures (including independent health commissioners) have been established in each state and territory. Such agencies are responsible for considering how information obtained from complaint investigations may be used to improve health services.

A detailed analysis was undertaken of 23 866 records of complaints to the Victorian Health Services Commissioner from 1988 to 200123,24. Each record was classified into rural and urban by matching the postcode or suburb to the corresponding rural, remote and metropolitan (RRMA) classification25. The data were then analysed using SPSS vers. 11 (SPSS Inc; Chicago IL, USA) to identify differences in the number of complaints from urban and rural consumers in addition to the characteristics of type of provider, issue of complaint and outcome of complaint23,24. The significance of differences between observed and population-based expected frequencies of complaint was tested using the χ2 statistic.

In addition, our 'half-full' study found that a large number of consumer concerns about rural health care are not reported through complaints mechanisms16. While only 11% of respondents lodged some complaint in the previous year, another 34% wanted to complain but didn't. Access emerged as the most common issue, accounting for 72% of complaints not reported, with doctors (60%) and hospitals (31%) as the most commonly identified providers. Under-reporting of complaints was influenced by a sense of resignation among consumers that making a complaint does not really result in any difference to health services and may, in fact, impact negatively on the complainant16.

How can we determine how full the glass really is?

A number of important issues should be taken into consideration when measuring rural consumers' levels of satisfaction with their health services.

Logistical aspects of achieving representativeness of the target group

Achieving representative samples is often difficult to achieve in rural communities, due to the cost and logistics of operating in vast regions characterised by many small, dispersed communities. A representative sample is one that accurately represents the characteristics in the designated population33. Certain methods, such as focus groups and consumer representatives on advisory or reference groups, often under-represent key rural consumer groups, including non-users of services (because services are not locally available or easily accessible) or those who bypass local services in favour of more distant ones perceived to be superior. Moreover, in small rural settlements characterised by a strong sense of local community, soliciting consumer opinions about the quality of local services and their providers can be a particularly sensitive issue.

For this reason, it is essential to gather and use information in a way that ensures confidentiality and dissipates any fear of alienation or retribution34. In this regard, surveys using computer assisted telephone interviewing (CATI) or mailed self-completion questionnaires may be most appropriate because of their ease of transcending vast distances, and that they protect the identity of the respondent. At the same time, such techniques (while expedient, cost-effective and ensuring anonymity) may not ensure representativeness of the broad cross-section of users, especially marginalised groups, and can often yield low response rates. Extensive face-to-face interview surveys, however, may be more inclusive and maximise response rates and the richness of data, but are expensive, time-consuming and may raise issues of anonymity and confidentiality that can influence the nature of responses. Citizen juries, where consumers are randomly chosen and decisions are made to benefit the whole community rather than for the jury members as individuals, are worthy of consideration35.

The choice of methodology employed in satisfaction surveys is usually determined by the purpose of the study, its timing and the resources available. What is critical, however, is that the interpretation placed on the research findings is done with care and takes sufficient account of the limitations of the methodology used.

Many small rural communities in Australia have experienced significant reductions in the availability of local health services over recent years36. This context may result in participants recording what they think the researcher wants to hear. This may take the form, for example, of a fear of further service reduction or closure and may affect consumer responses, reflected in an excessively negative rating despite the high quality of those local health services remaining. Alternatively, participants may paint an excessively positive picture of existing services regardless of their quality or utilisation patterns in order to 'protect' their services from any further reduction37,38. In such circumstances, both the timing of the consumer satisfaction data collection and the nature of the survey instrument can influence the validity of the survey outcomes.

The specific nature of questions is particularly important. The use of satisfaction rating scales alone can be problematic because respondents usually report greater satisfaction than dissatisfaction with health care30,39-41. This skewing of response distribution may occur because consumers believe positive comments are more acceptable to survey researchers, they are reluctant to complain for fear of future unfavourable treatment, or they believe that more positive responses will contribute to continuation of services10. Such bias can be tempered by including both structured and unstructured questions to elicit different kinds of data. A Scottish study comparing consistency of satisfaction levels in three surveys found that levels of satisfaction or dissatisfaction depend very much on the wording of questions and the approach used26,40.

The development of trust and respect between researchers and participants is always crucial to maximising participation from a wide segment of the study population, arguably nowhere more so than in health service satisfaction surveys in small rural communities42. Rural residents need to be clearly informed about the purpose of the study from the outset, in addition to researchers promoting consumer ownership via consumer input into planning and development processes.

In rural areas where services are particularly vulnerable to reduction or because services are limited, it can be difficult for residents of small communities to develop trust in researchers, given the potential for the research findings to be used by health authorities as the basis for changes and possibly further reduction of local services, in preference to investment required to improve the quality of existing local services.

The value of consumer input to the planning and provision of rural health services is not in dispute43. Without it, the quality of rural health services available remains predominantly a function of the viewpoints and agents of health authorities and providers, something that is increasingly determined by fiscal considerations rather than a focus on the health needs of consumers. Unfortunately the cost of assessing levels of consumer satisfaction with health services in rural areas remains high despite technological advances that expedite data collection. Moreover, the demands on rural consumers' time to participate in surveys perceived to be of limited value can lead to frustration and disillusionment at the community level about the role and value of consumer participation to the quality improvement process16. In examining rural and remote communities, researchers need to understand how their choice of method, satisfaction measure or instrument, and relationship with the community can influence the extent to which consumers actively participate in the research, as well as the potential for bias in their results.

In light of the increased recognition and importance being attached to the field of rural health research, as well as the greater use of this research by policy makers and health service funders, further analytical enquiry, debate and development is required into the best ways to apply tools and methods, (usually developed in other contexts) to the rural health agenda.

This PDF has been produced for your convenience. Always refer to the live site https://www.rrh.org.au/journal/article/594 for the Version of Record.