3 Department of Health Management and Health Economics, Institute of Health and Society, Faculty of Medicine, University of Oslo, Oslo, Norway

Introduction:  Being diagnosed with cancer and undergoing treatment is a life-changing experience, and many cancer patients find the physical, emotional and social effects of the disease to be stressful. This study explores the experiences of cancer patients and their relatives from all parts of Northern Norway visiting the centralised cancer support centre.
Methods:  In a comprehensive prospective survey, 286 visitors were invited to participate and 181 of these accepted. The characteristics of the participants, their expectations for visiting the centre, whether they wanted to meet peers or volunteers rather than clinicians and how they viewed the centre in the context of cancer care were evaluated.
Results:  Most satisfied were visitors aged less than 50 years, women and those reporting a ‘strong social network’. The majority of the visitors wanted to have better access to peers (with a similar cancer diagnosis) (89%), cancer nurses (75%) or oncologists (71%). About a third of the participants (29.8%) lived in communities with fewer than 5000 inhabitants and 59.4% in municipalities with fewer than 15 inhabitants/km2. There were no significant differences in the characteristics of the participants, or in their evaluation of the support centre, when stratified by number of inhabitants or population density in their home community.
Conclusion:  The cancer support centre was highly valued by patients and their relatives for meeting peers. The centre was most frequently visited by and most popular among women and those self-reporting strong social networks. Access to oncology doctors and nurses in this setting could be valuable. Participants living in remote areas had similar characteristics and evaluated the support centre similarly to those living in more urban areas.

Cancer is a frequently occurring disease and can be frightening for patients and their relatives, leading to important changes in daily life. Treatment regimens often stretch over weeks and months, and many patients in Norway live far from the hospital responsible for their treatment, especially in the many remote areas of Northern Norway. This means being away from home for long periods at a vulnerable time in their lives.

In general, hospital wards are busy, allowing limited time to discuss subjects other than treatment and diagnosis-related issues. Additionally, the past decade has seen a shift toward more outpatient treatment. Hence, many unaddressed questions arise after outpatient treatment, or after the end of initial treatment1,2. As a result, health authorities are increasingly focusing on supportive care and rehabilitation for cancer patients and their relatives. A report on rehabilitation for cancer patients from the Norwegian Directorate of Health points out the gap between what could be offered by the public health system and what individuals have to deal with on their own3. Peers, patient organisations and non-profit organisations play important roles in filling this gap4.

In Norway, there are few rehabilitation centres for cancer patients. However, establishing a cancer support centre, known as Vardesenter in Norwegian (hereafter abbreviated to VS) in the main hospitals in Norway is one way of addressing the needs of patients and relatives for information and support during and after treatment. These are ‘drop-in’ centres, where visitors may receive information, support and counselling, take part in activities, meet peers or just find some peace and rest. In addition to peers and volunteers, two full-time workers run the centre at the University Hospital of North Norway (UNN) on a daily basis: one cancer nurse and one assistant without healthcare education.

The concept of VS is somewhat rare internationally and there is limited knowledge of its impact, especially when located in a centralised hospital with many visitors living in remote communities.

The Northern Norway Regional Health Authority is one of four regional health authorities in Norway under the Ministry of Health providing specialised health care to the population. UNN is the only tertiary level hospital in the region and is responsible for most cancer specialist services5. The population density is 4.3 inhabitants/km25,6 – less than the average for Norway (15.4 people/km2) but quite similar to that of Canada (4.0 inhabitants/km2) and of Australia (3.1 people/km2). Most people in Norway live in small community centres (82%), but Northern Norway is the region with the highest proportion (27%) of people whose house is more than 50 m to the nearest neighbour7.

In collaboration with the Norwegian Cancer Society, a VS was established at UNN. Following a pilot study, cancer patients and relatives visiting the centre at the hospital were recruited to participate in a comprehensive prospective survey.

All statistical analyses were performed with the Statistical Package for the Social Sciences v24 (SPSS; http://www.spss.com). Associations between different variables were examined using Spearman’s rank correlation and the χ2 or Fisher’s exact test. p≤0.05 was considered as statistically significant for all analyses.

The local data protection officer at UNN approved the collection of information. The study was defined as a registration study (2014/5222-0430), so the ethical committee waived the need for written consent. 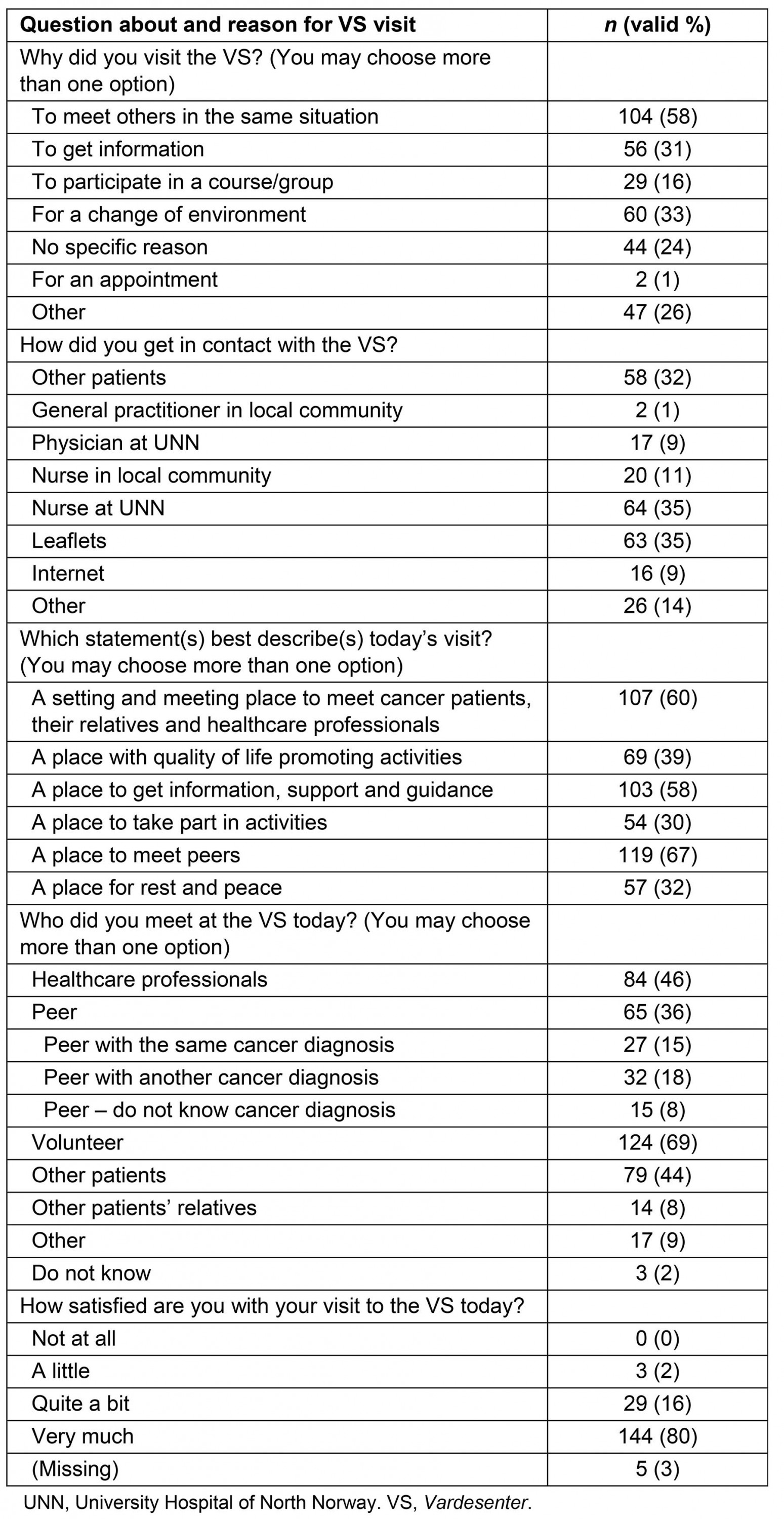 Table 3:  Type of access visitors pursue through the Vardesenter (n=181) 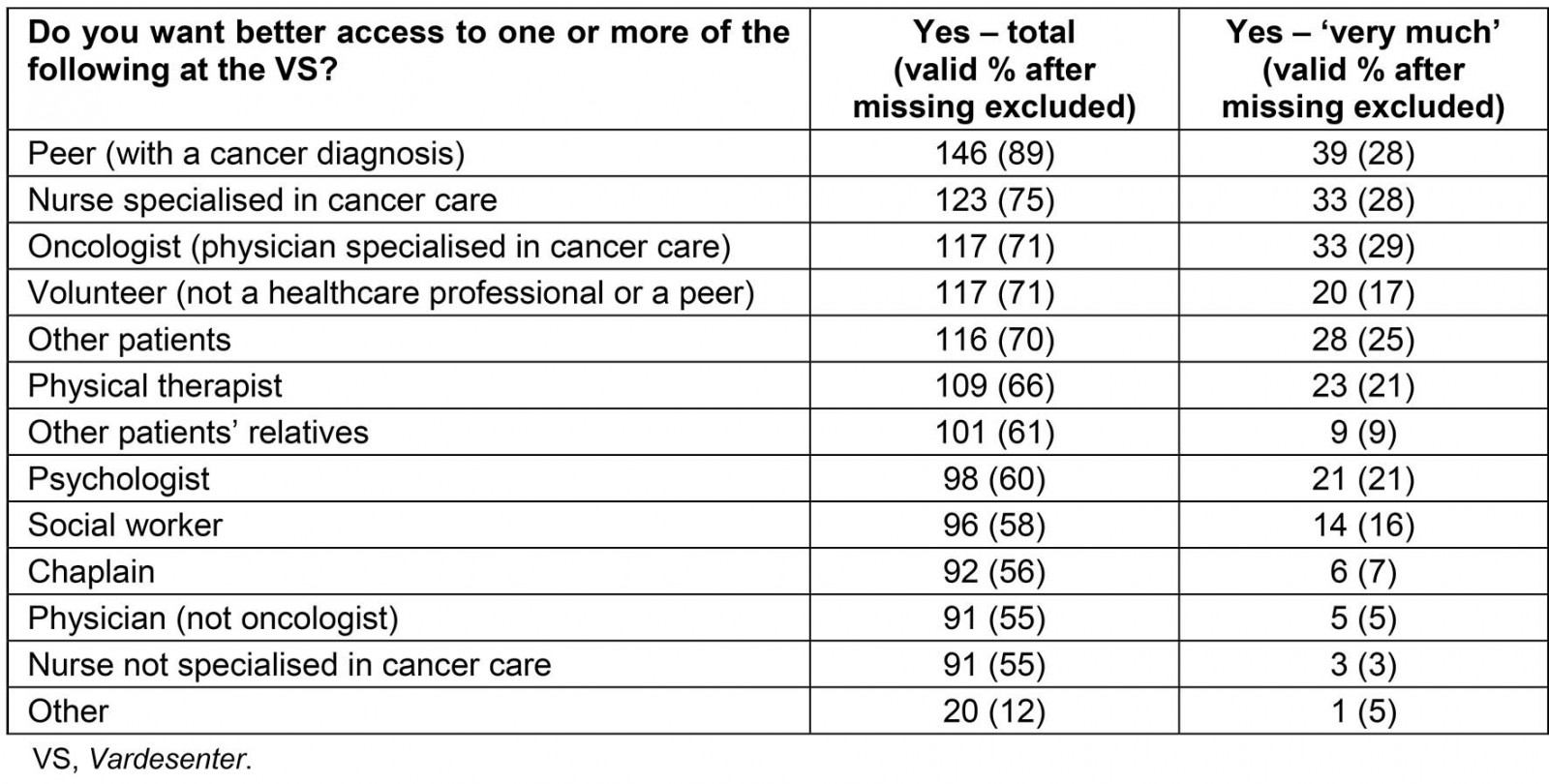 Table 4:  Patients’ and relatives’ understanding of the position and role of the Vardesenter in the total cancer care service (n=181)

Participants’ communities classified by number of inhabitants and population density

The majority of visitors to the VS were women, and breast cancer was the most frequent diagnosis. Almost half of the visitors were outpatients. ‘To meet others in the same situation’ was the most frequent reason for visiting the centre. Visitors wanted better access to peers with a cancer diagnosis, a nurse specialised in cancer care, an oncologist or volunteers. Visitors regarded the centre both as an integrated and a complementary part of the healthcare system and wanted a cancer care centre to be established in their local community. Four out of five people were very satisfied with their visit to the centre, and most satisfied were visitors aged less than 50 years, women, those reporting a ‘strong social network’, or those categorising the VS as an integrated or complementary part of the healthcare system.

One of the most striking findings was that participants living in more remote areas had similar characteristics and evaluated the support centre in a similar way to those living in more urban areas. There is evidence from an Australian study that increasing remoteness is not associated with higher distress among cancer patients; hence, emotional concerns appear to be prevalent irrespective of urban or remote location8. This also concurs with a Scottish study, where rural female breast cancer patients reported similar unmet needs to their urban counterparts9. However, in the same study the authors emphasised specific concerns among rural women related to distance from services. This is mirrored by the fact that a large majority of the visitors in the present study wanted a similar support centre in their home community.

In agreement with previous findings that men participate less in cancer rehabilitation programs than women10-12, the majority of visitors to this centre were women. Further supporting these findings, two comprehensive reviews showed that most rehabilitation programs for cancer patients addressed women with breast cancer13,14. This study does not explain why women were in the majority; however, the finding is in accordance with the results from a study by Ohlsson-Nevo et al15, showing that women were most interested in participating in rehabilitation programs. Further, Holm et al10 state that women are ‘more likely to express a need for rehabilitation; they took part more often in activities relevant for psychological and physical problems and had, to a higher extent, fulfilled their emotional needs’.

Many of the women visiting the centre were outpatients, as a result of their breast cancer diagnosis and adjuvant radiotherapy treatment. Additionally, as emphasised, this university hospital recruits patients from a vast area with remote locations. Hence, their stay in the city of Tromsø (eg at the patient hotel) may last several weeks, even though they are outpatients. Finally, the location of the centre, close to the treatment facilities, encourages drop-in visits.

Another important finding is that visitors wanted to talk to specialised cancer care providers rather than general physicians, nurses and other allied healthcare providers. A comprehensive qualitative study by Ervik et al1 reported that men with prostate cancer preferred to talk to someone with in-depth knowledge of their specific cancer type. As treatment strategies for patients with the same diagnosis may vary considerably, placing one’s own treatment/situation in the right context by talking to a specialist may be pivotal to avoid misunderstandings. This is also supported by Kinnane17 and Garmy and Jakobsson11, who emphasise the importance of employing a specialised trained nurse in addition to trained volunteers in drop-in centres.

The major strength of this study is the prospective design and the fact that both urban and most types of remote and rural communities are represented. Even though a pilot was conducted, a major limitation is that the survey has not been validated in other cohorts. Ideally, the researchers would have preferred to include a larger group of relatives, as the low number excludes the possibility to perform a solid analysis of this subgroup separately.

The VS at UNN seemed to be a much-appreciated meeting place where the visitors valued information from both healthcare providers and peers. This service is probably not well known among GPs, and efforts to improve this could encourage even more patients to visit the centre. Increased recruitment of peers representing a wide variety of tumour types with an even gender distribution may be a reasonable aim for a future study. Participants living in remote areas had similar characteristics and evaluated the VS similarly to those living in more urban areas. Peers with a cancer diagnosis and healthcare providers specialised in cancer care are probably less accessible in remote areas. However, emotional concerns appear to be prevalent irrespective of urban or remote location, which is an issue deserving of attention after visitors return to their home community.

The authors thank all study participants who took the time to complete the questionnaires and provided valuable feedback. Thanks also to the staff of the VS for distributing the questionnaires. Finally, thanks to the former local head of the Norwegian Cancer Society, Northern Region, for valuable input at the initiation of the study.

This PDF has been produced for your convenience. Always refer to the live site https://www.rrh.org.au/journal/article/6016 for the Version of Record.