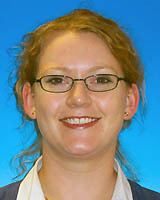 © Eleanor Parker, Lisa Jamieson 2007 A licence to publish this material has been given to ARHEN, arhen.org.au

Oral health is an important component of general health and quality of life, with dental caries impacting on a person's ability to eat, speak or socialise1. Dental caries or tooth decay is an acquired chronic infective disease process caused by the acidic by-products of bacteria inhabiting organised dental plaque or oral bio-film that, if left undisturbed, can dissolve or demineralise the enamel surfaces of the teeth. Despite marked improvements in the oral health of children in many developed countries in the last 20-30 years, evidence suggests that a small proportion of children in such nations carry the highest dental caries burden2. In Australia, Indigenous children are known to be among this disadvantaged group3.

Figure 1: Map of the study area.

Aboriginal communities in South Australia's mid-north region have identified dental health as one of their top health priorities7. In response to this, and following recommendations from the Aboriginal Health Organisation of South Australia that a regular dental service be made available to Aboriginal people in all areas8, the Pika Wiya Health Service Inc. (Pika Wiya), based in Port Augusta, together with the South Australian Dental Service (SADS), the South Australian Centre for Rural and Remote Health and the University of Adelaide School of Dentistry formed an Oral Health Program based in Pika Wiya's Port Augusta clinic, which began operating in 2001. Pika Wiya Health Service is incorporated under the Aboriginal Services Division of the Department of Human Services. Pika Wiya Health Service Inc (http://www.pikawiya.com.au) has close affiliations with the South Australian Aboriginal Health Council and is represented on the National Aboriginal Community Controlled Health Organisations board by the Chief Executive Officer. The dental service is an Aboriginal-only service. A dentist provided oral health care to adults 2 days per week, and was jointly paid by SADS and Pika Wiya. A dental therapist and dental assistant were employed to provide services to children, with the salaries of both being met by SADS. The Port Augusta School Dental Service is a public service funded by SADS. The dental therapist provided clinical services one day per week for the first year of the service, increasing to 2 days per week after demand and utilisation of the service was demonstrated. A transport service was made available to clients, transporting children and parents to and from home or school for their dental appointments and to specialist dental services, if necessary.

The purpose of this article is to compare the socio-demographic and oral health characteristics of children attending for care at the Pika Wiya Health Service Dental Clinic with those of their counterparts (Indigenous and non-Indigenous) attending the general Port Augusta School Dental Service (SDS) from 2001 to 2006. Following evidence from the literature, the hypothesis was that children attending for care at Pika Wiya would have higher levels of dental caries experience in the primary and permanent dentition than their counterparts seeking care through the general SDS.

Data were obtained from SADS, which routinely-collects socio-demographic and dental information from patients seen through their system. Examinations were conducted by SADS-employed dental professionals. Examiners were not calibrated, but received similar training and used standardised procedures.

A full enumeration of children attending for care at Pika Wiya and the Port Augusta SDS from March 2001 to March 2006 was included. When children received more than one examination during this observation period, information derived from the first examination only was examined. For children who presented at both the Pika Wiya Health Service Dental Clinic and the Port Augusta SDS (n = 32), data from the place of first contact only were included. Surface level tooth data were captured using the EXACT? treatment charting and management information system. Ethical approval for the study was obtained from the University of Adelaide (23 November 2005), the Aboriginal Health Council of South Australia (5 December 2005) and the SADS Executive Committee (8 December 2006).

The Socio-Economic Indices For Areas (SEIFA) were used to determine socio-economic status. The indices use data derived from the 2001 Census of Population and Housing, and employ a range of measures to rank areas based on their relative social and economic wellbeing9. For purposes of this report, the SEIFA Index of Disadvantage (category 2) was used. This index takes into account variables relating to income, educational attainment, unemployment and dwellings without motor vehicles. In particular it focuses on low-income earners, relatively lower educational attainment and high unemployment.

Data were analysed using SPSS 13.0 (SPSS Inc; Chicago, IL, USA) and levels of statistical significance, as per convention, were set at p<0.05. The chi-square and Fisher's exact tests were used to measure statistically significant differences between proportions, and Student's t-test when the dependent variable was continuous.

It is interesting that proportionally more children who were pre-school-aged or female attended for dental care at the Pika Wiya Health Service than the Port Augusta SDS. Staff of the Pika Wiya Oral Health Program actively promoted the service through child care centers, kindergartens, play groups and through immunisation workers. This was to encourage early enrolment in the program, thus enabling timely identification of disease and to implement the appropriate preventative and conservative treatment services. Anecdotal evidence suggests that young children would present for care or be 'recruited' in the waiting room while parents were attending Pika Wiya for other services. In contrast, proportionally less children aged ≥11 years attended for care at Pika Wiya Health Service. Reports from staff involved in the Pika Wiya service suggested that older children were more difficult to locate because of increased independence, and that they may refuse to attend for dental care despite transport being available. There is no obvious reason why more girls than boys would have attended for dental care at the Pika Wiya Dental Health Service.

Our clinical dental findings, while alarming, are supported by literature that suggest that Indigenous children - or those seeking care in Indigenous-organised health services - are more disadvantaged in terms of dental caries experience than non-Indigenous children, or those seeking care in traditional SDS settings10. There are a number of reasons why such disparities might have been observed: dietary choices11, social determinants12, access to services13 and life-course factors14. The higher prevalence of dental caries experience among children attending the Pika Wiya Dental Service indicates the need for culturally-appropriate dental service provision as part of broader oral health programs, with some children having long-standing lesions that had been left untreated for a considerable period because dental service provision was not accessed. It should be noted that Indigeneity in and of itself is not a risk factor or cause for poor oral health, being a biological and social construct only. It is hoped that through the Pika Wiya Dental Service's dedication to increasing Aboriginal child dental service provision participation rates, and health education and health promotion strategies within the local community, the proportion of untreated decay might diminish. This, in turn, would address a priority highlighted in Australia's National Oral Health Plan1.

There was a small proportion of children who accessed dental services at Pika Wiya with 'unspecified' Indigenous status. Numerous logistical constraints faced at the beginning of the dental program's inception at Pika Wiya meant that data collection and use of the computerised data base were not always maintained with a high level of rigour, meaning Indigenous status might have gone unchecked. It is reasonable to assume that children with their Indigenous status unspecified at Pika Wiya were likely to be Indigenous, however, since the Pika Wiya Health Service Dental Program had funding and services to support Aboriginal clients only. Non-Aboriginal children would not be turned away from Pika Wiya, but would be encouraged to access care through the SADS mainstream clinic. The number of non-Aboriginal children receiving dental care at the Pika Wiya Health Service over the five-year period of data collection was very few, that is less than 2%. In contrast, children with their Indigenous status not specified in the main stream SDS in Port Augusta were more than likely to be non-Indigenous.

Limitations of this study

The nature of the study was cross-sectional, thus precluding the ability to draw inferences about causal relationships. The reliance on precise recording of patient information also created opportunities for accuracy loss, for example, the omission of Indigenous status recording. This may have led, in turn, to an underestimation of the true number of Indigenous children seen. An additional cause of bias was that the observers of dental status were not calibrated. It is possible, although unlikely, that staff expected Indigenous children to have more dental problems and so were more careful to look for problems and scored them to demonstrate more problems.

Our findings have highlighted the different characteristics of children attending for dental care between two services located in the same postcode area: Pika Wiya Health Service Oral Health Program and Port Augusta School Dental Clinic. The higher levels of disease experience, untreated disease and social disadvantage of children attending Pika Wiya provides further evidence for the need to address the health inequalities of Indigenous children living in the mid-north region of South Australia. While the Pika Wiya Oral Health Program is attempting to address some of these needs, a much broader focus to address the social and health inequalities will be required to improve the oral health characteristics of this population.

This PDF has been produced for your convenience. Always refer to the live site https://www.rrh.org.au/journal/article/625 for the Version of Record.