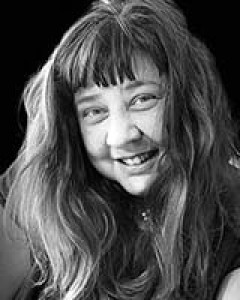 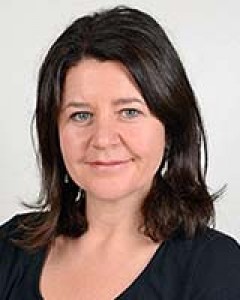 Context:  The objective of this commentary is to suggest ways in which current and future research on climate change and rural mental health can be enhanced by social geographic perspectives. As the effects of climate change escalate, the mental health of rural and remote communities will be placed at increasing risk. As such, it is imperative that academics and practitioners recognise the value of multidisciplinary approaches to tackling this issue.
Issues:  As social geographers, the authors of this commentary outline concepts from their field that they find helpful in understanding the relationship between people and places, and how these relations give rise to emotions that are responsive to environmental conditions.
Lessons learned:  Ultimately, the authors would like to prompt a re-thinking of ‘social’ as a category, which is usually confined to interpersonal interactions between humans and suggest a broadening of the concept to include both human and non-human worlds.

Australia and Scotland (where the authors of this commentary live and work) have rural populations of 29% and 17%, respectively1,2. Rural communities in these countries will be the most impacted by climate change, as well as the cities of Brisbane and Edinburgh, whose built environments will also be unduly affected by sea level rise3,4. In Australia, the regional areas of the Central Coast in New South Wales, the Sunshine Coast in Queensland, and Greater Shepparton in Victoria are set to experience the highest degrees of hardship due to predicted increases in forest fires, coastal inundation and riverine flooding3. In Scotland, warmer and wetter conditions are predicted to bring major inland and coastal flooding, increased coastal erosion, but also alternating drought conditions for rural farming communities. More generally, disruptions to natural habitats and ecologies alongside rising temperatures and unliveable heat are anticipated to bring new and related challenges to both human and non-human communities5.

Surprisingly little research has been conducted on the influence of climate change on mental health6. One notable exception is the work of Helen Berry and colleagues6,7 who, for more than a decade, have been drawing attention to the need for an overarching framework that incorporates multidisciplinary perspectives. As Berry and colleagues argue, the relationship between climate change and mental health is not a straightforward, linear one6, but rather a complex web of interactions that require a systems approach to research and intervention – from large-scale epidemiological studies to group-based community interventions. For these researchers7, the starting point for future research on climate change and mental health is an appreciation that relationships between people and their environments operate at different scales, from individual to collective and from local to global. Ironically, this purview also defines the academic discipline of human geography, of which social geography is a part8.

In this commentary, we (re-)introduce social geography to rural and remote health researchers and practitioners as we did in a commentary in this journal in 20089. While the past decade has seen the uptake of social geographic perspectives by rural mental health researchers, particularly in Australia10-12, this understandably takes time. In the context of a global climate change emergency, however, we would like to prompt a re-visiting of what social geography has to offer rural mental health at a time when thinking and doing things differently could not be more important.

What is social geography?

The origins of social geography as a subdiscipline of human geography have been traced back to the late 19th century. According to the International Encyclopedia of Geography, social geography 'focusses on the relationship between society and space, with particular emphasis on issues related to social identity, nature, relevance, and justice'13. Throughout most of the 20th century, social geography was concerned with cultures of inclusion and exclusion; that is, how societies were spatially distributed in ways that meant that some groups were advantaged while others were marginalised. Of special interest were issues of gender and sexuality, class, race and racialisation, the geographical displacement of migrants and refugees, and disability (including mental illness)13. In terms of rural mental health, social geographers have argued that characteristics of rural communities – such as a culture of self-reliance, a lack of anonymity, rural gossip, and social proximity in general – create barriers to help-seeking and care for people with mental health problems living in these areas14,15.

Social geography has developed over time to take up new perspectives and explore new challenges. One of these is identity. As a concept, social geographers now regard identity not as predetermined or fixed but instead something that continually evolves over time through interactions with the environment13. This has developed into an area within the discipline known as ‘more-than-human’ or ‘hybrid’ geography in which the term ‘social’ is understood to comprise not just human but also non-human entities. As such, the natural world is not ‘out there’ to meet human needs. As humans, we affect the world at the same time that the world affects us in mutually dependent but also mutually constitutive ways. We are ‘of the world’ and so our thoughts, feelings, and behaviour simultaneously affect and are affected by what happens in the world. This concept is of particular relevance to climate change as a consequence of the Anthropocene16 but is also useful in understanding the relationship between climate change and mental health.

Over the past decade, a new literature of human emotion has emerged from interdisciplinary engagements across the sciences and the humanities17, including collaborations between human geographers and neuroscientists18. These collaborations challenge two enduring misconceptions: first, that emotions are primarily internal, private experiences19 and, second, that neuroscience is a study of the brain in isolation from the rest of the body20. In both cases, there has been an increasing appreciation across several academic disciplines that as ‘feeling bodies’ we are responsive to the social, cultural, political and ecological circumstances within which we live and operate. In other words, our mental health – in fact, our health in general – is co-dependent on the health of the natural environment21. As such, chronic impacts on the environment due to climate change are thought to give rise to specific earth-related emotions22.

In what they describe as ‘psychoterratic geographies’, eco-philosopher Glenn Albrecht in collaboration with human geographers Phil McManus and Raewyn Graham investigated the negative psychological effects of ongoing environmental damage to the Hunter Valley region of New South Wales in Australia23. What they ascertained through a formal impact assessment process is that people living in this area were suffering from a kind of trauma related to the chronic deterioration of their natural environment. Experienced as desolation or melancholia, Albrecht refers to this syndrome as solastalgia and argues that it is a similar feeling to nostalgia (or homesickness) but is instead emplaced – an experience of the loss of a place while still living in that place. This is different from, but related to, the concept of ecoanxiety – a sense of impending disaster or doom in relation to the natural world. Both solastalgia and ecoanxiety have been recently recognised and adopted by the American Psychological Association24.

Just as collaborations between academic disciplines have helped develop a vocabulary of earth-related emotions, so too have they worked towards a better understanding of psychological wellbeing in relation to climate change. One concept that has proved useful in this regard is ecocultural identity. Scholars in this area created the concept to challenge the Western idea of identity as something that is possessed by a person. Ecocultural identity is not an object but an overarching relation that considers the human ‘self’ to be always connected to the ‘more-than-human’ world25. As with all identities, ecocultural identity can be positive or negative. The fostering of a positive ecocultural identity, however, has the potential to counteract solastalgia and ecoanxiety by increasing an individual’s sense of social responsibility in relation to the earth and thereby their sense of agency in the context of a changing climate.

The emphasis above brings us back to the distinctive contribution of social geography perspectives on rural climate change. ‘Climate change’ is itself a geographically variegated phenomenon which is differentially understood and experienced by diverse groups of people across a range of places and spaces26. Thinking relationally, and with geographical difference in mind, can help us understand climate change and mental health as an evolving and not determined association, which manifests in particular ways in the lives and bodies of rural dwellers. Understanding more about how varied rural environments and human communities manifest climate relations in terms of their ‘solastalgic’ geographical imaginations and eco-identifications could, therefore, inform new interdisciplinary research agendas in rural and remote health.

The hallmark of geographical thinking is that, as humans, we are not separate from the world but embedded relationally within it. Understandings of ‘the social’ that limit this to a category of solely human interaction perpetuate the false dichotomy between humans and nature that underpins the climate crisis. We would like to suggest that in order to fully apprehend and address the impact of climate change on the mental health of rural communities, we need to extend what ‘social’ means. Society is a collective co-existence not just between humans but also between humans and the rest of the natural world. While climate change can and will affect the mental health of rural communities, positive ecocultural identity may well prove to be an important protective factor. As social geographers, we urge rural mental health researchers and practitioners to recognise how both human mental health and climate change are relational states. We suggest that a climate change agenda in rural mental health scholarship might seek to interrogate our geographically differentiated psychoterratic futures, particularly with a view to identifying and cultivating empowering connections between people, nature and place.

This PDF has been produced for your convenience. Always refer to the live site https://www.rrh.org.au/journal/article/6337 for the Version of Record.