How do we define 'rurality' in the teaching on medical demography? 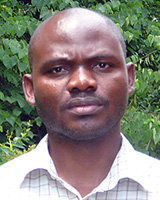 Context: There is growing interest worldwide in the teaching of rural and community medicine to medical students. Medical teachers have a responsibility to introduce their students to different health experiences, in both urban and rural environments. The definition of a rural area can be problematic.

Issue: There is no one universal definition of a rural area. This makes comparisons of data from differently defined areas problematic. Definitions of a rural area have been based on population size, access to health care, occupation and other socioeconomic variables, and political proclamations.

The writing of this paper was motivated when, in 2000, the then Head of the Department of Community Health at the College of Medicine, University of Malawi, the late Professor Godfrey Ssembatya-Lule asked me to teach medical demography. Until that time, medical demography had not been taught as a coherent subject area at our medical school. The importance of that omission, however, was clear to the school's medical faculty where the teaching of community and public health consumes 25% of student-faculty contact. Community health is taught in all years of the medical curriculum. While gathering teaching materials, it soon became clear to me that there was no single definition of the term 'rural'.

It also became clear that there was no definition of a rural area in Malawi; and yet much of the epidemiological data were described in terms of rural versus urban distribution. In the absence of any local publication reporting a local definition of 'rural' I contacted the National Statistical Office, the government agency that conducts census surveys. Dis-aggregation of data into rural versus urban by the National Statistical Office is usual. I was informed that an urban area (as distinguished from rural) was as designated by the Office of the President and Cabinet. Everything else was rural. There were no explicit criteria.

In this opinion article, I will present some definitions of 'rurality' that are used by researchers, the consequences of their definitions, and I will suggest some potential solutions to be considered with regard to differences in definition in the medical literature.

In the past several years interest has grown in rural health issues and rural medicine. Reported issues of interest include the acknowledgement that in general and compared to urban communities, rural communities have limited access to health care, suffer more preventable morbidity and mortality and have lower numbers and diversity in specialty of health professionals per population. This is in part explained by health professionals failing to choose rural communities as their preferred work locations1,2. Of interest to medical education is the almost consistent finding that students from rural backgrounds are more likely to choose to work in rural environments than their urban counterparts3. Some medical schools have undergraduate rural placements aimed at sensitizing students to the problems and rewards of medical practice in rural areas4,5. Rural medical placements have also been provided during postgraduate training6. At the Malawi medical school, the community-health teaching mandates that students live in a rural household for approximately one week so they 'learn' what it is like to be a rural dweller7-9.

It is important to note that rural residents are not universally disadvantaged. Agyemang10 and Agyemang et al.11 compared the prevalence of hypertension in urban and rural residents in Ghana and found a lower prevalence in rural areas. Jennings et al. reported that the likelihood of bystander cardiopulmonary resuscitation was much higher in rural Victoria, Australia, than in urban areas12.

Polasek and Kolcic reported differences in academic performance between urban- and rural-origin medical students13. They reported that students from a rural background were less likely to be involved in research and more likely to fail examinations, compared with their urban counterparts. The existence of such differences calls for interventions that will enable rural-origin students meet the standards of their urban counterparts. Some studies have reported that exposure to rural experience, rather than being of rural background, is critical in influencing future choice of rural practice14. However, the South African study of de Vries and Reid reported that rural-origin medical students are more likely to practice in rural settings than urban-origin students15. In general, more medical graduates choose to work in urban areas16.

Challenges of comparability of research

Despite an increasing interest in and understanding of issues affecting rural communities, there is no consensus on the definition of what constitutes a rural area. When rural-urban definitions differ in research there is the potential for reduced comparability.

Limitations of the available definitions

As already stated, there are a myriad of definitions of the term 'rural'. Definitions may differ according to what motivates the classification. The Canadian Medical Association Advisory Panel on the Provision of Medical Services in Under-serviced Regions defined rural communities as those with a population not exceeding 10 000 inhabitants17. A definition used in the USA is that rural areas are those counties not included in Metropolitan Statistical areas, as defined by the Office of Management and Budget18. The US Office of Management and Budget is the White House budget department. Other factors used in the definition of a rural area have included the common nature of employment (usually farming), income levels, government structures and the degree of isolation.

Magee proposed a rurality index based on the skills present within a community and the availability of health services19. The index is formulated to apply to communities with not more than 20 family physicians. Each medical doctor is awarded scores based on their training and skills. A doctor who is licensed scores 2; a GP who performs Caesarean sections or surgery or performs anesthesia scores 5 for each, and specialist surgeons and obstetricians and gynecologists score 10.

A comparable rurality index, the General Practice Rural Index (GPRI) of Canada has been reported by Leduc20. This index scores the following aspects: remoteness from the closest advanced referral center; remoteness from the closest basic referral centers; drawing population; number of GPs, number of specialists; and presence of an acute care hospital. Both Magee's procedural rurality index and the GPRI have limitations because they are specific to health-services delivery. Researchers in other disciplines may, therefore, not use the same indexes, confounding cross-discipline research comparisons.

In addition, the indexes are context-specific and so may not be useful in Africa where many of the indexed services are performed by non-doctors, and even the most basic services are limited at major tertiary hospital centers21. In Malawi, for example, most of the Caesarean sections, general and orthopedic surgery, and anesthesia is provided by clinical officers22-24. An appropriate modification of Magee's rurality index may have to be used.

Some researchers have also introduced concepts of 'frontier', 'remote' and 'mixed urban-rural' to distinguish sparsely populated rural areas from those that have more inhabitants. The Oregon system for classification of counties25 has the following definitions:

Even within Oregon State, another categorization scheme presented by Crandall and Weber is in use26. It identifies the following categories:

The US National Rural Health Association, however, defines frontier counties as counties with less than six persons per square mile26,27.

Classification of a rural area can also be based on the availability and accessibility of health services and health practitioners. The Rural Committee of the Canadian Association of Emergency Physicians defined 'rural remote' as rural communities that are 80-400 km, or approximately 1 to 4 hours' travel time in good weather, from a major regional hospital28. Obviously this definition does not state at what speed one is traveling and the nature of the road and terrain. However, the definition aims to identify people who are at risk of adverse medical outcome due to delay in seeking care in the event of an emergency, that is the main consideration is to identify people who may be harmed as a result of delays in accessing care. The mode of travel is also assumed.

In contrast, 'rural isolated' is defined as rural communities that are more than 400 km from a major regional hospital29. This definition probably serves the interests of emergency services but cannot be used universally. A simple limitation of this definition is that not all countries are sized up to 400 km.

The Ontario Ministry of Health and the Ontario Medical Association (Canada) define communities of less than 10 000 people and at least 80 km from an urban centre with 50 000 population or more as 'specified' or 'isolated' communities29. Statistics Canada, however, classifies areas into five categories: urban core, urban fringe, rural fringe, urban outside and rural30. An OECD definition also used in Canada defines a 'rural community as a community with less than 150 persons per square kilometer31.

The aspect of being 'isolated' from major urban centers is inherent in many definitions of a rural area. D'Plesse, however, has suggested a modification in such thinking as the communication separation between communities has been reduced with technological advancements32.

Weinert and Boik have designed the Montana State University Rural Index, the values of which range from negative to positive and are calculated according to two variables: the population of inhabitants in the county and the distance to emergency care. A negative score denotes an urban category, a positive score reflects the degree of rurality with higher values implying higher rurality. A zero denotes average rurality33.

In conducting health research in Malawi, rural areas are defined as the areas outside of district headquarters, designated town centers and the municipality of Zomba and the three cities (Blantyre, Lilongwe and Mzuzu). An important aspect inherent in this categorization is that rural areas, like urban areas, are not homogenous. Our categorization in a sense agrees with Couper when he suggested that 'rurality' is like beauty, which is in the eye of the beholder'34.

Various definitions of the terms 'urban', 'remote' and 'rural' are in use in the medical literature. In most instances the authors assume readers have specific knowledge of what is being referred to in their definition of rural and remote areas. Comparing rural with urban across different countries is potentially problematic as area designation can vary from country to country, but also within countries, based on the motivations for the definitions. There is a need for authors to explicitly report the definition of a rural area used in their research.

In the presentation of data, researchers may also elect to present their findings based on more than one categorization of rurality. For instance, data presentation may be based on one designation of an area as rural and compared with a presentation using other criteria.

Even when a formal definition of rurality cannot be used, the following possible characteristics may alert the reader to the 'depth' or context of the situation: (i) population size; (ii) availability of basic amenities; (iii) main economic activity in the area; and (iv) common public health problems.

In teaching medical students, alert the students to the existence of multiple definitions and that it is unlikely consensus will be reached at a global scale. However, the diversity of definitions ought to be given due recognition.

Adamson S Muula is supported by the AIDS International Training and Research Program Grant from the Fogarty International Center, National Institutes of Health, United States, to the University of North Carolina at Chapel Hill. The author declares no conflict of interest.

8. Muula AS, Broadhead RL. The first decade of the Malawi College of Medicine: a critical appraisal. Tropical Medicine and International Health 2001; 6: 155-159.

9. Dahlenburg GW. Letter from Malawi: the first year of the College of Medicine of the University of Malawi. Tropical Doctor 1993; 23: 4-6

24. Muula AS, Broadhead RL. The first decade of the Malawi College of Medicine: a critical appraisal. Tropical Medicine and International Health 2001; 6: 155-159.

This PDF has been produced for your convenience. Always refer to the live site https://www.rrh.org.au/journal/article/653 for the Version of Record.