Regular doctor, changing doctor, no doctor: does it make a difference to rural residents? 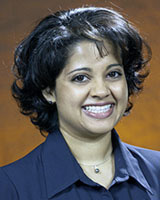 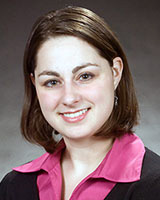 © Maria Mathews, Amanda D Park 2007 A licence to publish this material has been given to ARHEN, arhen.org.au

A number of factors contribute to high physician turnover rates in Newfoundland and Labrador. Many physicians leave for higher pay in other parts of Canada and the USA. The average retention rate among newly licensed family physicians is 25 months10. Moreover, provisional licensing policies allow international medical graduates (IMG) to work in the province while completing requirements for full licensure. International medical graduates make up a large proportion (44.5%) of family physicians in the province4, and provisionally licensed IMG work an average of 22 months before leaving the province, 7 months after qualifying for a full license.

With the approval of the Human Investigations Committee (Memorial University of Newfoundland) we examined data from the 1995 Newfoundland Panel on Health and Medical Care and the 2001 Adult Health Survey14,15. Both surveys gathered data on the self-assessed health status of adult residents in Newfoundland using many of the same questions, thus allowing for comparisons to be made between the samples on a number of variables. Both telephone surveys randomly sampled house households on the island of Newfoundland and selected adults 19 years and older to interview. The 1995 survey interviewed all adults from selected households, while the 2001 survey randomly selected one individual from each household to interview. Both surveys included the non-institutionalized population who both owned a telephone and were covered by the provincial health insurance plan. They excluded members of the armed forces, the Royal Canadian Mounted Police, students with parental homes elsewhere in the province, as well as foreign and out-of-province students.

Both surveys included identical questions to determine whether respondents had a regular doctor, to which respondents could answer 'yes', 'no' or 'visit same healthcare facility but doctor changes'. We considered socio-demographic status, health status, lifestyle, preventative care, and health system variables. Socio-demographic variables were: age, sex, marital status, income, employment, and education level. Marital status was coded into partnered (married or common law) or not partnered (single, separated, divorced, or widowed). Health-status variables included self-reported health status, number of chronic conditions, permanent disability, the number of restrictions to activities of daily living (ADL). Lifestyle variables were lifestyle exercise and healthy weight. Healthy weight was based on body mass index (BMI) calculated from self-reported height and weight. Unhealthy weight included BMI under 20 and over 25. Less than 1% of the sample was underweight. Preventative care variables were Papanicolaou (Pap) test and annual blood pressure check, while health system variables were satisfaction with the healthcare system and unmet need.

The 1995 and 2001 data were coded into identical response categories; however, this was not possible for all variables because the survey questions and/or response categories were different. For example, we were unable to re-code income into identical categories. Likewise, in 1995, the survey asked women whether they had a Pap smear in the previous 2 years, while the 2001 survey asked about Pap smears in the previous 3 years. Although education, health status and health system satisfaction were coded in similar categories, the original questions were dissimilar. For example, the 1995 health status and health system question used a four-point Likert scale, while the 2001 survey used a five-point Likert scale. Sensitivity analyses were conducted to ensure that re-coding of the data, as well as missing values, did not change the overall results.

We examined residents of rural communities. "Rural" was defined as a community with 10 000 or less population. Using SPSS v 12.0, frequencies were used to describe the 1995 and 2001 samples. For each year, χ2 tests were used to compare individuals who had a regular doctor and those whose doctors changed, and to compare individuals without a regular doctor and those whose doctors changed for each of the socio-demographic, health status, health behaviour, preventative care and health system variables. Multiple logistic regression was used to assess the impact of having a changing doctor on each of the health status, health behaviour, preventative care and health-system variables. The regressions controlled for socio-demographic variables. The independent, or comparator, variable of interest in the regressions was 'had regular physician'; specifically, those whose doctor changed and those who did not have a regular doctor were compared with residents with a regular doctor.

In 1995, compared to those with a regular doctor, a significantly larger proportion of respondents whose doctor changed were male, under 40 years of age, not partnered, had income between $20 000 and $39 999, and were employed for pay (Table 3). A larger proportion of respondents whose doctor changed had no chronic conditions, no permanent disability, no ADL restrictions, were active, had not had their blood pressure checked, and were dissatisfied with health care compared with those with a regular doctor. There was no significant differences in terms of education, health status and BMI, having a Pap test or having unmet need. In 2001, there were no statistically significant differences between those who had a regular doctor and those who doctor changed (Table 4).

Table 3: Comparison of respondents whose doctors change to those with regular doctors and no doctors, 1995

Table 4: Comparison of respondents whose doctors change to those with regular doctors and no doctors, 2001

Health behaviours, specifically being physically active and maintaining a healthy weight, were not related to having a regular physician in either 1995 or 2001. Newfoundland and Labrador has the highest proportion of overweight and obese residents among Canadian provinces, and among the highest incidence of obesity related chronic illnesses such as diabetes and cardiovascular disease17. This study suggests that access to a regular physician in itself does not lead to improved lifestyle, but rather community-based, multidisciplinary initiatives are needed to address this local health priority18.

Similarly to other studies in Canada that examined having a regular source of care12,13, residents without a regular doctor in 1995 were less likely to have their blood pressure checked or to have had a Pap smear. However, in 2001, there was no relationship between having a regular doctor and receiving preventative care. We believe that this finding is likely to be a result of greater access to these services from non-physician providers. For example, by 2001, as part of an organized cervical screening program, public and community health nurses were providing Pap tests. Between 1995 and 2001, a greater number of pharmacies were offering automated blood pressure testing. The overall increase in both these preventive services is likely to have resulted from increased access to these services in general, particularly since the surveys did not specifically ask whether these services were provided by a physician.

Having a regular physician was not related to having unmet need. This is in part because in Canada's publicly insured healthcare system, residents may access health care regardless of whether they have a regular provider. Patients are also able to seek care from other sources, such as emergency departments, if their physician is not available.

This study used secondary data from two population-based telephone surveys. Although the survey methods share many similarities, there are a number of notable differences. The questions and response categories for the independent variable, having a regular doctor, was identical in both surveys. However, there were slight differences in either the wording of the questions or the response categories in 14 of the 23 variables considered in the study. Moreover, the 1995 surveys included all members of a household in its sample, while the 2001 survey included only one randomly selected adult in its sample, specifically the adult who last had a birthday. The design effect of the 1995 survey is small15 and unlikely to account for the findings. Moreover, our results are consistent with other recent, national studies which found that more Newfoundlanders have a regular doctor3,19. It is unlikely, therefore, that the differences we report between 1995 and 2001 are solely the result of differences in sampling strategies.

The authors would like acknowledge that Maria Mathews holds a New Investigator Award from the Canadian Institutes of Health Research (Regional Partnership Program). Amanda Park held a Masters fellowship from the Canadian Institutes of Health Research /Canadian Health Services Research Foundation funded Atlantic Regional Training Centre. The Newfoundland Panel on Health and Medical Care was funded by the National Health Research Development Program and the Newfoundland and Labrador Department of Health and Community Services. The 2001 Adult Health Survey was funded by Newfoundland and Labrador Statistics Agency.

21. Decima Research. How many wait too long for health care? (Online) 2006. Available: http://www.decima.com/en/pdf/news_releases/060825E.pdf (Accessed 12 September 2006).
This PDF has been produced for your convenience. Always refer to the live site https://www.rrh.org.au/journal/article/674 for the Version of Record.