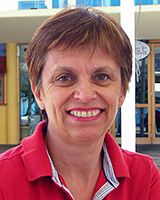 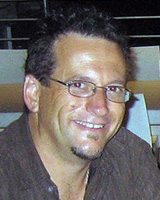 © Wendy Brodribb, Claire Jackson, Tony Fallon, Desley Hegney 2007 A licence to publish this material has been given to ARHEN, arhen.org.au

Most doctors believe they have a major role to play in promoting breastfeeding1-3 and consider worthwhile taking time to assist women to continue to breastfeed4. However, several studies have identified significant breastfeeding knowledge deficits among doctors1,5,6, and a lack of formal breastfeeding education at both the medical school and post-graduate level.3,7,8

While it appears that a doctor's perceived breastfeeding attitudes and confidence are affected by both their gender and personal experience, there has been no previous qualitative research investigating these issues, nor has there been research carried out in an Australian setting. Additionally, the views of doctors working in rural and regional areas are of particular interest. Findings from previous studies conducted in the USA and Australia suggest that breastfeeding rates for women who live in rural and remote areas are lower than those for mothers living in urban areas14-16. Data from a recent study in Southern Queensland indicated that women living in rural and remote areas rather than a provincial city were: less likely to obtain breastfeeding information prior to or during pregnancy; more than twice as likely to think that 'formula is as good as breastmilk'; and more likely to introduce solids to their infant before 3 months of age17. Breastfeeding support services, such as lactation consultants and breastfeeding support groups, were significantly less available for women living in rural and remote areas, with doctors, child health nurses and pharmacy staff being the most commonly available resources. At both 3 and 6 months, mothers were more likely to have seen their doctor than any other breastfeeding support person or group17. Consequently, doctors in rural and regional areas may be expected to provide a greater degree of assistance and support for breastfeeding women than their counterparts in metropolitan areas.

This article reports some of the results of a qualitative descriptive study18 of eight GP registrars living in rural and regional areas in southern Queensland, Australia. An interview was conducted with each registrar and information obtained included the participants' perceptions of the effect their gender and personal breastfeeding experience had on their ability to assist breastfeeding women. This forms part of a larger mixed method study19 investigating the breastfeeding knowledge and skills of Australian GP registrars. Qualitative data collected from these interviews will inform the development of a questionnaire designed to ascertain the registrars' perceived breastfeeding attitudes and knowledge. Results from the qualitative and quantitative arms will be used to develop a tailored breastfeeding educational resource.

Eight GP registrars practising within 250 km of Toowoomba, Queensland, Australia were purposively recruited to participate in the study. This geographic distribution ensured that the majority of participants came from rural or regional areas. The participants were then chosen for diversity in demographics and experiences. Two dichotomous variables, gender (male or female) and breastfeeding experience (self or spouse had breastfed/had not breastfed) were used in the sampling frame as previous quantitative research suggested an effect of gender and personal experience on doctors breastfeeding attitudes and confidence1,7,12. Participants with a range of ages were also identified with half being less than 34 years of age, the average age of GP registrars in Australia in 200520. While this sample is not statistically representative, the aim was to obtain a wide range of views, ideas and opinions of GP registrars18,21. By doing so the transferability of the results to similar groups is increased22.

Ethics approval was obtained from the Behavioural and Social Sciences Ethical Review Committee, University of Queensland, Australia (clearance no 2005000456).

Information regarding the study was sent to GP registrars in southern Queensland enrolled with the Rural and Regional Queensland Consortium, a provider of general practice training based in Toowoomba, and to other eligible registrars through the personal contacts of the researcher. Registrars interested in participating in the study were asked to contact the researcher and were recruited to participate if their socio-demographic profile filled positions on the selection matrix (Fig1). Interested registrars whose socio-demographic profiles were the same as registrars already participating in the study were not recruited. The participants were sent participant information sheets and mutually convenient times and places for an interview were arranged. All participants provided written consent at interview. The interviews, ranging in length from 21-36 min (mean = 28 min) were conducted between October 2005 and April 2006. They were recorded and transcribed with the transcripts being returned to the participants to verify accuracy before analysis began. Content analysis of each interview was undertaken by the researcher to identify emergent themes both within and among interviews. These results were then reviewed by two experienced qualitative researchers and changes were made until all parties were satisfied that the outcomes accurately reflected the content of the interviews. As this was a descriptive study18, no interpretation of the data was undertaken.

The influence of gender


Certainly there are things that are regarded as women's business and actually intervening or even attempting to show an interest in some of those areas is discouraged, either passively or actively. [There]...isn't a lot of formal instruction in how to apply baby to the breast as a medical practitioner or particularly as a male practitioner. [Male, non-parent]


I don't know how the men would help - or how male doctors could cope, really...Unless they've got wives who've had problems... [Female, parent]

These views led to the idea that the information female GPs gave was more likely to be trusted by mothers, even if their male counterpart was more knowledgeable and had had more experience.


... a female GP, she will be more believed by the patient, from her experience or her medical opinion will be more acceptable to a mum ... than a male GP. [Male, parent]

The perceived differences in breastfeeding knowledge between males and females reinforced the view that breastfeeding women would select a female practitioner within a general practice.


We're advantaged by having a female practitioner in the practice and there's a big trend I think nowadays to select towards the females. [Male, non-parent]

Some male participants believed that they needed minimal breastfeeding knowledge because they were unlikely to see breastfeeding women and were not the most appropriate people to assist or advise about breastfeeding.


I think it is valuable to encourage people, mums, to keep breastfeeding their babies, but I guess at this present moment in time whether I would be the most appropriate person to provide that instruction is the question that I would be asking. [Male, non-parent]

The influence of personal experience


The most knowledge that I have is from my own experience. If it hadn't been for that I would know diddly squat really. [Female, parent]

Practical suggestions and clinical skills to help breastfeeding women were often neglected during the medical program and it was in these aspects where personal experience was thought to be especially useful.


I had the training more as theory but not as a practical and I have been trained as such on ... what the best technique and how you hold a baby and sort of latching ... That's come from personal experience later on in life. [Male, parent]

These participants also felt more confident discussing breastfeeding with women because they 'knew what they were talking about', could relate to problems the mothers might encounter and offer advice from their own experience.


I feel quite comfortable talking about breastfeeding only because I've breastfed myself. [Female, parent]

Participants who did not have children thought they were at a significant disadvantage to becoming more skilled and confident assisting breastfeeding women.


I guess not having had children myself or involvement there or practical experience in actually physically placing a baby on the breast... [Male, non-parent]

Additionally, there was concern that the information they gave was not reliable or valid because of their lack of personal experience.


I found it almost hypocritical in a way to try and explain things because I haven't breastfeed myself and ... I don't know that experience. [Female, non-parent]

They thought that having children of their own would improve their ability to manage breastfeeding problems.


Once I've had kids I'm sure I will be a lot more confident at dealing with not only breastfeeding and pregnancy, but also newborns and very young children which I don't feel confident at the moment. [Female, non-parent]

One participant was pregnant for the first time. Breastfeeding had become a much more important and personal issue. She found advice from others and reading lay books about breastfeeding and birth very informative and useful.


... [my increase in knowledge is] because of my own situation being pregnant myself. I've been reading about it myself and getting a lot of advice from people as you do when you're first pregnant. [Female, non-parent]

By using purposive sampling to recruit participants who had different experiences with breastfeeding and thus provided diversity in the study population, one would expect to obtain a broad variety of responses. The fact that all participants independently broached the subject of gender and personal experience during the interviews underscores its importance for these registrars and increases the transferability of these finding to other groups.

The participants in the present study found that personal experience with breastfeeding (either having breastfed themselves, or their spouse having breastfed) contributed substantially to their knowledge. This personal experience enabled them to feel confident and informed when discussing breastfeeding with women. In particular they found that practical aspects of breastfeeding, often not adequately covered in educational activities, provided a valuable insight into the concerns of breastfeeding women. The findings in this study are similar to finding in previous studies where doctors who were the parents of a child who was breastfed were more knowledgeable about breastfeeding1,6 and felt more confident counselling women with breastfeeding difficulties1. The role of gender and personal experience is less clear with one study suggesting that doctors who were mothers tended to have higher knowledge and confidence scores than doctors who were fathers12. In contrast, another study of general practice and paediatric trainees found no difference in knowledge or confidence between mothers and fathers6.

Nulliparous female participants felt that the information they gave mothers did not have the same authenticity as information provided by doctors who had breastfed. Similar sentiments expressed by other participants reflected the need to experience a situation before having sufficient knowledge and understanding to be able to help women. Dillaway and Douma26 also found that both paediatricians and nurses thought not having personal breastfeeding experience inhibited their ability to adequately assist breastfeeding women.

Limitations to the study

There are a number of limitations to this study. There were no participants who had had negative personal breastfeeding experiences and these may have affected their views on the influence of gender and experiences on breastfeeding assistance. The findings of qualitative research are not representative of the whole population, so the views of this group of registrars may not be representative of the views of GP registrars in general, or of practising GPs. However, using a purposive sampling frame based on previous research increases the transferability of the results, and this is supported by congruence between some of this study's findings and those from large international quantitative studies.

The data from the results presented here will be used to design items to further elucidate the influence of gender and personal experience in a questionnaire investigating the attitudes and knowledge of GP registrars. Using triangulation of data, the interview results and results of the questionnaire will inform the development of a breastfeeding educational resource for GP registrars.

3. Finneran B, Murphy K. Breast is best for GPs - or is it? Breastfeeding attitudes and practice of general practitioners in the Mid-West of Ireland. Irish Medical Journal 2004; 97: 268-270.

26. Dillaway HE, Douma ME. Are pediatric offices "supportive" of breastfeeding? Discrepancies between mothers' and healthcare professionals' reports. Clinical Pediatrics 2004; 43: 417-430.

This PDF has been produced for your convenience. Always refer to the live site https://www.rrh.org.au/journal/article/737 for the Version of Record.