Health behaviors and weight status among urban and rural children 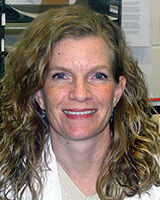 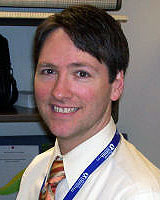 The prevalence of overweight among children in the USA has increased rapidly over the past several years1 to the point that it is now being termed a public health epidemic2. Recent data indicate that 10-25% of children under the age of 18 years are overweight or at risk for overweight3. Children who are overweight are likely to maintain their weight status and become adults who are obese4,5. However, even if they lose weight and become adults of normal weight status, these individuals are likely to have significant health concerns in adulthood secondary to their childhood overweight status including heart disease, lipid abnormalities, hypertension, diabetes mellitus, sleep apnea, infertility, gall bladder disease, and some cancers6,7. Data also indicate that overweight is a problem for children of all ages, from 4 years of age through adolescence, and is a significant problem for both males and females8.

In the one previously mentioned study that does directly compare urban and rural children's rates of overweight, the authors found that overweight was more prevalent in rural children (29.5%) than in urban children (21.7%)13. However, the authors did not assess differences in health behaviors, which may explain these differences. Becoming aware of differences in health habits among urban and rural children is imperative for the development of empirically supported interventions to specifically target weight loss or weight management among these two different groups of children16.

The purpose of the current project was to assess health behaviors (eg eating habits and physical activity habits) and weight status among school-age children in urban and rural areas.

All fifth-grade students in four public schools (N = 525; urban: n = 404, rural: n = 121) were invited to participate in the current project; two of the schools were in urban areas and two were in rural areas, as defined by the US Census Bureau 2000 criteria (http://www.census.gov/geo/www/ua/ua_2k.html)17. Schools were chosen based upon their location (rural versus urban) and the availability of a telemedicine connection.

Recruitment flyers were sent home to the parents of all fifth-grade children in the four participating schools. One week following flyer disbursement, families who indicated interest in the study were called by research personnel to discuss questions and consent procedures. Consent forms were signed and sent back to the school nurse to collect and mail back to researchers. Simultaneously, school nurses were trained via telemedicine in data collection procedures, including how to take height and weight properly and how to administer all other measures. This study was approved by the University of Kansas Medical Center Institutional Review Board.

Once signed consent forms were received, the home-based measures were sent home with the children for parents and children to complete together. Approximately 2 weeks later, school nurses invited each child to their office during a non-academic class period to gather school-based measures. At the same time, nurses collected and reviewed the home-based measures brought in by the children for accuracy and completeness. If necessary, parents were called at this time to provide additional information. All measures were then mailed to researchers for data collection and storage. Scales and stadiometers were checked for accuracy on a monthly basis throughout the study and calibrated if necessary. Dietary data were analyzed using the Nutrition Data System for Research software v 2005 (University of Minnesota; Minneapolis, MN, USA), which yielded the amount of calorie intake, the percent of calories from fat, the vitamin and mineral composition of foods as well as the timing of meals and meal location. Families were paid $15 for their participation.

Three-day food record: Parents kept a three-day food record of the food and beverage items their child consumed for three consecutive days (two weekdays and one weekend day) on a booklet form provided by researchers. Parents were instructed in how to properly keep this record via an instructional handout, and were encouraged to complete missing information with the help of their child, especially for school lunches and other meals eaten away from the parent. Three-day food records have been shown to be representative of dietary intake over a seven-day period18,19.

Metabolic equivalent task: Information provided by families on the PAR allowed for calculation of metabolic equivalent tasks (METs) per day for each participant. A single MET is defined as 'the energy expenditure for sitting quietly'; therefore, 'a 2-MET activity requires two times the metabolic energy expenditure of sitting quietly'21. In this study, the frequency of each activity was multiplied by the corresponding MET value taken from an existing coding scheme for classifying physical activity rates of energy expenditure21. The MET values used in this study were based on adult norms because MET values specifically for children have not yet been established.

Twenty-four hour dietary recall: Children were interviewed by school nurses regarding their eating habits for the past 24 hours using the 24 hour dietary recall. Nurses were trained in proper administration of a 24 hour recall by an expert dietitian (DKS) prior to the start of the study, and standardized food models were provided to all schools for use during the 24 hour recall. This measure has been shown to be a valid and reliable representation of a child's overall diet in previous research22.

Physical activity interview: Nurses administered this interview of activity habits to children, after being trained by research staff. This measure has been shown to be a valid and reliable measure in previous research20.

Height: All schools were provided with a Nasco Mechanical Stadiometer, Model SB32644G (Nasco; Fort Atkinson, WI, USA), with built-in leveling bubble and locking headpiece to measure height throughout the study. Nurses were trained in proper use of a stadiometer prior to data collection, and all heights were taken in triplicate.

Weight: All schools were provided with a Nasco 400# capacity Digital Column Scale (Nasco; Fort Atkinson, WI, USA) to measure weight throughout the study. Nurses were trained in proper use of a digital scale prior to data collection, and all weights were taken in triplicate.

Body mass index: Based upon their height and weight, each child's BMI was calculated using the metric formula BMI = [Weight in kg/ Height in cm/ Height in cm] x 10 000. Each BMI was then plotted on an age/sex chart, allowing the computation of each child's BMI percentile. As is recommended by the Centers for Disease Control23, children over the 85th percentile were considered at risk for overweight and children over the 95th percentile were considered overweight. In addition to being recommended as the primary measure of child weight status by the CDC and the American Academy of Pediatrics, BMI percentile was chosen as our measure of child weight status as current research indicates it is the best variable for measuring adiposity change in growing children24.

Because there were two measures of dietary intake, these measures were collapsed prior to data analysis, as done in previous nation-wide studies25. Each measure was analyzed for total energy in kilocalories and percent calories from fat and then these two data points were averaged for each participant to arrive at the two variables total energy per day and percentage of calories from fat per day for each participant.

Physical activity analyses indicated METs were lower for participants in rural schools, suggesting children in the urban schools engaged in more physical activity than children in rural schools. Interestingly, though, the same measures also indicated that children from urban areas engaged in higher rates of sedentary activity than children from rural schools. Although these two pieces of data may seem to conflict, it is possible that children from rural areas were engaging in activities that are not covered by traditional physical activity assessments, such as caring for animals or doing other farm based activities. Therefore, the urban children would receive higher scores on the measures simply because the physical activity measures applied more to their activities, whereas the rural children would score lower because the measures did not capture how they were likely to spend their time. Urban children engaged in a higher number of physical activities, but rural children engaged in more strenuous activity and were more likely to play on a sports team. This was a somewhat surprising finding as we had predicted rural children would be less likely to play on sports teams due to the long travel times between school and home. Regarding sedentary activity, urban children engaged in more sedentary activity, particularly with TV and video games, and rural children tended to spend more time on the computer. This, again, was a surprising finding as we had anticipated rural settings would have more trouble procuring internet services, a major reason children spend time on the computer. Future research will need to further assess this relationship between sedentary activity habits and rural/urban status.

Our findings indicate that traditional weight loss interventions that have been primarily studied on children in urban areas may need to be altered for use with rural children. Interventions specifically targeting rural children who are overweight may need to focus on the heaviest children, as our data indicate children in rural areas over the 85th percentile were more likely to fall into the overweight category. Children in rural schools were quite active, but their variety of activities was somewhat limited, so increasing variety of activities may be important. Regarding eating habits, children from rural areas may need more information on decreasing junk food at snacks, decreasing late night snacking and portion size violations (particularly with cereal and milk) as our data indicate rural children were likely to engage in these unhealthy behaviors.

There are several limitations to the current study. First, our urban and rural groups were not balanced on race or socio-economic status, and we were not able to control for these differences statistically due to lack of power. Recruiting balanced samples on race alone would have required extensive efforts, as population statistics indicate that 93.5% of rural school children are Caucasian, while only 12.5% of urban children are Caucasian. There are numerous data to indicate that health behaviors do significantly differ among individuals with different racial and ethnic backgrounds, so our results should be interpreted with caution given this limitation26-28. Second, our sample sizes were small and we could have been insufficiently powered to detect meaningful differences between groups. Small sample sizes were predominantly due to marginal participation rates. Participation rates were acceptable at three schools given that active parental consent was required, but were very low at a fourth school (one of our urban schools). We believe the participation rates were poor at this school because the nurse was unable to disperse all of the recruitment flyers as planned, and did not give parent reminders. Also, there were fewer rural children than urban children who participated. Although rates of participation were equal across the two groups, there are simply fewer children in rural schools. Finally, our measures of diet and physical activity were self-reported. Although these self-reported measures are commonly used in the literature and have demonstrated acceptable reliability and validity, they still have many limitations.

7. Must AS, Strauss RS. Risks and consequences of childhood and adolescent obesity. International Journal of Obesity and Related Metabolic Disorders 1999; 23(Suppl 2): S2-S11.

This PDF has been produced for your convenience. Always refer to the live site https://www.rrh.org.au/journal/article/810 for the Version of Record.