Errors in death certificates in a rural area of Greece 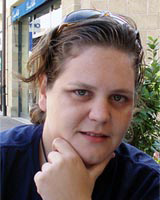 Introduction: A death certificate is the formal document in which a physician records the time, cause and circumstances under which the death of an individual has occurred. Morbidity and mortality statistics are mainly based on the analysis of these certificates, and inaccuracies in the detail may lead to biased estimation in several epidemiological parameters. The aim of this study was to examine the quality of cause of death in death certificates in a rural area of Greece, and to identify factors that may be associated with inaccuracies in the completion of these death certificates.
Methods: All death certificates archived in the municipality of Tritaia during the period 1999-2006 were examined. Statistical analysis was performed by comparing the proportions of the unpaired case. The state of independence among the various variables was investigated by considering the class of discrete graphical models.
Results: In total, 516 death certificates were examined; 5.6% (29/516) were excluded because of insufficient demographic data. The remaining 487 death certificates were analyzed with the following findings: 51.5% were for males and 48.5% females (median age 82 years, range 5-103 years; and 83 years, range 0-104, respectively); and 39.4% (192/487) were correctly completed. In 168 the mechanism of death was given; in 72 multiple causal sequences were given; in 22 a single/not precise cause was given; and in 33 a single causal sequence with incorrect order was given. In all, 20.1% were completed by a physician of the regional health centre. Gender was not associated with the presence of error (p = 0.352). Errors were present in 63.8% (270/423) of the death certificates in deceased individuals ≥60 years and in 39.1% (25/64) of the death certificates in individuals ≤59 years (p<0.001). In 19.7% of the erroneously completed death certificates, the certifier was a physician working in primary health care. The presence of errors in death certificates decreased from 74.6% in 1999 to 51.8% in 2006 (p = 0.004).
Conclusions: Giving the mechanism instead of the cause of death was the most frequent type of error. A statistically significant increase in the presence of errors was observed as the age of the descendent increased. During these 8 years, there has been a statistically significant decrease in errors. However, efforts should be made by trainers and physicians in order to improve the accuracy of the information in death certificates. If this is accomplished, cause-of-death statistics will be more accurate and so enable better health planning.

The death certificate is the formal document in which a physician records the time, cause and circumstances of the death of an individual. Morbidity and mortality statistical studies are mainly based on the analysis of these certificates1-3. Consequently, inaccuracies in the completion of death certificates may lead to biased estimation of several epidemiological parameters4,5.

Almost every physician will have to complete at least one death certificate in his career. However, teaching the precise wording and formulation of causes of death is not usually included either in undergraduate or in postgraduate medical education6-9. Weeramanthri et al. estimated the impact of an educational intervention on physicians' improvements in completing death certificates10. They showed a non-significant reduction in the error rate10. Following this, Myers and Farguhar examined the impact of an interactive learning method on error rates in the completion of death certificates, reporting a statistically significant decrease in errors11.

It is obvious that errors in the completion of death certificates present a problem from the legal standpoint, as well as for the purposes of collecting relevant vital statistics data from which to draw conclusions. Accordingly, every effort must be made to ensure that the completion of death certificates is performed in the most specific, accurate and complete fashion.

The goal of the present study was to review all death certificate records during an eight year period in a rural region of western Greece, as well as to evaluate the quality of cause-of-death statistics.

A retrospective study was conducted in an effort to determine the frequency and type of errors observed during the completion of a death certificate. The study was approved by the director of Erymantheia's Health Center, Greece. All original death certificates archived in the municipality of Tritaia during the period 1999-2006 were examined.

Two authors of the present study (PFK and MK), independently verified all death certificates to discover the type of any error in each. In the case of four documents, the two authors classified the error according to different types but achieved consensus after discussion.

The structure of death certificate

All death certificates should be completed in accordance with the World Health Organization (WHO) standard structure12. Briefly, such a certificate is generally composed of two segments:

This study did not validate the cause-of-death diagnoses because no medical records or autopsy information were available. However, the death certificates were examined for inaccuracies in their completion. For this purpose, we adapted the classification system used by Leadbeatter et al and Lu et al13,14. The errors encountered were classified into four categories:

Statistical analysis was performed using SPSS 14.0 for Windows (SPSS Inc; Chicago, IL, USA), Microsoft Office Excel 2003 and MIM 3.2 (http://www.hypergraph.dk). Age was expressed as median and range. A comparison of the results was made by comparing the proportions of the unpaired case. More specifically, the null hypothesis was tested approximately by taking

as a standardized normal deviate15.

With regard to the state of independence among the variables 'gender', 'error type', 'age' and 'doctor origin', investigation was performed by considering the class of discrete graphical models16. According to this method, a graph is formed consisting of nodes; each node represents a variable. The presence of connecting lines (undirected edges) between the nodes can be interpreted in terms of conditional independence between them. With regard to the evaluation of dependence between the different variables, we started from the saturated model that represents the model of no independence between any two nodes, and we performed statistical significance tests in order to examine whether a simpler model could fit the data within acceptable limits. The tests were based on the Akaike Information Criterion (AIC) score, which takes into consideration quality of fit, as well as the model's complexity. This procedure, called backward selection, attempts to delete existing edges in a stepwise manner. The process ends when no significant reduction of ΑIC score is achieved and the model chosen best fits the data. MIM 3.2 was used for the analysis. The significance level was set at 0.05.

The different types of error according to the characteristics of the decedent and the certifying physician are given (Table 1).

Table 1: The frequency distribution of the errors by age and sex of the deceased and by the specialty of the certifying physician

Figure 1 shows the final model that was produced from the analysis of dependence among the variables using MIM 3.2. The 'model selection' procedure of the log-linear analysis of SPSS 14.0 gave similar results.

What is evident from the graph is that the 'error type' is directly dependent on 'age', while its dependence on the rest of the variables passes through 'age'. In other words, 'error type' is rendered independent of the other variables, provided that we have knowledge of 'age'.

The present study was an attempt to estimate the accuracy of death certificate completion in a region of western Greece, using the data from death certificates over an 8 year period. Almost two-thirds of the death certificates (60.6%) were erroneously completed. The most frequent type of error was Error A, where the mechanism but not cause of death was given. It is encouraging that during these 8 years there has been a statistically significant decrease in the presence of error.

The rate of Error B was 14.8% (72/487), and second most frequent in our study. Physicians tend to report causes of death according to their severity, as well as being the main reason for admission14. Increased life expectancy has led to a multivariate cause of death, and it is increasingly likely that death is due to conditions affecting multiple organ systems (eg cardiovascular-renal disease). As a result, the assignment of a single cause of death will result in the loss of diagnostic information. For this reason, a new form of death certificate with the option of recording multiple diagnoses should be developed.

The rate of Error C was 4.5% (22/487). This type of error does not change the ranking of the leading causes of death if the two-digit codes of the International Classification of Diseases, 9th revision (ICD-9) are used18.

The classification of errors used in this study was previously proposed and tested in the literature13,14. Another way of analyzing the death certificates would be through the rule system described in the ICD-1012. In this system, five rules are proposed in order to correct errors occurring in completion of the main conditions that lead to death. Reviewing death certificates using this system, observed errors could be easily corrected. However, the adoption of this system was not feasible during our study.

The most important factor associated with the rate of errors is the age of the deceased. As age advances, co-morbidity increases, and this makes it difficult for a physician to distinguish a single causal sequence14. This is consistent with our results.

Finally, in our study we report a decrease in the presence of errors in death certification between the years 1999 and 2006. This may be because greater efforts have been made to improving physicians' certifying skills. However, further and on-going educational intervention is required.

Despite our analysis, a potential pitfall is the lack of medical records and autopsy results. However, the primary goal of this study was to detect physicians' certifying errors, rather than identify the cause of death itself. Furthermore, these data could not be obtained at the time of the study. Another limitation is the absence of the classification system ICD-10, which categorizes errors in the completion of death certificates into five groups. However, this system has not been widely used in the studied region and physicians are not yet familiar with it.

In conclusion, the efforts of both trainers and physicians are required in order to improve the quality of diagnostic information in death certificates. In this way, more accurate cause-of-death statistics derived from death certificates will lead to better health planning.

2. Kircher T, Anderson RE. Cause of death: proper completion of the death certificate. The Journal of American Medical Association 1987; 258: 349-352.

3. Crowcroft N, Majeed A. Improving the certification of death and the usefulness of routine mortality statistics. Clinical Medicine 2001; 1: 122-125.

19. James DS, Bull AD. Death certification: is correct formulation of cause of death related to seniority or experience? Journal of the Royal College of Physicians of London 1995; 29: 424-428.

This PDF has been produced for your convenience. Always refer to the live site https://www.rrh.org.au/journal/article/822 for the Version of Record.