Who is afraid of Staphylococcus? 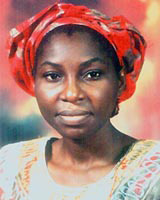 The continent of Africa has an extraordinary richness of flora, and a tradition of herbal or traditional medicines1. The low cost and high acceptance2 of, and ease of access3 to such 'therapies' make them the most common form of African alternative medicine. However, only a relatively small number of plant species and their extracts have been studied4, with minimal information available regarding their safety and efficacy in treating human ailments. In Nigeria, where there is low access to basic primary health care in many parts of the country, consumer preference for consultations with traditional herbal practitioners is increasing5. However, few of the traditional practitioners are literate.

On 30 September 1992, the government of Nigeria promulgated the Medical and Dental Practitioners (Amendment) Decree No. 78, which placed natural medicine (traditional and alternative medicine) side by side with orthodox medicine. Since then, traditional/herbal medical practitioners have become outspoken advocates against orthodox medicine, including an unparalleled increase in the volume and type of advertising by Nigeria herbal practitioners. Their claims are often assisted by sensational and misleading news items on health related issues in the news media. Even the most incorrect and ignorant claims by herbal practitioners are unchallenged by any regulating body, to the disadvantage of patients who suffer the consequences of incorrectly treated, or neglected disease.

One extraordinary claim, for example, relates to the Gram-positive bacterium Staphylococcus, which is not, and never has been, a disease but has become a national phenomenon amongst the Nigerian herbal practitioners as 'Staphylococcus disease'. Their ignorant, inflammatory and deceptive advertising presents this simple organism as, among other conditions, 'the deadliest sexually transmitted disease'6. Many outrageous and unscientific claims are made about the effect of Staphylococcus on fertility, sexual function and even potency, associating it with an array of STI7,8-11. Further, it is even suggested that 'staph' is an hereditary disease, or that it can be contracted from using a pit toilet or a pubic swimming pool, and that it is responsible for a wide variety of systemic symptoms. Traditional practitioners advise that only they possess the remedy (herbal) to rid the body of this 'scourge'6,8.

Alarmingly, these practitioners also advocate against the use of medications such as antibiotics7,12, which are required to treat legitimate staphylococcal infections, such as staphylococcal pneumonia13 or wound infections14. This is especially dangerous misinformation in the event of a multi-resistant Staphylococcus aureus (MRSA) infection14 in susceptible individuals in the population, such as those suffering from diabetes, malnourishment, the elderly, and those with other chronic diseases15.

Sexually transmitted infections (STI), as well as reproductive tract infections have become an increasingly serious public health problem among African communities in recent years, in part because of changing sexual behaviors16. This includes an alarming rise in HIV/AIDS, and Nigeria is no exception. A belief in the claims of herbalists could result in a delay in diagnosis and treatment of an STI, with tragic results.

It is important to expose the ignorance of many Nigerian traditional practitioners, especially those peddling herbal potions. The media must be cautioned to uphold the tenets of journalism, especially when reporting health issues. The Nigerian government must regulate the activities of the traditional herbal/alternative practitioners, including the imposition and enforcement of penalties for false advertising. The National Agency for Food and Drug Administration Control (NAFDAC) should determine the required quality of so-called herbal medications and impose regulatory controls. More resources should go into improving access to primary health care. And, finally, the general public in this and other developing counties should be educated to obtain medical attention from appropriate practitioners. Such interventions will not only promote health, but also protect lives.

Correction: A change was made to reference 16 on 24 September 2007. Previous reference 16 cited as: World Health Organization. Global prevalence and incidence of selected curable sexually transmitted infections. Overview and estimates. Geneva: WHO, 2001.

This PDF has been produced for your convenience. Always refer to the live site https://www.rrh.org.au/journal/article/826 for the Version of Record.