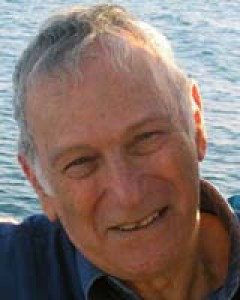 © Michael L Alkan, Shifra Shvarts 2007 A licence to publish this material has been given to ARHEN, arhen.org.au

We would like to bring to your readers' attention a unique and idiosyncratic model for providing health care to a large isolated population. The model was developed during a specific historical situation in East Africa.

The geographically isolated Ethiopia in East Africa existed as a self-sufficient kingdom for many centuries1. The origins of the Ethiopian Jews, who formed one of Ethiopia's three major religions along with Christianity and Islam, are obscure. Although their existence only became known to the Jewish world late in the 19th century2, by the early 1980s over 15 000 Ethiopean Jews had immigrated to Israel. However, between 1985 and 1989, amid civil war, drought and famine, the Ethiopian authorities limited the movement of all citizens, Jews included, making immigration almost impossible.

Between November 1988 and May 1991, amid civil war, over 15 000 Ethiopian Jews who were mostly farming families from the rural north, were brought to the capital Addis Ababa in buses financed by Jewish communities of the USA and Canada. These displaced people waited in a compound in Addis Ababa for permission to fly to Israel, or for a more suitable residence in the city.

Medical services in the city were chaotic because the few existing hospitals were treating wounded soldiers from the front line. Private physicians were seeing many patients and showed no inclination towards treating internally displaced persons. As the displaced population suffered from a diverse range of illnesses (including malnutrition, malaria, tuberculosis, helminthes, hepatitis B, treponema and HIV) it became obvious that a health service was badly needed3-9.

However the establishment of healthcare services was not an easy undertaking. The internal situation in Ethiopia had deteriorated, with the rebels' blockade of the two Red Sea ports causing a chronic fuel shortage and erratic power supply. Housing outside the camp was found for some, and by August 1990 the Jews in Addis Ababa were scattered all over the city, with the number of people, their places of accommodation and their health status only partially known to the decision-makers. The number of deaths among Jews in Addis Ababa soared, receiving international publicity, especially in the USA and Israel.

Financial support from Israel and the USA enabled some faltering attempts at health care, which included the opening of a central clinic in Addis Ababa. The clinic operated for 6 years but closed due to danger from rebel forces. A Dr Theodore Meyers, an American internist and psychiatrist who had previously worked with refugees, was involved in the clinic. He concluded that infections were the main cause of morbidity and mortality among the Jews.

In 1990 Dr Meyers decided to implement a method of health care he had seen in refugee camps in Sudan10. By this time there were few families housed in the camp, so the city was mapped demographically and a home visiting program implemented. This assured case finding, especially those suffering from tuberculosis, and better vaccine coverage for children. Dr Meyers hired two nurses from the abandoned clinic to recruit young Ethiopian Jews. These young people were trained by the nurses as home visitors to become the first cohort of community healthcare workers. A reporting system was designed, and each para-professional home visitor was made responsible for weekly visits to 50 families in one neighborhood.

Dr Meyers' home visiting program was expanded to reach the whole Jewish community in Addis Ababa. It was run by an Ethiopian nurse with one administrative assistant (Fig1). They sent six medics (who had had a 3 year training in Ethiopia) to different neighborhoods, and each of these directed and supervised 15 para-professionals with minimal training, who made weekly home visits to 40-50 families, identifying sickness, malnutrition and non-compliance with childhood vaccination. They also had the authority to supply extra blankets or donated clothing when necessary.

A reporting system was developed. Each para-professional submitted a daily list of visits to the medics, who presented compiled lists to the head nurse. The program served approximately 4000 families. In order to cope with identified needs, additional doctors and nurses were hired, medical personnel came from Israel, and medications were sent from the USA. In the case of a death, the family was given financial aid in return for a detailed history and demographics of the deceased, which were added to tabulated community mortality rates and other statistics11.

The home visiting operation was not without its difficulties; however identified areas of need were targeted (eg a treatment and preventive program was commenced for tuberculosis). In addition, approximately 20 000 adults and children were accessed during the immunization campaign. Mortality began to decrease. Unfortunately, apart from one publication12, comparison with mortality figures for the general population rate is difficult, due to an absence of Ethiopian statistics for the period.

In May 1991, amid utter chaos as the city fell to the rebels, and services such as power and telephones failed, the home visiting system was also used by Israeli embassy staff. It enabled assembly of the whole community in the embassy compound within hours when their evacuation was imminent. In this way, just days before the government of Ethiopia fell, 15 000 Jews were airlifted to Israel over one weekend.

There is sparse documentation of medical services in Ethiopia at the time reported, and the information presented here was established by interview of participants, and from research in the archives of Dr T Meyers. Estimating program costs is difficult due to lack of financial data. However, the home visiting team salaries were low, and there were only six or seven senior staff for the entire period of the program.

Nevertheless, this unique home visiting program can be used as a model in similar situations. It is based on a thorough demographic survey that accurately maps the whereabouts of clients, and the recruitment of willing and able home visitors from within the needy community.

11. Yilma S. The road to Jerusalem: the beginning of Jewish immigration and absorption. Tel Aviv: Reshafim, 1995.

This PDF has been produced for your convenience. Always refer to the live site https://www.rrh.org.au/journal/article/829 for the Version of Record.