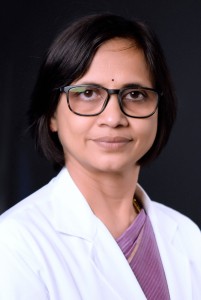 Diabetes mellitus, particularly type II, is a major public health concern worldwide. While the occurrence of diabetic retinopathy cannot be prevented, with the provision of knowledge to sufferers, sight-threatening complications can be minimized. Purpose: To report the results of a KAP (Knowledge, Attitude and Practice) study among a rural population in two areas: diabetes mellitus (DM) and diabetic retinopathy (DR). The level of knowledge was evaluated for both DM and DR; however, the influence of knowledge on practices and attitude was evaluated in only the DR group.
Methods: In rural areas, 145 awareness meetings on DM and DR were conducted attended 28 347 individuals. Using systematic random sampling, the data were collected from every 14th individual. In total, 1938 individuals from a rural population were numbered for gaining their responses to the KAP questionnaire. Univariate and multiple regression analyses were performed to identify independent risk factors related to the knowledge of the disease and influence of this knowledge on attitude and practice.
Results: Of 1938 individuals, 966 (49.9%) had knowledge of DM and 718 (37.1%) had knowledge of DR. Knowledge about DM was more in women (OR=1.93; 95% CI: 1.55-2.39), in subjects who followed the Christian faith (OR=1.48; 95% CI: 1.07-2.04) and in those who belonged to the upper socioeconomic strata (OR=2.60; 95% CI: 1.84-3.67). The knowledge of DR was significantly higher among subjects who spoke the Malayalam language (OR=3.80; 95% CI: 2.03-7.13), who followed the Christian faith (OR=1.73; 95% CI: 1.27-2.35), and in those who belonged to the upper socioeconomic strata (OR=1.85; 95% CI: 1.32-2.58). Compared with those who had no knowledge of DR (n = 1220), significant percentages of individuals with knowledge (n = 718) had the right attitude - to go for regular eye examinations - (65.9% vs 93.3%) (p<0.0001) ). Regarding practice patterns, only 36.5% of individuals with knowledge about DR believed that if they controlled their blood sugar, they could avoid a visit to an ophthalmologist, compared with 55.5% with no knowledge (p<0.0001).
Conclusion: The results suggest that we need to propagate aggressive and comprehensive awareness models to educate rural populations on DM and DR.

Studies such as the Wisconsin Epidemiological Study have proved that microvascular complications such as diabetic retinopathy (DR) in the diabetic population are linked to the duration of the disease2. While the occurrence of DR cannot be prevented, its sight-threatening complications can be minimized. Previous research has shown that 63% of the rural diabetic population have not had an eye examination3. Similarly, the non-response to the invitation to attend DR screening camps was such that of 1076 people who were diagnosed as having diabetes in the diabetes-detection screening camps, only 125 (11.6%) attended the DR screening camps, conducted just one week later4.

Dandona et al5 also observed a low level (28.8%) of awareness about DR among an urban general population in India; and increased awareness of DR was found in individuals belonging to upper and middle socio-economic strata. The present study was undertaken to assess the awareness level or knowledge of diabetes and DR in a rural Indian population, and its association with their attitude and practice.

The detailed research methodology of our DR screening model in rural population is described elsewhere6. During these camps, we conducted 145 awareness meetings on diabetes and DR in the five contiguous southern Indian rural districts of Tamil Nadu (Kanchipuram, Vellore, Thiruvannamalai, Villupuram and Thiruvallur), India (Fig1).

Figure 1: Map of the study area in rural southern India.

Relevant strategy was used to create a targeted level of awareness of diabetes and DR. Awareness meetings were conducted at least one month prior to the screening camps in the study areas. The meetings were targeted at various population groups such as school children, youth, NGO/agencies such as self-help women's groups, Lions, Rotary etc.

Leaflets, banners, digital display monitors (in railway stations and post offices) and lamp post kiosks (a cylindrical structure on which awareness messages on card boards were displayed), wall paintings, stickers on city buses, posters, and audiovisual CDs containing information on diabetes and DR in the regional language Tamil were prepared. During the project period, special occasions like World Diabetes Day were celebrated with measures such as meetings, rallies and quizzes to create awareness.

Of the 28 347 individuals who attended awareness meetings, a systematic random sampling strategy was used, and data were collected from every 14th subject. In all, data were available for 1938 individuals.

The questions that evaluated knowledge included:

Attitude was assessed by asking: should subjects with diabetes go for eye examinations? The responses to the question, 'Does good control of blood sugar result in preventing a visit to an ophthalmologist?', indicated the practice pattern. Other questions elicited responses about the type of healthcare professional they visit for eye ailments, and currently available methods to treat DR. The responses to questions regarding their knowledge and attitude towards diabetes and DR were acquired in the format of 'yes', 'no' and 'do not know'.

Statistical analysis was performed with the SPSS v 13 (SPSS Inc; Chicago, IL, USA). Determinants of knowledge on diabetes and DR such as age, gender, language, literacy, religion and socioeconomic status were analyzed between the groups using univariate analysis followed by multiple logistic regression analysis. The association of knowledge of DR with attitude and practices was evaluated between the groups using univariate analysis (Chi-squared test). A two-tailed 'P' value of less than 0.05 was considered statistically significant; 95% confidence intervals (CI) of the estimates were calculated by assuming normal approximation of binomial distribution for prevalence of 1% or more and Poisson distribution for prevalence less than 1%. This method of analysis is similar to other KAP studies in eye health and, thus, enables comparison among the studies5.

A total of 1938 individuals in rural areas were interviewed for KAP study on diabetes and diabetic retinopathy. All patients were above the age of 15 years (mean age, 29±13 years; median, 25 years; range, 15-77 years). Women were 60.8% of the population.

Table 2 describes the attitude and practice patterns between the knowledge and no-knowledge groups. It shows that a higher percentage (93.3%, p<0.0001) of individuals having knowledge about DR felt that a person with diabetes needs to go for regular eye examination (showing correct attitude) compared with the no-knowledge group of DR. Of individuals who did not have knowledge about diabetic retinopathy, a higher percentage (55.5% p<0.0001) felt that if they kept their blood sugar under control they could avoid visiting an ophthalmologist (showing poor practice pattern).

Table 2: Association of knowledge of diabetic retinopathy on attitude and practice

Table 4: Choice of healthcare professional in the event of eye problem

Patients with type II diabetes mellitus at the time of initial diagnosis must undergo a dilated fundus examination to rule out evidence of diabetic retinopathy10. The results of this study suggested that only half of the screened population were aware of the disease, diabetes mellitus, and just 37% had knowledge about its eye complication, DR.

More individuals in the older age group (40-49 years), those who spoke Malayalam, who followed the Christian faith, and who had a high socioeconomic status all had better knowledge of diabetes and retinopathy. Literacy and its impact on increased awareness or knowledge of diseases was a known fact in earlier studies11,12 Malayalam is a regional language spoken in Kerala, the southernmost state of India with the highest level of literacy13. This further supports the proposition that education is important in creating awareness.

Although not statistically significant due to low numbers, a trend was observed towards higher levels of literacy among Christian participants of the present study. This is consistent with national data showing literacy among the Christian population as being high (80.3%, compared with the national average of 64.8%)13.

Knowledge of diabetes, but not of DR, was more common among women. These findings are attributed to the presence of powerful self-help women's groups in rural Tamil Nadu14. This information is of importance because most of the rural females were housewives. As one of the nodal points in awareness campaigns they would influence other family members.

Dandona et al5 also reported increased awareness about the possibility of diabetes causing impaired vision among subjects aged older than 30 years, among those with any level of education and among those belonging to upper and middle socioeconomic strata; however, they reported results in urban population of India. To the best of our knowledge, a KAP study of this nature in a rural general population has not been reported previously.

Another major finding of our study was the impact of knowledge of DR on attitude and practice. Comparison between the group with knowledge and the group with no knowledge revealed statistically significant differences in terms of adopting the correct attitude and practices related to DR. Overall, over 90% of individuals were aware of the importance of regular eye examinations, but approximately one-third were under the impression that control of blood sugar is enough to avoid visiting an ophthalmologist.

Despite having knowledge about DR, only half of the population studied knew about the effect of good control of diabetes on DR, and about the availability of laser treatment to treat DR. Surgery, as one of the options to treat complications of DR, was not known to approximately 60% of the study subjects. This showed some lacunae in their knowledge and the need for more aggressive awareness campaigns on this subject. Interestingly, those with knowledge of diabetes preferred to go to an ophthalmologist in the event of any eye problem.

Namperumalsamy et al15 found very low levels of awareness among non-medical persons in south India. We found similar trends of low awareness in KAP study of GPs16. While several advances have taken place in the treatment of DR, little has been done to initiate any mass awareness program on diabetes and its microvascular complications such as DR.

Awareness methodology specific for rural populations needs to be adopted6. Spreading knowledge of diabetes and related complications will motivate individuals with diabetes to visit ophthalmologists. This is an important step in preventing diabetes-related blindness.

Our study suggests that literacy, language and religion are interdependent factors associated with knowledge of diabetes and diabetic retinopathy. One useful approach may be to initiate literacy campaigns with a focus on creating awareness of health-related topics for rural populations.

The authors would like to acknowledge the Lions Club International Foundation and RD Tata Trust Mumbai for providing grants to the project.

8. Schmid KL, Schmid LM, Pedersen C. Knowledge of the ocular effects of diabetes among the general population of Australia and the members of Diabetes Australia. Clinical and Experimental Optometry 2003; 86(2): 91-103.

15. Namperumalsamy P, Kim R, Kaliaperumal K, Sekar A, Karthika A, Nirmalan PK. A pilot study on awareness of diabetic retinopathy among non-medical persons in South India. The challenge for eye care programmes in the region. Indian Journal of Ophthalmology 2004; 52: 247-251.

This PDF has been produced for your convenience. Always refer to the live site https://www.rrh.org.au/journal/article/838 for the Version of Record.