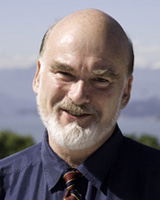 © Andrew Macnab, Jacob Rozmus, David Benton, Faith Gagnon 2008 A licence to publish this material has been given to ARHEN, arhen.org.au

Introduction: Surveys of dental health among Aboriginal children in Canada, using scales such as the Decayed, Missing, and Filled Teeth (DMFT) score, indicate that Aboriginal children have 2 to 3 times poorer oral health compared with other populations. A remote First Nations community approached requested assistance in addressing the health of their children. The objective was to work with the community to improve oral health and knowledge among school children. The hypothesis formulated was that after 3 years of the program there would be a significant decrease in dmft/DMFT (primary/permanent) score.
Methods: This was a cross-sectional study of all school-aged children in a small, remote First Nations community. Pre- and post- intervention evaluation of oral health was conducted by a dentist not involved in the study. The intervention consisted of a school-based program with daily brush-ins, fluoride application, educational presentations, and a recognition/incentive scheme.
Results: Twenty-six children were assessed prior to the intervention, representing 45% of the 58 children then in the community. All 40 children in the community were assessed following the intervention. Prior to the intervention, 8% of children were cavity free. Following 3 years of the intervention, 32% were cavity free. Among the 13 children assessed both pre- and post-intervention, dmft/DMFT score improved significantly (p <0.005). The visiting hygienist noted increased knowledge about oral health.
Conclusion: A community- and university-supported, school-based, collaborative oral health program improved oral health and knowledge among children in a remote First Nations community.

Surveys of dental health among Aboriginal children in Canada, using scales such as the Decayed, Missing, and Filled Teeth (DMFT) score, indicate that Aboriginal children have 2 to 3 times poorer oral health compared with other populations1-3. A Health Canada report from August 2000 indicates that dental decay rates range from 3 to 5 times greater than in the non-Aboriginal Canadian population4. Statistics from the USA indicate similar discrepancies, with 1999 data showing an incidence of decayed or filled teeth 5 to 6 times greater among Aboriginal Americans compared with non-Aboriginal Americans5. Recent statistics from British Columbia (BC) First Nations children are equally troubling. Causes include giving bottles of milk or apple juice to babies to soothe them, high-sugar diets, and poor or irregular access to dental care. Similar observations of poor dental hygiene and high consumption of sugar-sweetened drinks and food are reported among Aboriginal children living in remote communities in Australia6. Poor oral health is of particular concern now that evidence exists that this chronic inflammatory process may predispose individuals to a higher incidence of diabetes, coronary artery disease and even premature labor7. This makes the issue of oral health all the more pressing in Aboriginal children.

An opportunity arose for the Pediatric Residency Program at The University of British Columbia (UBC) to establish a partnership with the people of Hartley Bay, a remote First Nations community with a population of 200-300. In return for addressing the caommunity's concerns about their children's health, the university's trainees would gain practical experience of First Nations and remote community health issues by being invited into the community. Following several meetings with the elders of the community and the community health staff, oral health was identified as a problem with the potential to show positive results in a relatively short period of time, and have a significant impact on a wide range of First Nations issues - from self-esteem to long-term cardiac health. A variety of possible interventions that could be implemented in the community were identified and presented to the Health Director and Band Council in the community. These included:

The option of a school-based program was selected, and the process and method of delivery were determined by consultation with the community. The rationale was that this was a project involving children, and therefore the program delivery should be school-based and include all children of school age in the community. The school principal and teachers were involved in the design of the program.

We hypothesized that after 3 years of the program there would be a significant decrease in dmft/DMFT (primary teeth/permanent teeth) score in a cross-sectional study, and that pre-post evaluation of individuals would reveal significant improvement in 'cavity free' status.

The primary outcome measures were:

The Pediatric Residency program provided teams consisting of two medical residents and a faculty supervisor. Residents were given instruction in oral health, attended a dental clinic, and were provided with information on working with First Nations communities prior to their first visits. Teams visited the community for 3 days approximately every 6 to 8 weeks, providing well-child clinics at the invitation of the community, and implementing and supporting the oral health program. The team worked with the nurses, the school, and the council to maintain the program, and the residents gave health promotion, injury prevention, science career and general interest presentations to the school, the parents, and the elders.

The oral health program consisted of a:

The community was invited to become a clinical teaching facility of the Faculty of Medicine. Primary care physicians and other health care providers (eg dentists) who usually attend the band members were sent a letter describing the project and assuring them that there was no intent to decrease the utilization of their services or interfere in their relationship with their patients.

Table 2: Data for children assessed both before and after the intervention

Table 3: Results of a brief questionnaire on oral health behaviours

The program is still in progress. One hundred percent of the children remain enrolled, and pride in their success and motivation of each other is very evident. The community can see a marked improvement and remains very positive about the program. Teachers award prizes weekly, monthly and annually for participation, and the school maintains a wall of photographs of children who are caries free as a measure of their success.

The response of the community was consistently positive, and resulted in requests for additional interventions, including immunization and screening for type 2 diabetes. The pediatric trainees reported significant increase in insight and understanding of the issues and obstacles faced by their aboriginal patients in remote communities. Evaluations included responses such as 'this was the best rotation' and 'this was the most valuable learning experience in the program'. Royal College of Physicians and Surgeons' (Canada) review of UBC residency program in 2007 concluded that the Hartley Bay experience was one of the program's greatest strengths.

At pre-intervention assessment, 92% of children had at least one cavity. This was consistent with other recent Canadian surveys. A 1999 survey of dental health among children aged 18 to 36 months in a First Nations community in Southern BC found that 31 of 35 (89%) children had at least one carious lesion, and 14% of primary tooth surfaces were decayed. Examination of similarly-aged children in a First Nations community in the Cariboo region revealed that, on average, each child had approximately five decayed primary teeth, and only 21% of children were cavity free8. Data from studies in the USA show that the rate of carious lesions is not as high, with 35% of school children aged 6 to 14 years, and 11.5% of children aged 15 to 19 years having no caries5.

Our results also indicate that there was a significant improvement, assessed by questionnaire, in all oral health behaviours, except brushing teeth at home, which decreased, possibly because children were brushing their teeth at school. Programs that incorporate ongoing enthusiastic support, education, and follow up from visiting multidisciplinary health professionals may have a positive impact on behaviours that affect oral health among children living in remote Aboriginal communities. This may allow healthcare providers to address the oral health problems that are reported to affect Aboriginal children living in remote communities throughout the world1-6.

The partnership proved to be more successful than either group anticipated. The visits of the trainees are eagerly anticipated by both the trainees and the community. The dental education received by the pediatric trainees is supported by Mouradian et al. in their call for medical-dental collaborations to improve health disparities9, and by Gussy et al. in their study that found that young children are more likely to receive pediatric care than dental care, and that thus primary care-givers and pediatricians would be well placed to offer advice that could help reduce early childhood caries10.

Both groups have learned valuable lessons from one another11,12. The oral health program has led to community requests for other initiatives, notably a nutrition survey and an immunization program that now has 100% of the children fully immunized.

The fact that the partnership has thrived and expanded is due in large part to the success and popularity of its central component, the oral health program. This choice to address oral health was driven by identified community need and also provided a realistic and achievable goal. This supports the philosophy that achieving a small success and then building on it will promote trust and open other avenues of collaboration.

This PDF has been produced for your convenience. Always refer to the live site https://www.rrh.org.au/journal/article/882 for the Version of Record.