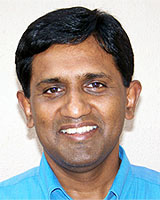 Thomas J.  Public health implications of the 'National emergency intervention to protect the Indigenous children in the Northern Territory of Australia'. Rural and Remote Health 2008; 8: 951. https://doi.org/10.22605/RRH951

© Joe Thomas 2008 A licence to publish this material has been given to ARHEN, arhen.org.au

The Australian Federal government's Northern Territory Emergency Response (NTER) to protect Aboriginal children deserves a closer analysis. Numerous studies and reports in the past have chronicled the plight of Indigenous Australians1,2. The Wild and Anderson report3 commissioned by the Northern Territory Government attracted an unusually swift response from the Federal Government. Various aspects of this response have been debated and analyzed4-6 but there has been very limited analysis on the public health implications of this intervention.

The overall philosophy of the NTER does not differ much from the observations made by the authors of the 'Stolen Children's' report1. In Western terms, welfare as a form of child saving has its origins in the late 19th century middle-class concerns about the dangerous classes, single mothers and working-class families in industrialised regions of England1, and aboriginality is historically characterised as morally deficient. According to Gilbert, Thomas and Dingwall et al, cited in1, the current focus on child-saving facilitates blaming the family; and viewing the problem as a product of pathology or dysfunction among the members rather than a product of structural circumstances, which are part of a wider historical and social context.

The Australian Government's legislation package addressing "the national emergency in the Northern Territory" passed on 17 August 2007, consists of five bills declared as special measures for the purposes of the Racial Discrimination Act 1975.

The tone of the Wild and Anderson report was set by the common words or concepts that emerged in the course of the consultations. They were: dialogue, empowerment, ownership, awareness, healing, reconciliation, strong family, culture and law3. The report further noted that there is nothing new or extraordinary in the allegations of sexual abuse of Aboriginal children in the Northern Territory. What is new is the publicity and raising of awareness of the issue to the wider community.

Sexual abuse of children is not restricted to people of Aboriginal descent, nor is it committed by Aboriginals, or just in the Northern Territory. The phenomenon knows no racial, age or gender borders. It is a national and international problem. Reportedly 85% of notifications for suspected child abuse occur in non-Indigenous children in Australia7.

The ethics framework for public health interventions provided by Nancy E Kass8 is a useful tool to analyse the public health implications of NTER. The overall goal of the NTER is presented as a set of broad ranging measures, to protect children, stabilise communities, normalise services and infrastructure and provide longer term support to build better communities9. The NTER, however, does not provide a clear public health goal in terms of public health improvement, or in terms of reduction of morbidity or mortality.

There is no clear evidence to indicate that the assumptions behind the NTER are based on any sound public health or health promotion principles. Health promotion is 'the process of enabling individuals and communities to increase control over the determinants of health and thereby improving their health'10. Lack of clarity in the goals of the NTER means the program effectiveness in achieving public health goals is compromised at the onset. Any genuine effort to address child abuse in communities must take into account the environmental factors that facilitate widespread child abuse. Health promotion is about working with people not on them; it starts and ends with the local community; it is directed to the underlying as well as immediate causes of health, and balances concern with the individual and the environment; emphasizes the positive dimensions of health and concerns and should involve all sectors of society and the environment8.

There is a lack of clear justification on the linkages between the prevention of child abuse and the need to deploy the military, the compulsory acquisition of townships currently held under the title provisions of the Native Title, and the suspension of the permit system to enter the Indigenous communities.

Although the widely perceived social welfare goals of the NTER may be desirable, considering the history of relationship between the Indigenous population and the settlers, NTER provides ample opportunities to exacerbate further disempowerment of Indigenous population.

One of the solutions to the disagreements on the benefits and burden of the NTER is to establish a system of fair procedures. Procedural justice requires a society to engage in a democratic process to determine which public health functions it wants its government to maintain, recognizing that some infringements of liberty and other burdens are unavoidable.

We live in a pluralistic society where individuals and communities are respected and valued equally. The right to decide and to assess the benefits and burden of any public health program on any community is one of the values of a pluralist society. Ultimately, different communities have a right to comment on public policies, based on their own balancing of benefits and burdens. The state has a responsibility to present a fair process, or at least a pluralistic process, in steering local public health policy.

Additional resources for addressing the underlying disadvantages of the Indigenous population are always welcome. However the current impetus of the NTER is handicapped by its short-term political objectives. The NTER should explicitly address the fundamental causes of disease, and requirements for better health outcomes. The program should in no way compromise or disrespect the rights of individuals in the community, and should invite community members to offer inputs.

The post-election, political re-alignment provides an opportunity for an urgent review of the Commonwealth intervention in the Northern Territory, which could be the cornerstone for developing a public health intervention that respects health as a basic human right of the Indigenous population.

This PDF has been produced for your convenience. Always refer to the live site https://www.rrh.org.au/journal/article/951 for the Version of Record.